Why the Bay Area says AI is not just a buzzword anymore, and what India should do? 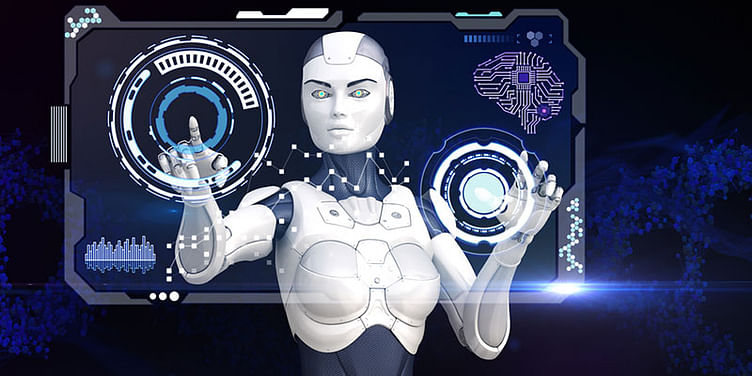 Gartner predicts that by 2020, cloud adoption strategies will influence more than 50 percent of IT outsourcing deals. The largest market will be SaaS market, which will double to $75 billion by 2020.

The new Blade Runner 2049 movie is a big draw among science fiction fans because it showcases what a dystopian future could look like. In that period, machines can repurpose themselves and also fall in love with intelligent virtual life. The movie presents an even darker future where Artificial Intelligence (AI) can spawn life.

Larry Ellison, Chairman of Oracle Corporation, wasted no time in saying that the era of Machine Learning (ML) and AI was going to repurpose jobs thanks to the new autonomous self-driving cloud database released by Oracle recently at the Oracle Open World Conference. “IT resources will be freed up to focus on Machine Learning instead of just patching security attacks and down time in databases,” he says. So while the Blade Runner life is still some years away. One can already see, to borrow a phrase from Neil Armstrong, a small step become a giant leap for mankind as software today can predict and prescribe to make informed decisions. The new Oracle database no longer needs drones of infrastructure engineers to run patches, it learns every time about the nature of data, automation of query patterns, the latency and the attacks happening on the system. Oracle apart, last year, Panoply, the data warehouse cloud, had already created an autonomous platform.

Recently, in an open letter to Larry Ellison, Yaniv Leven, CEO of Panoply, said that Oracle was not the first to deploy autonomous Machine Learning on the cloud. In an excerpt of the letter sent to the Press, Yevin says, “Yes, an Autonomous Machine learning DB is amazing, but it’s not the only and it's not the first. Panoply has 100s of customers in North America and Europe running their production data on a fully Autonomous Data warehouse right now (actually for over a year now).”

One must not view this statement as Panoply versus Oracle or a David versus Goliath moment. It is clearly the announcement of a single biggest shift in business model since the narrative of the cloud and big data began to take precedence – in technical and business reports - in the year 2010 and 2011.

What’s interesting to note is, that’s also the years when Infosys began to see changes in management and the debacle that came along till the return of one of the founders Nandan Nilekani this year, to steer the company. We cannot look at this development in isolation because the era of the great Indian IT Services companies and their business models have to radically change if they have to survive in the future. Vishal Sikka the former CEO of Infosys, was right when he said, “It is not services that will make you money, it is software with Machine Learning and AI that makes money.”

So, while Indian IT companies are trying to rejig their narratives to shareholders about the future, there is a lot more happening in the Bay Area that Indian companies must wake up to. There is no escaping the fact that IT is commoditised, they need platforms to usher organisations into a digital era, which includes Machine Learning, deep learning and AI to crunch data that can then use analytics services.

The case of being curious in the Bay Area

Walk into Menlo Park’s building 20 and you will see Facebook dedicating an entire team around AI. They have drawings across the AI section representing how the technology stack should respond to customer queries and are building small things like facial recognition on their platform. However, that is not the entire story of Facebook, the architecture of the 950,000 square feet office is built around individual expressions and is the right setting to building algorithms that think for themselves.

Drive down 20 minutes to Palo Alto or to the Fashion Island Boulevard and you have organisations like ScoreData and Reflektion solving customer issues with Machine Learning and AI.

Moidin Mohiuddin, the Co-founder of ScoreData, a mathematician and computer scientist, tells YourStory that today it is an absolute reality that machines are trained to understand patterns. ScoreData, for example, builds data models that help organisations and their agents better service their customers. “This is a simple use case. The tough part is to make the software understand customer behaviour on the go and answer queries based on their transaction history,” he says.

So what is Machine Learning, deep learning and AI?

Machine learning is to teach the machine tasks, deep learning is to understand patterns and how information keeps changing and AI is allowing the algorithm to make corrections and prescribe changes. “It is like a child learning how there is a barrier now and how he or she can avoid that barrier tomorrow,” says Amar Chokhawala, Founder of Reflektion. Amar’s company uses Machine Learning to predict the intent of the customer upon entering the website and suggests experiences to close a sale or to engage the customer further.

If you look at Indian counterparts, software-as-service is a big trend and today chatbots are part of that service. But every time there has to be a patch, since these are rule-based engines, human intervention is very high.

“Indian startups should remember to solve problems for global enterprises and the technology must be referenced by customers and there must be revenues,” says Naganand Doraswamy, Founder of IdeaSpring Capital.

On the other hand, the Indian software ecosystem is people heavy to maintain and serve accounts. With self-governing platforms like ScoreData and Reflektion, the job of people maintenance becomes redundant and talent is pushed into developing technology mentioned above. Is this going to be a problem? Mark Hurd, CEO of Oracle, says it is not going to be a problem. “The cloud frees up resources and it makes businesses efficient,” he adds.

Do Indian IT companies have to reinvent themselves?

What are Indian IT companies doing?

Indian IT companies are indeed innovating. Yet, today less than the 10 percent of the revenues of IT companies comes from the cloud and platforms. “We continue to invest heavily in leveraging AI purposefully to simplify work and reimagine the future of business,” says Ravi Kumar S, Deputy COO & President, Infosys. This year, Infosys announced the launch of their AI platform - Infosys Nia, which is a next generation AI platform that converges with big data/analytics, Machine Learning, knowledge management and cognitive automation capabilities. The NIA AI platform continues to play a dual role in enabling the future of IT services –automating the mundane activities around run and maintain part of Infosys portfolio and driving business value by harnessing the power of knowledge, data and insights to solve the most complex business challenges of their clients.

The industry clearly sees a shift to the cloud. Gartner Inc already predicts a big change in the cloud services ecosystem in India. "The overall global public cloud market is entering a period of stabilisation with its growth rate peaking at 18 percent in 2017 and then tapering off over the next few years," says Sid Nag, research director at Gartner.

Some organisations are still figuring out where cloud actually fits in their overall IT strategy in an effort to cost optimise and bring forth the path to transformation. Gartner predicts that by 2020, cloud adoption strategies will influence more than 50 percent of IT outsourcing deals. The largest market will be SaaS market, which will double to $75 billion by 2020. It is here that AI and Machine learning will be of biggest benefit along with platforms and infrastructure.

What Indian companies should do?

“Irrespective of the size of the business, customers are not willing to wait for more than three months without some business insight to drive these programs,” says Manoj Karanth, Associate Vice- President- Digital, Mindtree Limited. He adds that Mindtree would recommend that businesses take a use case led approach, collate the data required for solving business KPIs and scenarios while progressively improving them. “While this happens, always take a platform based view and progressively strengthen the same as the use cases get built,” he says.

Manoj also adds that a common best practice that Mindtree observed for organisations starting with limited budgets, is to choose cloud-based services as the core platform of choice and focus on architectures which separate storage and the compute leading to better operating spends with an ability to test and learn.

However, there is no denying that Indian IT stocks are getting battered because of the lack of innovation. Infosys stock itself went from Rs 1038 per share, exactly a year ago, to coming down to Rs 929 per share this October 13th. Even Wipro fell from Rs 441 a year ago to Rs 291.70 per share.

This signals that the entire value proposition of the industry is changing. It is time for startups and corporates in India to innovate globally. Unfortunately, the number of paying customers that Indian corporates work with is very small. “No wonder the startup ecosystem thrives in the US because most small and large businesses are willing to use technology,” says Amar of Reflektion.

India follows most trends from the US. But, it no longer has to because of its large engineering talent base. It can start building software for Indian problems. The only two barriers that they have to cross would be to receive business from Indian corporate and in the end get paid for their services. “This is something that the Indian ecosystem can learn from the US, being paid for the service is key to the success of any startup when they show results in the pilot phase,” says Vasudev Bhandarkar, Founder of ScoreData.

Perhaps, it is time to be independent of western developments and focus on Machine Learning and AI from an Indian perspective. There is after all a case to take these technological changes seriously especially when large corporations like Oracle are setting the agenda for the future of the enterprise to use IT without any people to maintain it.