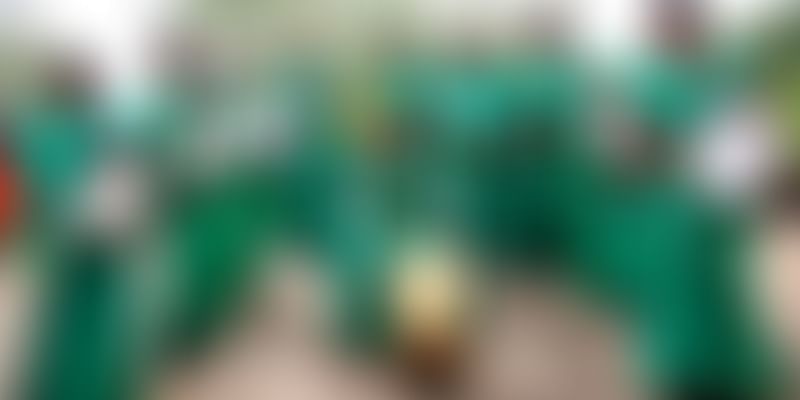 Women in Danapur, a town in Bihar, apply lipstick, pluck their eyebrows, and buy colourful clothes of their choosing. In other words, they spend their hard-earned money on themselves. ‘Nari Gunjan Sargam Musical Band’, which these women are part of, is the first all-female band in Bihar, possibly the whole of Eastern India. The name of the band literally translates to 'the humming of women'.

Drumming gives a sense of empowerment and liberation to these women who, just a few years ago, barely made Rs 100 a day working as daily-wage labourers.

That is why when given an option to learn to drum, they took it up without a moment's hesitation despite knowing it would not be approved of by society. Their belonging to the Dalit community only made things more difficult. As Sarita Devi told Scroll,

“Everyone dissuaded us. They told us that this is a man’s job, and people would complain if women played drums for special events. But we didn’t back down. We said that even if people complain, we’ll do it.”

The band is made up of around 12 women between the ages of 20 and 60, all of whom trained under music teacher Aditya Gunjan for more than a year before taking it up full-time.

These women initially earned Rs 5,000 for an event, which has now gone up to Rs 12,000. Talking about what this profession means to them, one of the women, Chhatiya, told Livemint,

“Travelling outside is the real fun. When we go somewhere we always hope to be able to stay for a day or two longer so we can see new things. We are ready to go anywhere now. The doors have opened for us.”

‘Nari Gunjan Sargam Musical Band’ is the brainchild of social worker Sudha Varghese from Kerala, who started the NGO Nari Gunjan (woman's voice) in 1987. The organisation has played a vital role in empowering thousands in Bihar.

With close to 100 alternative education centres, 900 women’s groups, and other vocational training courses, Sudha has been working to transform rural Bihar for three decades now.

`Do you have an interesting story to share? Please write to us at tci@yourstory.com. To stay updated with more positive news, please connect with us on Facebook and Twitter.