Blockchain and Bitcoin: separating wheat from the chaff 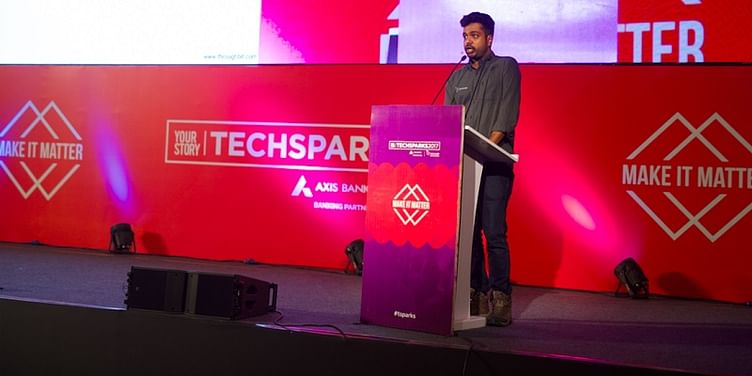 Bitcoin started in 2009 and was trading at a high of $28 in 2012, today it is worth $3690. But, investors are still wary about it becoming mainstream since a majority of them do not understand it as a medium of exchange.

Blockchain and Bitcoin are oft confused terms. They are used interchangeably, but they are different. Blockchain is the protocol on which Bitcoin is built. Blockchain is like the Https protocol of the internet on which several services can be built. ThroughBit’s Founder Abhishek Gopal says that Blockchain brings transparency to all services that involve multi-party transactions.

What is Blockchain? “It is a distributed ledger book and nobody owns or controls the ledger,” says Abhishek. It works on a network of computers across the world and runs on a consensus system, which makes the transaction immutable. This means you put any data in the Blockchain and the data remains there for a long time and it cannot be altered by any party without gaining consensus from all the parties involved.

The exchange of transactions on the blockchain is in real time and the system does not use legacy systems. The whole system does not have a single point of failure because the whole ledge is hosted on a multimode-network of computers. “This what makes the system transparent,” says Abhishek. He adds that the argument around Blockchain and Bitcoin is similar to the early days of internet, where people once feared the internet was going to destroy existing business models.

However, today the system prevails because investors backed the internet business and that’s why the internet is what it is today. “This is the situation where Bitcoin is today, just like the internet 20 years ago. Today when you hear about Bitcoin you think it finances terrorism. While I don’t deny this, it is not necessary to be scared that it will be volatile always, it has several benefits too,” he says.

If one has seen the evolution of finance. Banking was all about collateral loans and then came equity based investing, which was tied to the risk of the business. In the Bitcoin world ideas can be funded by it too.

In Bitcoin there is something called the Initial Coin Offerings, which is a method of crowdfunding ideas today, however, the value of it is only perceived on the Bitcoin exchange and nowhere else in the monetary system. “Bitcoin has created wealth for those who have bought in early. The problem today is that it is not controlled and is very volatile,” says Abhishek.

He ended the talk by saying that Blockchain creates trust-based systems on contracts between two parties. For example, in a cross-border trade system, there will be multi-parties moving documents from shipper to origin of destination including tracking payments. Since the Blockchain system tracks the origin of the order and the origin of manufacturing and the movement of the digital documents, then there is no way either party can renege on a contract to ship the goods or default from paying the parties in the value chain.

The chaff is about whether the government will make Bitcoin legal. Only time will tell if the system becomes the main stay, but while it is still early days the future is already here.