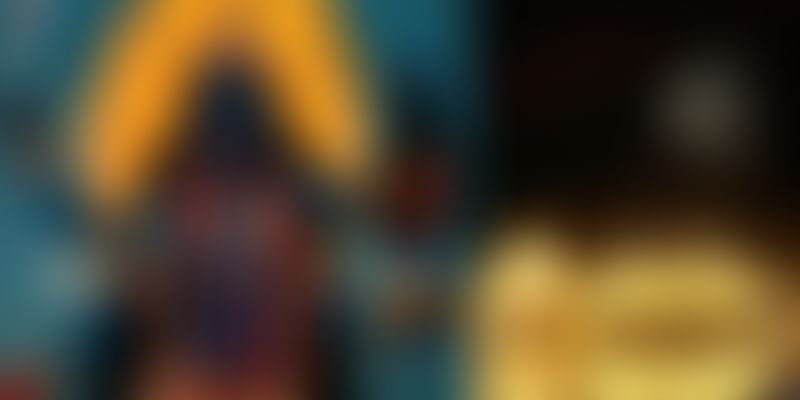 As rains subside and the winter winds begin to blow, Indians celebrate the darkest night of autumn with the festival of hope and lights.

Kolkata – The land of Kali

Kolkata worships and celebrates Goddess Kali – the destroyer of evil on the day when Goddess Lakshmi is celebrated pan-India. Kali Puja or Shyama Puja takes place at night and one can find idols of Kali in every corner not just in the city but across West Bengal.

On the day of Diwali, Amritsar’s Golden Temple lights up in all its glory. The temple was constructed during Diwali in the year 1577. Diwali and Baisakhi (harvesting festival) are the most important festivals for Sikhs. However, they do not worship any particular God or Goddess on this day. Instead, they celebrate Diwali to mark the release of Guru Hargobind Sahib, the sixth Guru from prison in 1619 who was unjustly imprisoned by Jahangir.

During the 17th and 18th century, the Sikh clans fighting the Mughal empire met twice a year, during Diwali and Baisakhi, to discuss their future plan of action.

But over time, Diwali has evolved to become a festival that celebrates peace and kindness. For instance, on the eve of Diwali, Indian soldiers approach the Pakistani forces and offer traditional Indian sweets. This happens every year and Pakistani soldiers reciprocate the gesture with sweets from Pakistan.

In Goa, Diwali is about celebrating Lord Krishna

Diwali for Goans is the day when Lord Krishna killed Narakasura. Goans celebrate Diwali by burning paper-made effigies of the demon.

Competitions are held all over Goa to see who can sculpt the biggest idol of Narakasura. And the day before Diwali is celebrated as Choti Diwali where the sculptures are burnt. Choti Diwali is also called Naraka Chaturdashi.

It is believed that Mahavira observed a two-day fast in 527 BCE. At the end of the fast, he shed all his worldly karmas and attained moksha (nirvana). On this day of transformation, the whole world was engulfed in darkness for a few moments. Humans lit up lamps to have a last glimpse of Mahavir and the Gods are said to have help dispelled the darkness by scattering gems.

Hence, on the day of Diwali, Jains celebrate Lord Mahavira and his achievements and it is also called Dipalika. Devotees from all over the world visit Pavapuri, Mahavir’s birth place on the occasion. The day also marks the beginning of the new year according to Jainism.

Gujarat – the beginning of a new year

For Gujaratis, Diwali marks the end of the year. So the next day is celebrated as Bestu Varas or New Year’s day. They celebrate it with rangolis, diyas, and by worshipping Goddess Lakshmi.

Varanasi – when the ghats come to life

In Varanasi, Diwali is called Dev Deepavali as it is believed that the Gods and Goddesses visit earth on the day to take bath in the Ganga. Hence, people in Varanasi pray to Goddess Ganga on that day and the priests perform Ganga aarti.

Diwali is celebrated across the state of Uttar Pradesh as the day of lord Rama’s return to Ayodhya after 14 years of exile.

Looking at the diverse ways in which Diwali is celebrated across India, one cannot help but appreciate how, on this day, fighting injustice and the triumph of good over evil is celebrated across cultures. The larger belief in the power of good, harmony and love resonates with everyone despite the differences in languages, rituals, and practices.