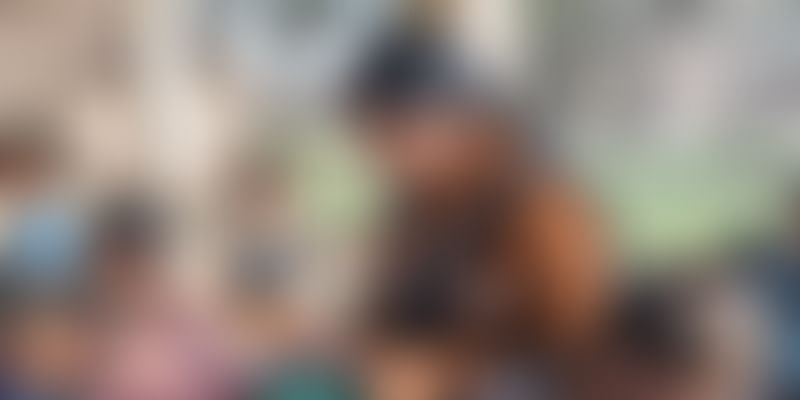 Choti is a part of the programme run by Amritanandamayi Math which aims at adopting nearly 101 Indian villages and making them self-sustainable. She teaches children of the Musahar community who have been considered untouchables for centuries.

Belonging to the Mahadalit category as per the Bihar government, the state of Musahars is really poor. Most of them neither have land nor access to basic facilities. Naturally, they are unable to educate their children.

The standard of education imparted at government schools is not particularly high and the children attend mostly for the midday meals on offer. Many girls from this community are also married off at the age of 10.

Despite all the opposition, Choti has been making consistent efforts to eliminate these social barriers. In 2014, she began calling these children home for tuitions.

Hygiene is a major issue for the Musahar community, and many of these children are unable to bathe for weeks at a stretch. To combat this problem, Choti and her friends take these children to a nearby river, where they can wash up. Choti says that though it was initially difficult to bring them around, the children have now understood the importance of hygiene.

Choti has so far tutored nearly 108 children, which she says was not an easy task because she had to work really hard to make the community aware of the importance of education.

Choti had to personally visit each house and spread awareness among parents. She also started a self-help group where each woman saves Rs 20 every month and deposits it in the bank to initiate home-based activities.