How big brands are impacting the notion of masculinity 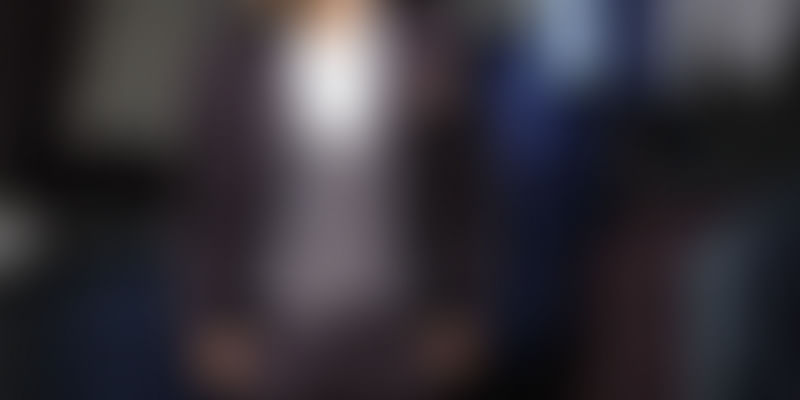 Zara, H&M and Forever 21 are no longer selling a hyper masculine image of men, but a highly cultivated, cleaner, leaner, softer, more colourful look. This new look has become popular in the metro cities, especially among the upper middle class. How did this idea of masculinity become so dominant?

Masculinity is not a constant, it’s a fluid notion. Its meaning has changed over time. Even today it means different things to different groups of men, over various life stages. What it is to be a man can depend on so many variables - race, ethnicity, socio-economic class, religion, sexual orientation, region, and age. In this social construct of masculinities, apart from national/ traditional forces, there are also global forces at play. With the interplay of so many factors, many masculinities emerge. However not all masculinities are equal. Some are more dominant, mainstream and visible and all men judged against them.

Today a powerful expression of masculinity is being marketed by global brands like Zara, H&M and Forever 21 – who are no longer selling a hyper masculine imagery, but a highly cultivated, manicured, cleaner, leaner, softer, more colourful look for men. This projection is popular with the youth from metros, more so in the upper middle class. How did this imagery of masculinity become so dominant?

One part of the answer may lie in the degree of premium-ness, status, prestige value associated with these brands, which are international and yet accessible to many. Buying from these brands is a declaration of class, power and privilege – the desire for which percolates down to the masses.

Their desirability also lies in the fact that these global brands allow the urban, upper middle class man to transcend his current geography, to express and declare affinity with the international, beyond what is immediately accessible to him.

Moreover, the choice to buy from these brands is getting validated by the imagery portrayed by Bollywood mainstream actors like Ranbir Kapoor who has a leaner body type or Saif Ali Khan who doesn’t hesitate to wear pink. But the poster boy of this change is Ranveer Singh who is truly gender bending the norms, by what seems to be a deviant performance – from skirts and dresses to leggings, he has embraced it all.

All this has meant that men, in certain social contexts, have more freedom to self-express. It challenges the common refrain that men don’t have clothing choices. This freedom may not translate into being a true social non-conformist but it allows them to bring forth a degree of personality in their dressing.

“For me, it’s about adding an element of colour, surprise, to not take myself so seriously all the time. When I enter a party where all the men are dressed in such staid clothes, I really do make a statement. The attention feels good. And it works for me as I was never the macho man in any of the social groups I was part of, so it’s just me being more comfortable with being me,” says Abhijit, a marketing manager at a digital company.

How are Indian brands navigating this shift? Manyavar, a brand traditionally associated with conservative men’s Indian wedding wear, is a case in point. As an ethnic wear brand, Manyavar has Virat Kohli, one of India’s biggest sports star as its brand ambassador. In this choice, they are layering this new construct with traditional Indian ethos.

In Manyavar’s Diwali campaign, Virat longingly talks about all the things that make Diwali the festival it is – the sweets, family gatherings, the puja, and the card parties. Even his rejection of gluten-free biscuits, at the time of Diwali in the advertisement, is in sync with the real message – a real man is someone who may be a globetrotter, doing wonderfully well in his field of work, but at the end of the day, he needs to celebrate Diwali with his family and celebrate his Indian roots.

While the new construct has been dressed in the garb of Indian ethnic clothes, what it has also accomplished is a subtle change in a value system. Virat Kohli is an amalgamation of many things. As per OPEN Magazine’s online article ‘Finding Virat’ – “One moment he’s a metrosexual with a grooming kit loaded with creams and lotions, the other he’s a Delhi alpha male refusing to blink in the toughest of cricketing battlefields.”

As one of the most successful Indian cricket captains of all time, he is tattooed and aggressive on the field, but also a true-blue metrosexual with a manicured look, who takes to social media to declare he is a feminist and loves street dogs. He is a juxtaposition of a globally oriented metrosexual man who hasn’t lost his “desi-pana,” and today in his outspoken manner is changing values associated with being a real man in India. He opens the door for metrosexuality being accepted and considered masculine.

What does all this mean for an Indian man constructing his own meaning of masculinity?

The dominant emerging theme is a choice clearly linked to socio-cultural narratives.

While global brands with their subtle messaging have made the choice of internationally derived aesthetic expressions and value systems available, Manayavar allows for this choice to be made, while simultaneously conforming to the dominant traditional narrative.

It’s simple – when an ethnic brand like Manyavar worn at traditional Indian functions has Virat Kohli as its brand ambassador, you know change has come. Only the future will tell us what dominant narrative of masculinity will emerge; till then let’s welcome brands that push the boundaries of what is gender appropriate.