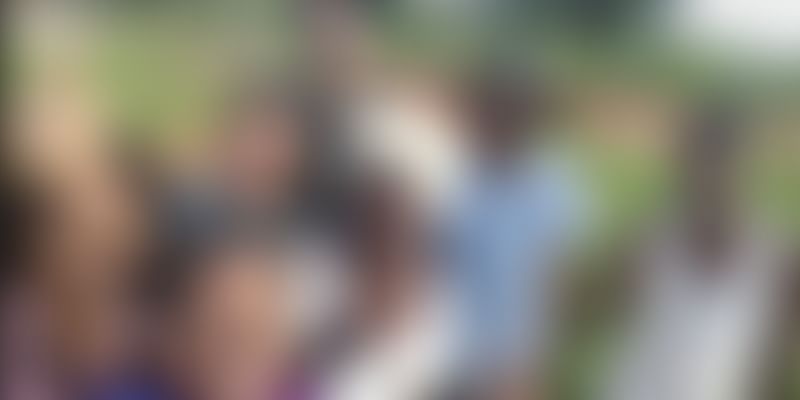 Surge Impact, which believes in social entrepreneurship as a catalyst for social change, finds, trains, and supports businesses and startups who have the potential to solve some of India’s biggest problems.

Often social entrepreneurs find it difficult to take off in the early stages. Lack of proper recognition, exposure or funds force many innovative enterprises to take a backseat. With an aim to find and promote such social and livelihood enhancement organisations, and also help India achieve the Sustainable Development Goals targets, Raj Janagam and Ravi Mantha from Hyderabad started Surge Impact.

Surge Impact was started in September, 2016. The sheer demand of social entrepreneurs - building businesses from the grassroots level and scaling them - inspired the team to start Surge Impact.

The team draws its inspiration from one of the board of directors, Srikanth Bolla, the CEO and founder of Bollant Industries. He was the first international blind student to pursue engineering at Massachusetts Institute of Technology. Srikanth started a Braille printing press in the Samanvai Center for children with multiple disabilities in Hyderabad, which makes accessible educational material available to visually challenged students.

In 2012, Srikanth started his career by founding Bollant Industries, which provides employment to several hundred people with disabilities, with funding from Ratan Tata.

The duo inspired by Srikanth Bolla’s achievements decided to promote social change makers, who they strongly felt are the need of the hour. Raj and Ravi were seed funded by Mytrah Energy, enabling the duo to take the first step towards social entrepreneurship.

The mission and vision of Surge Impact lies in achieving solutions for social change and in helping India achieve the Sustainable Development Goals targets by 2030.The organisation operates on a not-for-profit model and aims to raise grants from donors and philanthropists, corporate social responsibility contributions from corporate entities to achieve its vision.

In 2015, the United Nations set universal goals in the form of Sustainable Development Goals (SDGs) to be achieved by all member states by 2030 for ending poverty and inequality.

SDGs provide a framework to create policies, plans and programmes for individual countries to achieve sustainable development with a broader focus ranging from poverty, health, education and gender equality, clean water and sanitation, to affordable clean energy and preservation of environment including watersheds, forests and wild life.

For many Indians, access to basic necessities and resources is still a dream. Every third Indian still lacks access to amenities such as nutrition, education, healthcare, electricity, and safe drinking water. One way to solve such problems is to develop/involve more social change makers to join hands with the government in its efforts towards creating a more prosperous and equitable society, says Raj, the Founder & CEO of Surge Impact Foundation.

Surge Impact Foundation aims to build the capacity of at least 50 social change makers every year and become a capacity building training program in the country.

Currently, Surge Impact has 11 social entrepreneurs, including the likes of Bamboo House India, Allika and Anvita Organic, which are organisations working with renewable resources, promote livelihoods for the local people and stand for sustainable values. Surge Impact has impacted the lives of nearly 1.5 lakh people indirectly through the work done by the sponsored organizations.

A serial entrepreneur, Raj has set up an early stage incubator UnLtd Hyderabad, co-founded one of the first bicycle sharing systems in India and has also been actively consulting for non-profits and government projects on sustainability and strategy. He has a degree in Business Administration and Philosophy. Raj brings in his experience from business and non-profit sectors into driving the overall team and strategy efforts at Surge Impact Foundation. He also advises social enterprises in CSR Consulting, Women and Youth Empowerment and Agriculture. He blogs his personal views on business and social change at raj-janagam.com.

Ravi is an Author and a Public Policy Catalyst. He has written two books on health — All About Bacteria, published 2013 by HarperCollins, and The Baby Elephant Diet published in 2015 by Rupa Publications. He is interested in addressing the root cause of illness, and in preventive health and nutrition.

Ravi is also the official English translator of a book of poetry of Prime Minister Narendra Modi, A Journey, Poems by Narendra Modi.

Surge Impact has partnered with the Freedom Hyderabad 10K Run on November, 26, 2017, with the goal to promote social change initiatives which are helping our country achieve Sustainable Development Goals (SDG) by 2030. Surge Impact Foundation will screen and on-board the most impact-full social initiatives which will go on to raise funds and build a community which will come together to support them at the Hyderabad 10K Run 2017.