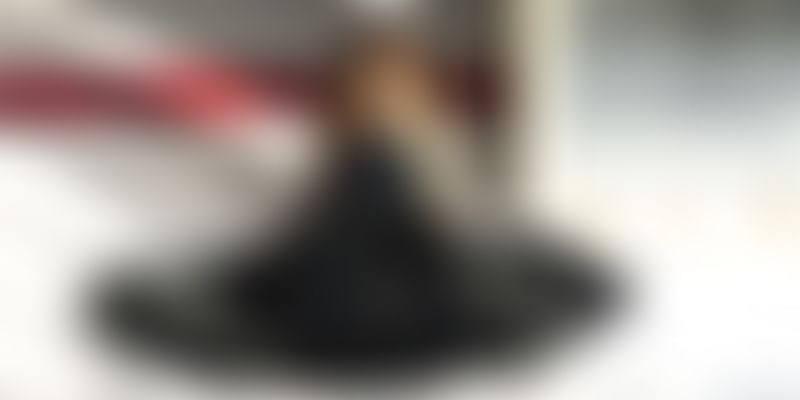 A conversation with New York-based filmmaker Shruti Ganguly on identity, passion for cinema, and how she removed the word ‘busy’ from her vocabulary.

It’s difficult to pigeonhole Shruti Ganguly. Her father is a Bengali who grew up in Delhi, her mother is an Anglo-Indian who grew up in Mussoorie, and Shruti herself was brought up in Oman, went to boarding for a few years in Mussoorie and now lives in New York! A background like that, with an exposure to myriad socio-cultural influences and diverse experiences, is sure to leave a mark.

Shruti says, “I had a happy childhood, with multiple places and cultures contributing to a rich upbringing. My life is made up of pleasant memories be it of my boarding school days at Woodstock, or the warmth of my Omani friends.” All three places are special to Shruti - Oman is her soul, India her spirit and New York can be best described as her passion.

Shruti recalls that a tragedy that occurred when she was 19 impacted her life profoundly. Her cousin Puja Mukherji died in a car accident in Delhi. Shruti says, “Puja and her family had also lived in Oman but they moved back to India. Since both of us only had younger brothers, we were like sisters.” Puja had just been 20 and had her own show on Channel V and had also acted in several commercials and music videos.

Losing someone who was so young and vibrant had a devastating and profound effect. I became aware that the joys of life were ephemeral. In a way, I lost myself but the incident also allowed me to find myself.

To be or not to be

Shruti was thus determined to make the best of her life and opportunities. She went on to study Economics and Art in college, thinking she could be an investment banker who pursued art as a hobby. During her under-graduation from Northwestern University, she began interned in fields as disparate as investment banking, media, and advertising.

She recalls, “I interned at Ernst & Young one summer, the following year in Reuters, and later in an advertising agency in Chicago. It raised many eyebrows from recruiters who could not understand what my primary area of interest was. It was also a cause of concern for my parents.”

Attending a course called 'Women in Indian Cinema' by a visiting professor at Northwestern University gave Shruti clarity. Satyajit Ray’s Pather Panchali with its raw story and haunting visuals, accentuated by Ravi Shankar's soul-stirring strains of the sitar, helped her understand the sheer power of cinema. The combination of art, music, culture, and story as well as desire to create social impact gave Shruti a medium that combined everything she loved. She then spent the fall of her senior year interning on films in Bombay - Ruchi Narain's Kal and Sudhir Mishra's Chameli.

Shruti moved to New York City and eventually went to New York University where she got an MFA in Film and an MBA at Stern (with a focus on Entertainment, Media and Technology, and Social Impact and Sustainability), at the same time. Unlike Los Angeles, with its powerful studios, New York is a nursery for independent film makers, being a true global city with a melting pot of cultures. Shruti, with her multi-cultural background and friends from different nationalities felt right at home.

Right from my boarding school days, when I would snack on Nepali noodles and Russian cheese with my Australian friend, I thrived in diversity. But New York is certainly not an easy city to navigate.

Shruti has worked on several movies in various roles, starting with The Color of Time. James Franco was Shruti’s classmate in the MFA programme and he was also teaching a class on adapting poetry for the screen. Shruti worked with James as his Teaching Assistant and went to collaborate with him for the movie, and several others later on, which starred Mila Kunis, Jessica Chastain and Zach Braff, other than Franco himself.

Shruti has run the video departments and developed content for several media companies like MTV, Conde Nast, and Nylon. She has started her own company early this year called Honto88.

Shruti’s favourite from her repertoire is Green Dolphin, which was produced by Keanu Reeves. Eternal Buzz is about four girlfriends who try and relive their favourite moment from when they were 18, and a series she created called Muckraker on investigative journalism are other ventures. She has worked on several documentaries on themes like climate change and politics in the US.

Read also: Meet Mishi Choudhary, the only lawyer to appear in Indian and US Supreme Courts during the same term

Shruti is particular about featuring women and minorities in three dimensional roles and avoiding stereotypes. Stories that can change perspectives are what attract her the most. Shruti’s recent virtual reality movie Through You, that premiered at The Sundance Film Festival was a learning experience. The movie had to be shot like a theatre stage, with crew and equipments hidden away, since the camera would shoot at 360 degree angles.

Shruti lives by the maxim – ‘never lose your sense of wonder’ - her favourite line from Sophie’s World that she read in high school. A practitioner of yoga, Shruti loves travelling and going on long walks. As her boyfriend practises holistic medicine, she has incorporated several of his wellness beliefs into her own lifestyle. For instance, she turns her phone off during meals and has stopped using the term ‘busy’, which she feels becomes an excuse to avoid things and affects one’s peace of mind.

She signs off with,

I am driven by possibilities, the possibility of creating change, learning something new, and giving back to society.