How Karnataka's IT hub is readying for the future 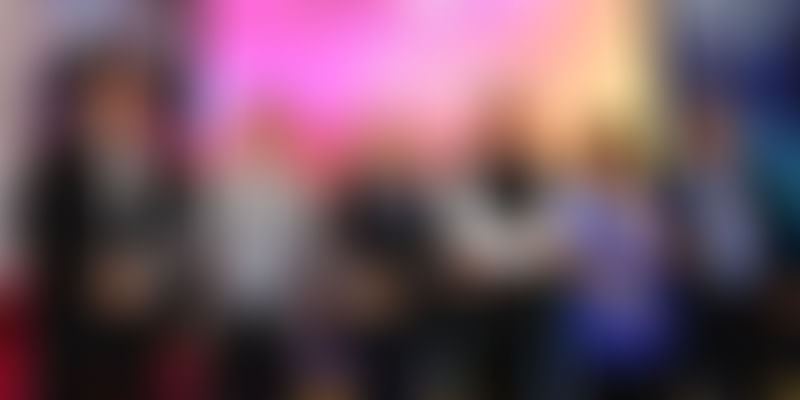 Even as enterprises rethink technology and IT services to digitise and define innovative business models, Karnataka’s IT sector is helping usher in a new era of technology.

Karnataka has always been known for its technical prowess. Its foundations were laid in the erstwhile Mysore State by one of the greatest Indian engineers of all time, Sir M Visvesvaraya.

Since its formation in 1972, the state of Karnataka has been a place for entrepreneurs to blossom. The history of Karnataka’s industry can be explained in three phases; its growth in information technology only happened after 1991. Until 1991, Karnataka was known for its support to SMB manufacturers and for its large-scale state-owned manufacturing units. The state created an ecosystem of engineering excellence with the Indian Space Research Organisation (ISRO) and the Hindustan Aeronautics Limited (HAL) headquartered, in Bengaluru. The Indian Institute of Science (IISc) helped put Bengaluru on the global map as a science hub. So, it was only prescient that in 1991, when India opened up its economy to the world, the IT services industry became what it was today.

But the narrative began in 1983 with a little-known company called Infosys. Data collected from government sources show this.

Infosys, the $10 billion IT services company that started in Pune in 1981, came to Bengaluru in the year 1983. It started operating out of a small house in Jayanagar, which is a suburb coincidentally designed by Sir M V. The rest is history and a new class of technocrats was born in the state thanks to Narayan Murthy’s vision of creating a global corporation.

Wipro Technologies, India’s third largest IT exporter, moved to Bengaluru in the mid-nineties. By 1999, the Business Process Outsourcing boom earmarked Karnataka as the state to invest in. Today, of the $160 billion IT revenues generated in the country, 25 percent comes from Karnataka. It is the highest software exporting state in the country.

Priyank Kharge, IT Minister of Karnataka, has said:

“All of you do matter, every single idea matters and the Government of Karnataka is committed to policy and execution.”

The stats say it all for Karnataka.

A whole generation of great entrepreneurs

Mohandas Pai, MD of Aarin Capital, says: “Karnataka has grown because of its strong political leadership, the presence of good educational institutions, and the IT Services industry, which has given rise to a large entrepreneurial network.”

In 1999 Desh Deshpande, a technocrat who built Sycamore Networks, became one of the richest Indians in the world and was featured in the Forbes 400 list as one of the richest Americans. He was born in Hubli, Karnataka, and today runs one of the largest startup innovation centres out of Hubli.

In the mid-nineties to early 2000s, Pradeep Kar, the Founder of Microland, was another big icon of the Indian IT services and was a pioneer in building early internet businesses such as Indya.com.

With the success of these entrepreneurs came philanthropy and built Bengaluru into a cosmopolitan city that attracted people from the entire country in search of a better life. Naganand Doraswamy, Founder of IdeaSpring Capital, says: “The policies have been conducive to growth in this state.”

The IT policy of Karnataka was introduced as early as 1997; it was the first state in the country to do so. It was called the Millennium IT Policy at the time and its objective was to usher the government into a digital era and help Indian citizens living in the State.

The policy provided several incentives to companies that employed more than 250 employees. It also set aside a section for incubating new ideas and detailed the need to use technology to empower women with information and alleviate people living in poverty-stricken villages.

Back then, there were around 300,000 employees in the IT industry in Bengaluru. Today, the number is well over a million and forms at least 10 percent of Bengaluru’s population.

No wonder when the new ICT Policy was created in 2011, the state had blossomed with Tier-2 cities like Mysore, Hubli, and Mangalore growing into cities of innovation in their own right. Karnataka’s IT exports at the time were around $16 billion. Special economic zones were set up in Belgaum, Gulbarga, and Dharwad to promote entrepreneurship.

The Karnataka State Electronics Development Corporation Limited (KEONICS), which is in existence since 1976 to promote the electronics industry, provided high-quality infrastructure for IT industries, spreading IT education to the masses, and provided state-of-the products and service for e-governance.

The Karnataka Government and the Government of India worked together in making the Software Technology Park of India function smoothly to guide the IT industry. This work began as early as 1991.

Now, companies like Microsoft, Oracle, and SAP have large R&D centres in Bengaluru. These companies have also set up their startup centres here.

The future of Karnataka IT

Modern businesses like Flipkart and global e-commerce giant Amazon chose Bengaluru as their hub. Flipkart, India’s home-grown e-commerce company which raised $7.2 billion, built its entire tech stack ground up in Bengaluru. Similarly, Amazon India began to pilot with mom-and-pop retailers to deliver customer orders. Along with Flipkart, there are companies like MuSigma that have ushered the state into an era of providing data analytics for the world.

Several mid-sized companies like Manthan are building automated analytics platforms to help global retailers in the city. These companies are changing business models of established companies and Karnataka has enabled this competition to flourish in a healthy manner.

As Praveen Bhadada, Partner & Global Head, Digital, Zinnov Management Consulting, says, “It is a known fact that enterprises across industries are going through a phase of massive disruption.”

The old boys are being increasingly challenged by digital upstarts, who are leveraging cutting-edge technologies and innovating around business models to significantly enhance the customer experience. As a result, enterprises are starting to rethink technology and IT services to digitise and define innovative business models that their customers will be excited about.

In 2016, over $38 billion was invested in modern infrastructure, tools and disruptive business models around digital. IT in Karnataka is helping these global enterprises in a new era of technology.

This shift towards digital is forcing the IT services players in Karnataka to rethink their business models besides coming to terms with margin pressures on their traditional businesses.

The news of layoffs, boardroom tussles and management shakeups that we have become so accustomed to, have been symptoms of the ensuing churn in the IT industry as it tries to adapt to the changing realities.

Today, Mumbai-based retailer Shoppers Stop is going through a tech shakeup with the help of global networking giant Cisco in Bengaluru. A small team of 15 or less is implementing the digital makeover across the 100-odd Shoppers Stop group stores. In the past, a service provider would assign at least 75 people for a project this size and charge a substantial amount (Rs 60 crore) to implement the project. The training happening in Bengaluru will ensure that even legacy on-premise solutions will be automated rapidly going forward, further reducing the need for manpower.

Moreover, they expect the service companies to be the advisors of their digital journey, be the change agents and deliver exceptional outcomes. Clients want services companies to come out of the “order taker” mould to being true partners in the digital transformation.

“This is where the construct of IT services is starting to change,” Praveen says.

The government of Karnataka, which is setting up centres of excellence for Big Data, AI, and Cybersecurity, is already preparing engineers to build the technology of the future. It wants to ensure that Karnataka remains the leader in IT for years to come.

(The Bengaluru Tech Summit is scheduled for November 16-18. For details visit http://www.bengalurutechsummit.com/)