What made a third-generation entrepreneur take a decades-old publication business online? 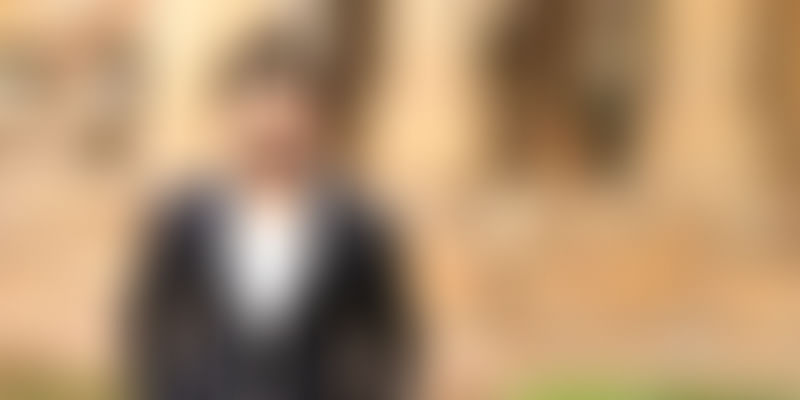 Banking on digitisation, Nrip Jain, 29, is changing the functioning of BPB Publications, a 59- year-old Delhi-based publisher of computer and electronics books.

Nai Sarak in Delhi is one of India’s oldest publishing and bookselling hubs. It became the country’s largest publication hub after Indian Independence after a huge number of publishers set up shop in Daryaganj during the 1970s.

But the age-old publishing hub is now under threat. The advent of the digital era has led to a significant dip in sales in the last few years, shopkeepers say. Many publishers are now taking the digital route to keep pace with changing trends.

Not too far from India’s biggest publishing hub is 59-year-old BPB Publications. Based in Connaught Place, it publishes a large number of titles in computer education and is emerging as a household name. The brand claims to have been a friend, philosopher and guide for many programmers, developers, hardware technicians and IT professionals who have transformed the industry.

BPB Publication was started in 1958 by Gyan Chand Jain, who also received India’s fourth highest civilian award, the Padma Shri, in 2002 for his significant contribution to IT education in India.

So far, the brand has published over 5,000 titles and has sold over 10 crore computer books. It has a robust network of over 3,000 dealers, 47 exclusive retail outlets and handles nearly 9,000 walk-in customers every day. It now caters to 6,000 schools, 374 universities, 10,000 colleges and 4,000 training institutes across the country.

In the last two years, BPB has reprinted low-cost Indian editions, collaborating with leading publishers like McGraw Hill, Sybex, Pearson, Wordware Publishing, Mike Murach & Associates, Waterside Productions, Barrons and Eastwood Harris among others. BPB is the brand behind Tally India, a low-cost book it publishes on an exclusive basis for finance and accounting in 10 regional languages.

Cashing in on the digital boom

“Our company was started about 60 years ago. It makes me wonder how business was done during that time as there was no email, internet or smartphones,” Nrip says.

The brand now claims to have embraced the digital shift in the industry, and is using the latest technologies to improve operations. From building an interactive website to instantly address customer queries to listing books online and adopting digital marketing strategies to expand its reach, BPB Publications seems to be on a path of constant innovation to popularise the brand. Using digital channels like Google search, social media and mobile apps, the company is strengthening its connection with customers seamlessly.

“We have started working through automation via best apps like Ifttt and Zapier. Automation provides benefits to our business and productivity has improved,” Nrip adds.

With a strong focus on online sales, the brand has tied up with leading e-commerce portals like Amazon and Flipkart and says e-commerce is helping expand its reach in remote areas.

Cashing in on the digital boom, BPB Publications also shut 22 retail stores across the country, aiming to monetise those assets.

However, will e-books lead to the death of physical book? That is still up for debate.

According to research by The Bookseller magazine, e-book sales for the UK’s five biggest publishers fell in 2015, collectively declining 2.4 percent to 47.9 million units. It is the first drop in the numbers of books sold in this medium for the “big five” since the digital age began.

But Nrip feels the sale of physical books has not been affected as electronic editions are not easily available and affordable, and have a different format.

“It is much better to read a real book; there is nothing like the look and feel of the published book. The printed version is much cheaper than digital books,” he adds.

Taking the legacy ahead

When asked about why he chose to enter the family business, Nrip says: “Entering the business was my first choice after completing of my education and getting some experience. Initially, I faced some challenges; they were due to the difference of opinions with the older generation.”

A graduate in business studies from Lancaster University, Nrip earlier worked with Novatium, a cloud computing company based in the UK, before joining his family business in 2011. Currently, he heads the sale, marketing and business development at his company.

“After entering the business the first thing I did was to adopt new technology and change the approach. Marketing has changed over the years tremendously, so we started using different channels like online, interactive and social media to reach a wider audience,” he says.

The self-funded established publication business plans to add 100-150 new titles under the National Skill Development programme and 75-100 titles under the Pradhan Mantri Kaushal Vikas Yojana (PMKVY). It is also eyeing one of the fastest growing segments in publishing, K-12, by launching books for schools and expanding its reach to other geographies by working on collaborations with foreign publishers.

“We will continue to focus on computer and information technology books as we believe that there’s still a lot to do in this segment,” Nrip ends.