Bringing soul to sports, this startup is managing India's para-athletes 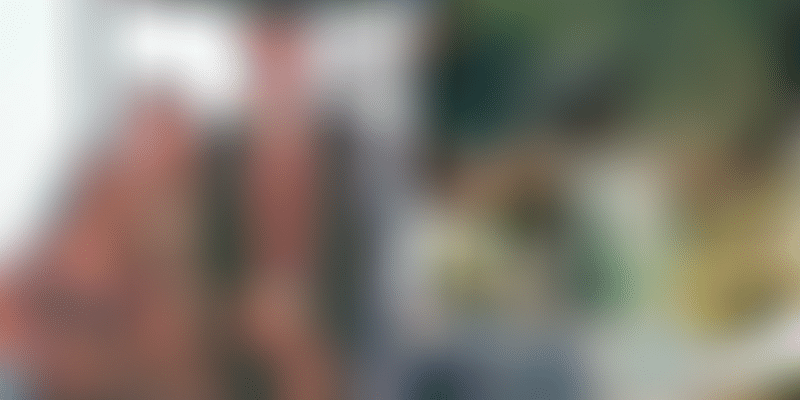 Established in October 2015, Meraki Sport and Entertainment is a full-service brand and sponsorship management company whose core expertise lies in alternative sports.

Namrata Parekh is a swimmer from Cuttack. Ajit Ravindran is a cricketer from Bengaluru. Toshan Patil is a golfer from Africa. Apart from sport, these three have one more thing in common — they left their prior careers to set up and organically sustain Meraki Sport and Entertainment in Mumbai.

The Greek word ‘meraki’, explains 30-year-old Namrata over a telephonic chat, “means putting a part of yourself in each and everything you do. It was the name that set the ball rolling.” This team believes in bringing everything under roof.

“Our solutions are fun and exciting,” assures Namrata.

Meraki functions on three pillars — sport, sponsorship, and society. The founding principle was to create a positive impact on sport and lifestyle, using the former to break boundaries. “We want to add value to life,” remarks 27-year-old Toshan.

Why does cricket get all the marketing revenue? There is tremendous value in sport beyond cricket and we aim to help brands better leverage those sports and leave a lasting positive impact on society, he adds.

The team of 12 provides strategic advice to brands on how to market, on experiential marketing which involves marketing on-field, digital and content advice, corporate marketing to pool in CSR funds in sport and to generate goodwill, and athlete management by representing certain athletes exclusively.

Devendra Jhajharia is a Paralympic javelin thrower and current world record holder. Niranjan Mukundan is a para-swimmer, junior world champion, and Limca record holder for the maximum number of medals in the junior category. Sharath Gayakwad is the first Indian swimmer to qualify for the Paralympics.

Meraki, the first company in India to represent para-athletes, manages these athletes. Meraki also represents Dipa Karmakar, the first female Indian gymnast to qualify for the Olympics. Dipa finished her stint at the Rio Games of 2016 with the ‘vault of death’, so called for its difficulty and likelihood of injury.

There is tremendous opportunity in Indian sport if one knows how to leverage it, according to Toshan. Indeed, Meraki owns the commercial and marketing rights for the National Race Walking Championship. Along with Athletic Federation of India, it partnered with Max Bupa Health Insurance to create the first edition of the Max Bupa National Race Walking Championships in February 2017. Race walking is a foot race in which one foot should appear to be in contact with the ground at all times.

When sport becomes a story

When open-water kayaker and Asian Dragon Boat medallist Kaustubh Khade kayaked from Mumbai to Goa in 15 days in 2015, he entered the Limca Book of Records. In 2016, he had an even more audacious dream — to kayak from Kutch to Kanyakumari in less than 100 days. His girlfriend Shanjali Shah, an adventure cyclist, was to join him on the journey. Meraki approached sponsors with ideas to create a story around this wondrous journey.

Kaustubh and Shanjali finished the journey in 85 days, wearing SF watches. Their journey was captured in a six-part web series branded by SF Watches, Titan. The fourth episode showcased their journey from the watches' perspective, thereby integrating the brand further. The web series has crossed reached over one million views.

Meraki brings sport and story together. This vision is captured in Namrata’s words: “We believe that authenticity is paramount when brands communicate with their consumers. Through our experiential and content marketing verticals, we engage with brands to help them leverage the emotional equity that sport has. Our athlete management vertical is focused on collaborating with brands that have a value match with the athletes we represent, thereby allowing them to leverage storytelling to connect with their consumers.”