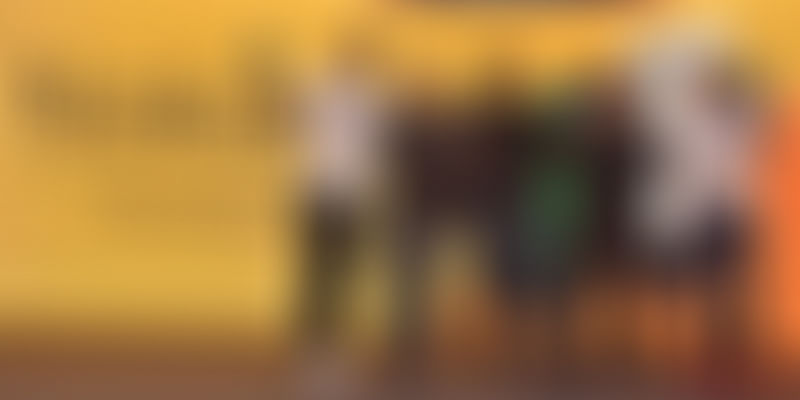 Nokia 2 was launched by HMD Global, which designs and sells Nokia smartphones. The team aims to conquer the Indian entry-level smartphone segment.

The ground at my feet and the ceiling overhead is rumbling. And it has nothing to do with the music in the background. Nope, it isn't an earthquake. It's a metro station in Delhi. It is where HMD Global, which designs and sells Nokia smartphones, is set to announce the launch of its new phone.

The launch announcement comes a day after Florian Sieche, the President of HMD Global, was made the company's Global CEO. In a room filled with journalists, the conversations ebb and flow around their unique venue choice.

“Maybe next year they will launch at Qutub Minar,” quips a surprised reporter. Squashy orange beanbags and cushioned stools give a rather new-age comfortable feel to the venue. But that is just for a while. Little did we know that we would be taking a unique ride on a Nokia Rapid Metro on Delhi Gurgaon’s Sector 55-56.

It is a rather unique destination for the global launch of a phone. Nokia over the years has had the largest fan following in India. Pekka, Global CMO, adds that when they wanted to start their branding initiatives they couldn't think of any other location than India.

Speaking at the event, Florian said, “We started our journey only 11 months ago. But within 11 months, we have got 11 new Nokia phones into the market both on the smartphone and the feature phone segment.”

Nokia today sells its phones across 80 countries. At a makeshift conference space at the Sector 55-56 metro station, Gurgaon, Chief Product officer Joho launched the Nokia 2 phone. “This phone caters to the market that makes a wide segment. It is an introduction to the smartphone for all the feature phone users,” explained Joho.

What does the phone offer?

“We have a very ambitious target of becoming the best smartphone company in the world in the next two years,” says Florian, speaking of the company’s future plans.

As the smartphone markets get increasingly competitive, Nokia is looking at cracking the market with a segment that most smartphone companies haven’t touched yet.