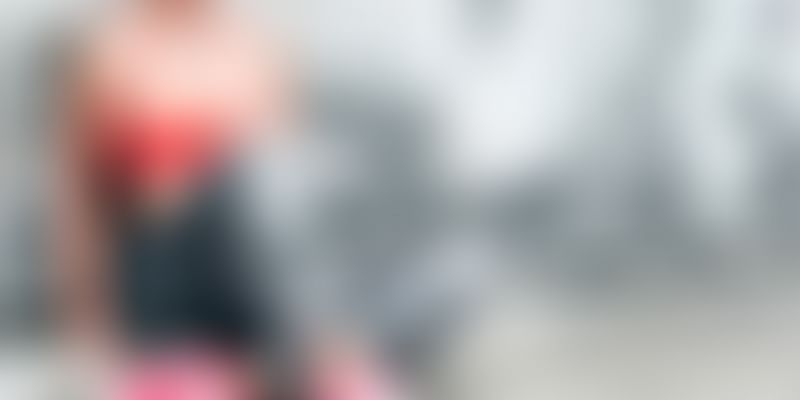 For any horizontal e-commerce marketplace, the highest margins come from one category — fashion. Unlike mobile phones, electronics, and consumer durables which add to the fancy GMV numbers, fashion is the one category that offers highest customer repeat rate. Hence, it is no surprise that US-based global retailer Amazon wants to establish itself in the category in India, which founder Jeff Bezos says is its fastest-growing marketplace.

The e-commerce narrative in the past few weeks in India has revolved around how Flipkart has run away with the festive season sale, capturing about 70 percent of the market share. But according to a PTI report, Amazon’s Great Indian Festival this year was the biggest ever for the company in India, with 2.5X growth in smartphone sales, 4X increase in large appliances, and 7X in fashion sales.

Apparently, Amazon is very much on track with the fashion category — with sportswear springing a surprise.

Arun Sirdeshmukh, Head, Amazon Fashion, told YourStory that during the Great Indian Sale earlier this month, Amazon witnessed a growth of close to 5X in the segment with top brands like Reebok, Adidas, and Puma performing exceptionally well.

Amazon’s sportswear store has over 200 brands and offers 12,000 styles.

Footwear remains the dominant category for Amazon in sportswear, followed by men’s apparel, women’s apparel, and luggage. In apparels, the majority of the sales come from top-wear which is led by T-shirts, polos, sweatshirts, etc. Within shoes, running shoes have the maximum sale share.

"We have also observed that the subcategory, ‘running shoes’ acts as a lever to get new customers to the category. We have seen high ASP compared to average in this category,” he told YourStory.

Coincidentally, Amazon Inc. is also reported to be working on building its private label in sportswear.

According to Bloomberg, Amazon.com Inc. is tapping some of the biggest athletic-apparel suppliers — including Makalot Industrial Co. that produces clothing for Gap Inc. — to make apparel for them. Eclat Textile Co., which makes clothing for Nike Inc., Lululemon Athletica Inc., and Under Armour Inc., is another supplier.

“The project is new and long-term contracts haven’t been signed yet, according to people involved. The manufacturers are producing small amounts of products for Amazon as part of a trial, said the people. Amazon has previously ventured into private-label fashion, offering office clothing, jackets, and dresses under names like Goodthreads and Paris Sunday. But pushing into activewear would bring fresh competition to some of the world’s biggest athletic brands,” the report added.

The report also states that shares of Lululemon fell by 4.9 percent after Bloomberg reported on Amazon’s sportswear efforts. “Under Armour declined as much as 2.8 percent. Nike also slipped, though its shares recovered, closing up 0.3 percent at $50.98,” it added.

In 2016, the share of mobile phones was at around 48 percent of gross online retail sales, while fashion accounted for around 20–22 percent, according to research and consulting firm RedSeer.

Obviously, it is essential for Amazon to win fashion to take on its largest rival, Flipkart, which claims to have a 75 percent share (together with Myntra and Jabong) in online fashion retail. Flipkart is also actively building the fashion portfolio in its private label, which is a major effort for profitability.

In the US, 20-year-old Amazon had a late start in fashion, launching the category only in 2006. But in India, within a few months of its launch (in 2013), Amazon had launched the entire spectrum of fashion. According to data from Counterpoint Research, fashion was Amazon India’s fastest-growing category, with 78 percent growth in 2016 over the previous year, while Flipkart’s growth in this category stood at 15 percent.

Also read: How Tata CliQ did what Flipkart and Amazon could not

Last month, Amazon India formally launched its fashion imaging studio in Gurugram, its first in India and the third globally after New York and London, as part of its efforts to enhance the online shopping experience for the customer.

With the urban consumer becoming increasingly health conscious, the sportswear market is expected to rise up, and e-commerce is keen to take a bite out of that pie.