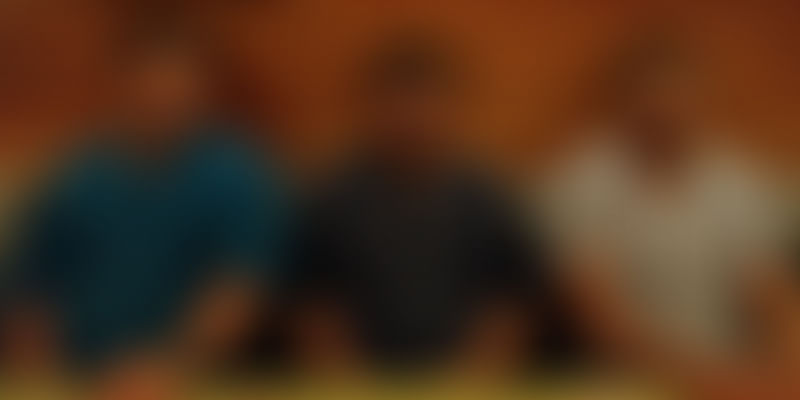 As he sat for placements after completing his chemical engineering at IIT Roorkee, Alok Katiyar noticed several batchmates brushing up their general knowledge using an app – the same one he had created as a hobby.

Alok opted out of placements, and MadGuy Labs was born.

While pursuing his engineering, Alok created apps as a hobby, and in 2014, the one on general knowledge went viral, touching 5,000 downloads within a week of going live.

What got Alok, and co-founders Sanjay Jagarwal and Vishal Meena thinking was that while entrance exams for government jobs had gone online, the coaching for them remained offline. “I noticed that there was a dearth in online coaching and practices for students giving government exams, while the offline coaching centres lacked IT infrastructure,” says Alok.

Started in 2015, MadGuy Labs is an online educational platform that brings coaching institutes and students together. While coaching centres can register and offer coaching and assistance to students, the latter can subscribe to the classes online and study as per their convenience. Currently, the MadGuy app is only available on the Android platform.

The platform, as its core offering, provides coaching for various government exams. It has partnered with several coaching institutes and mentors who offer courses online. The exam categories include banking, SSC, railway, state public services, educators, and defence services.

The application claims to have 20 lakh active users.

The USP of the MadGuy Labs platform is its regional content. “Looking at the success in the English language, we started feeling the need to have regional content. Hence, we partnered with various people to provide us content in other languages,” says Alok.

It currently has applications in Hindi, Marathi, Kannada, and English.

The app or website can be used by coaching classes and educators to offer online classes, and also manage all the processes that come with a typical offline coaching institution, including speed tests and real-time quizzes. A student can get access to videos, theory lectures, announcements, and have doubts and queries answered.

The platform works on a three-party system – for institutions, teachers and students – and has a sharing feature that allows users to share content with authorised users even without an internet connection.

While coaching institutes are charged 20 percent commission for online classes, students have to pay a subscription, which starts at Rs 30 per month. There is also ample free content for students on the app.

The company claims to have generated Rs 1 crore in revenue since its inception. It is incubated by TIDES, IIT Roorkee’s incubation centre and the founders are now looking to raise more funds for expansion.

MadGuy Labs provides Content Management System (CMS) to coaching institutes, using which they can convert their offline content into the digital format. Once an institute is on board, it can conduct tests, interactions, announcements with the click of a button, and manage content for desired classes or batches. Lectures and weekly test features work the same way. The app provides a unique code for each class or batch to be able to better track the same.

According to a report by App Annie, India’s mobile app market grew sharply in 2016, outpacing the US, and ranked at the top in terms of Google Play downloads, highlighting the vibrancy of the country’s mobile ecosystem. Indians downloaded over six billion apps in 2016, up 71 percent from 3.5 billion in 2015. This is significantly higher than the 15 percent growth in app downloads around the world.

Market experts see the Indian education market to touch $180 billion by 2020, buoyed by the rapid expansion of digital learning, and MadGuy Labs is looking to ride this wave.

On its expansion plans, the company wants to improve the quality of courses on the app and enhance user interaction. The founders also want to include coaching for IIT JEE and other entrance exams on the app. MadGuy Labs also creates education content with its inhouse experts and is looking to enhance this offering.

“We are developing an algorithm for coaching rating system which will help students find the right coaching institute and rate them. Along with it, various other features like the challenge feature similar to Quizup are also in the pipeline,” says Alok.

MadGuy Labs today employs 16 people and has partnered with over 25 coaching institutes.

These IIT graduates, like their cohorts may not have seven-figure salaries but not sitting through placements did do them good!