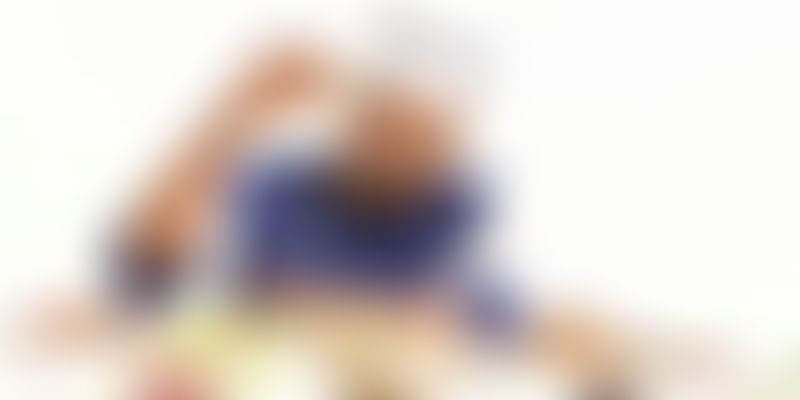 Ram Prakash has set a new record by cooking more than 2,000 dishes in 50 hours in a cooking marathon. What makes the record even more special is that he did not cook the usual dishes. Instead, the dishes drew inspiration from forgotten ancient recipes from Tamil Nadu which were cooked without the use of maida, sugar, or refined oil. Though he is scaling new heights in cooking not just in India but across the globe, he did not always want to become a chef.

When he first joined the course, Ram was not interested in cooking or in attending classes. However, over time, he gradually started acquiring a love for cooking. His fascination is with ancient Tamil food, which he believes hasn't received the appreciation it deserves. So he adds his creativity to the traditional food and prepares dishes with the aim of taking it to youngsters and kids.

In a fast-moving world that depends largely on fast food, he believes that introducing the present generation to healthy food is imperative. Ram's inspiration in his mission is the late Chef Jacob who made sure Ram reached a wide audience. For setting the record, he did extensive research for more than two years before finalising the number of dishes to be cooked, the method of cooking them, etc.

However, without the support of sponsors, preparing for the record was very difficult. Used to seeing dishes made with maida and refined oil, sponsors did not believe he could achieve much. However, determined not to give in, he single-handedly cooked 2,089 dishes in 50 hours.

With this, he has broken the earlier record of 1,200 dishes in 48 hours. Ram has sent the relevant documents of his record to the Guinness World Records and Limca Book of Records committees and is eagerly waiting for the response.

After his feat, he has received recognition from many countries and is now teaching youngsters the recipes that he wants the world to know about. Ram also has his own cookery show.