This Uttarakhand-based apparel cooperative supports over 1,500 artisans from 64 villages 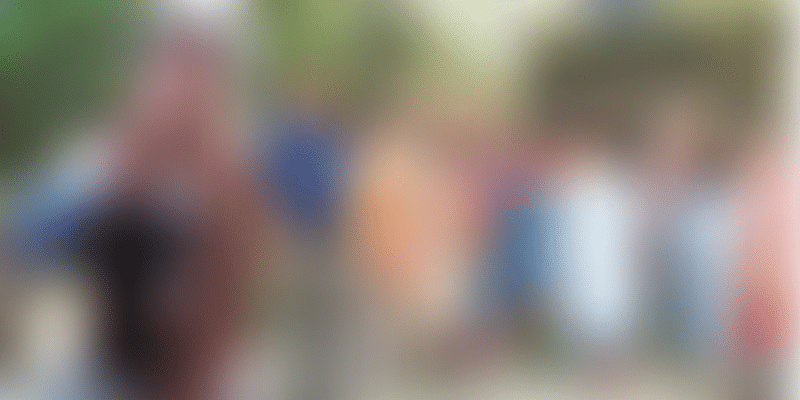 Avani initially started as an initiative to provide solar lighting, and eventually moved on to income generation based on the revival of the traditional craft of hand spinning, hand weaving and the art of natural dyeing.

What began as a chapter of an NGO focussed on skill development and women empowerment is now a cooperative of artisans and farmers that is called Kumaon Earthcraft Self Reliant Cooperative. This cooperative now produces and markets high quality textiles and lifestyle products, and employs hundreds in the hill station of Uttarakhand, Kumaon.

Nearly 20 years ago, in 1996, Rashmi Bharti and Rajnish Jain moved from Delhi to Kumaon with the simple thought of working with the mountain communities, understanding their issues and bringing an improvement in the quality of life of people living in these remote areas. The organisation initially started as an initiative to provide solar lighting in villages around this area to address the problem of unreliable power supply. To include the poorest of the poor, an income-generation programme was started that was based on the revival of the traditional craft of hand spinning, hand weaving and the art of natural dyeing.

After a lot of research and development, Avani has identified many valuable plants in the Kumaon region.

Eighty percent of the plants that we use for dyeing are from this area; turmeric, marigold, myrobolan, pomegranate and eupatorium, to name a few. These plants are grown and collected by women's groups, thereby providing additional income in the villages, says Rashmi, who is the founder and Chairperson of the cooperative.

Natural plant-based watercolours and crayons for drawing and painting have also been developed using pigment extraction techniques. Farmers are working on conservation and cultivation of dye yielding plants and trees. This is a multifaceted use of dye pigment extraction and its uses where, apart from conservation and planting of useful species, we have used this technique to get rid of an invasive species (Eupatorium) by using its pigment for making textile dyes.

Avani has revived the traditional skill of hand spinning, hand weaving and the art of natural dyeing. It has promoted hand dyeing in around 50 villages of Kumaon and wishes to replicate this model in other regions of the Himalayas too.

Avani began with the aim of working with empowerment and skill enhancement of socially vulnerable women and young girls to become financially independent. Over the years Avani has seen that women-headed households were able to sustain themselves with dignity while having a reliable source of income for the past 15 years.

The young girls who are associated with the programme and have become skilled weavers and earning member of their family have married at least seven to eight years after their usual age of marriage, helping in delaying the marriage to an appropriate age.

Avani has created a rural enterprise that is self-sustaining, strengthens the local economy and addresses conservation-based livelihood opportunities for rural communities. The cooperative functions through a holistic approach benefiting social, environmental, and economic issues, ultimately creating a feasible and realistic solution to eradicating poverty, says Rashmi.

As part of the ecosystem created here in the campus, there is also a school run for the weavers, Avani staff and nearby village families. This is especially for children of the people employed at Avani.

Avani currently supports 1,500 artisans, 95 percent of them being women, in over 64 villages, along with a staff of 31 people.

The organisation works through women’s groups and through village-level user committees. Monthly meetings are held of these groups where all the issues and programmes are discussed and, in some cases, also implemented through the women’s groups. Local schools and colleges also bring students regularly to the centre for learning and education.

Avani is a child-friendly learning centre in the village that would work on the Montessori model and all the rural children have the opportunity to have access to creative learning to enable them to become well-rounded individuals. The school that was established in a very remote area would eventually become an institutional resource for an area where no such child-friendly learning centres are there in the vicinity.

The perception of people has changed about what is possible in this area, as a successful enterprise has been established by rural youth in their village. The fact that rural youth from nearby villages have been trained on the job to handle core functions has created a value for local skills, local people and local resources.

The future plan is creating 2,500 jobs, which will directly benefit 25,000 people through various enterprises through upscaling of naturally dyed textiles producing enterprise as well as the energy enterprise set up by AVANI. The impact will be through use of clean energy, water and resource generation technologies developed/disseminated by Avani. The other intention is provision of access to clean energy for electrical and thermal application to 30,000 rural families directly benefitting over 1,50,000 people.