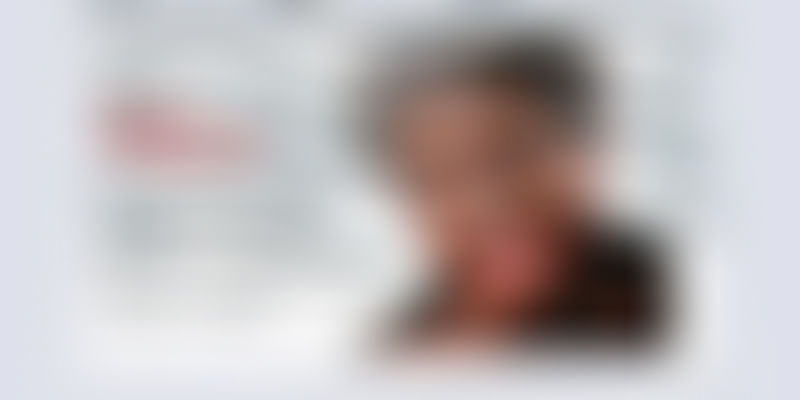 Maya Angelou has left an impact as a poet, novelist, educator, dramatist, historian, activist, and most importantly, a humanitarian.

"History, despite its wrenching pain, cannot be unlived, but if faced with courage, need not be lived again"

As Maya Angelou stood to recite her poem at the inauguration of US President Bill Clinton in 1993, she was only the second person to do so after Robert Frost, and the first woman ever.

Incidentally, the poem she recited, ‘On the Pulse of Morning’, also won Maya her first Grammy for the Best Spoken Word Album. The sprightly 86-year-old bid adieu to the world in 2014, but left behind a legacy that would be remembered for a long time to come.

Born Marguerite Annie Johnson in Missouri in 1928, a three-year-old Maya and her brother Bailey were sent to their grandmother Annie Henderson in Arkansas as her parents Bailey and Vivian separated.

Through her life and career, Maya fought discrimination and racism with art and literature, bringing out the ‘wrenching pain’ that African Americans faced. She wore the many hats of actor, singer, poet, novelist, educator, writer, historian and activist with aplomb, and talking about the many roles she played in her life, she once said,

At the age of seven, Maya was raped by her mother’s boyfriend, who was convicted and later murdered. Assuming guilt for his murder, she lost her voice and lived in silence for five years. During this time, her grandmother stood by her as her biggest supporter.

In her troubled years, Maya was introduced to the poems of Langston Hughes, Edgar Allen Poe, and William Shakespeare which helped her find her voice.

As a teenager, Maya moved to California in search of her father and landed a scholarship to study dance and acting. A single mother, she worked as a cable car conductor to support herself and her son, becoming the first African-American woman to land that job.

In the 1950s, Maya studied under prominent dancer Martha Graham and worked as a nightclub singer. It was around this time that she took the name Maya Angelou professionally. Maya is what her brother called her, and she took Angelou as a derivative of her husband Anastasios (Tosh) Angelopulos’ name. The marriage did not last long, but her name did.

Maya toured Europe with opera productions like those of Porgy and Bess and recorded her first album Calypso Lady. She also was actively involved in the civil rights movement.

From art and literature to civil rights

In 1961, Maya met South African civil rights activist Vusumzi Make and moved to Cairo with him. There, she worked as the editor of Arab Observer, an English language weekly, and also did a stint as a professor at the University of Ghana. This is where she met Malcolm X.

A few years later, she returned to the US to help Malcolm build the Organisation of African American Unity. However, his assassination led to the collapse of the organisation, and she started working for the civil rights movement with Martin Luther King. His assassination in 1968 devastated Maya, and a year later she published I Know Why the Caged Bird Sings, a daring and heart-wrenching portrayal of her life between the ages of three and 17.

The autobiography brought her fame, and made literary history as, in author Tayari Jones’s words, "she told a story that wasn't allowed to be told".

What followed was a series of best sellers, both fiction and non-fiction, which broke ground in every way possible. She wrote,

"If growing up is painful for the southern black girl, being aware of her displacement is the rust on the razor that threatens the throat.”

Maya, through her writings, ensured anyone who read her woMedalelt the razor at their throat.

Maya wrote ten volumes of poetry, and one of them was nominated for the Pulitzer Prize. Her drama, Georgia Georgia, won a Tony award. Though a staunch feminist, Maya strongly disassociated herself from the Anglo-American feminism movement, which, she believed, lacked appreciation for love and humour.

Instead, she advocated Alice Walker’s ‘Womanism’ – a quality she ascribed to black women and their characteristics. Maya served on two Presidential committees, was awarded the Presidential Medal of Freedom by Barack Obama in 2011, the Lincoln Medal, and won three Grammy awards.

Talking about what made her, Maya famously said, "I created myself. I have taught myself so much."