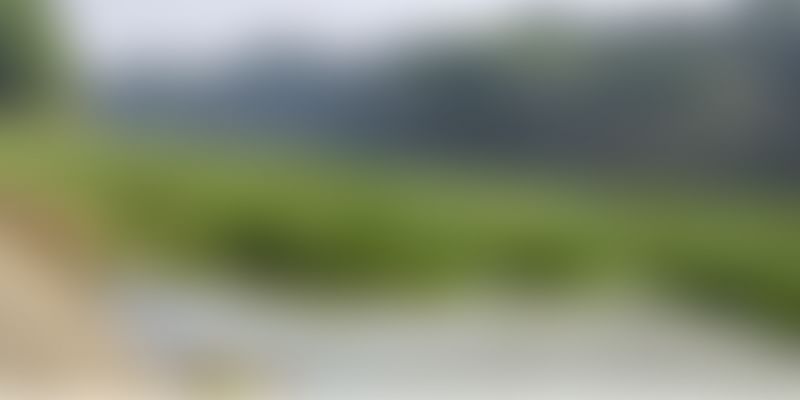 Migrant birds skip Ramsar site in Punjab due to lack of freshwater and high pollution.

A couple of swan boats are lying beside the library wall. The cages to keep animals and birds are rusting; weeds have taken over the compound that hosts a few swings and a restaurant. The only indication of the spot being Kanjli wetland, one of the three Ramsar sites in Punjab, is the display board that announces benefits of a wetland in water purification and a crude map of the region. The plan to develop this spot as a tourist destination has evidently gone awry.

The idea of having a leisurely stroll in Kanjli is not new. The area was part of the Sairgah, or recreational spot, for the Maharaja of Kapurthala. In 1870, he got a barrage built across Kali Bein, a tributary of Beas river, to provide irrigation to nearby areas. Though the canals lie mostly unused now, the reservoir or lake and its adjoining areas became popular for hosting several migratory and native birds. The thick forest cover has, however, long gone. Today, fields lie abutting the wetland with a lot of the land being encroached upon. A few patches of trees planted by the forest department in small and sporadic pockets along the rivulet are the only solace.

The wetland, spread across 183 hectares, used to host a good population of migratory birds till the early 1980s but is now under extreme stress.

Geetanjali Kanwar, field researcher with WWF, India, says: “We do a bird census every year, but haven’t seen any major migratory species at Kanjli. This change has come in the last 10 years. A major problem is the reduced water inflow from the source. Infestation of water hyacinth also clogs water channels, severely affecting hydrological functions of a wetland.” Geetanjali is studying biodiversity in rivers and wetlands of Punjab.

Kali Bein, on which Kanjli exists, originates from a spring in Dhanoa village of Hoshiarpur district. With the flow depleted, water siphoned from Mukerian hydel canal is now put into the rivulet to maintain its functional state. However, the additional water is also insufficient. Dumping of sewage from villages and towns en route increases the pollution load, resulting in infestation of weeds. The flow of farm chemicals from adjoining fields is another source of pollution, impacting oxygen levels in the water and breeding of aquatic life.

A study covering all three Ramsar sites in Punjab found that fishes from Kanjli were the most infected (71.1 percent) in comparison to Harike (60.8 percent) and Ropar (28.7 percent) wetlands. While the water inflow has reduced, the rate of siltation has increased.

The religious status of Kali Bein has helped revive the ecological status, but only to some extent. The rivulet holds a special place in Sikh religion as Guru Nanak Dev is believed to have attained enlightenment on its banks.

Baba Balbir Singh Seechewal, a religious head with a shrine on the banks of Kali Bein at Sultanpur Lodhi, started a movement in the year 2000 to clean the rivulet. His devotees and other social groups contributed labour and funds to clean the water hyacinth and desilt the Bein.

However, a bigger challenge was to stop dumping of sewage into the rivulet. A permanent solution had to be found, which was done through building waste stabilisation ponds in some of these villages. The wastewater flows through three to four ponds, one after another. Most of the heavy solids settle down and water is further treated through the joint action of sunlight, oxygen, algae and bacteria. Oxygen and bacteria found in the pond break down organic matter, which is used up by the algae through photosynthesis. The process releases more oxygen and this becomes a continuous cycle. This treated water then drains out to Kali Bein.

Gurvinder Singh, one of the karsewaks with Baba Seechewal, informs: “The second phase of using this treated water for irrigation is going on. We have established this system in several villages on the route of the rivulet.”

However, sewage from around 50 villages still makes its way into the Kali Bein. Irregular functioning of sewage treatment plants in seven towns on its route also adds to the sludge.

The impact of pollution on Kanjli is so enormous that most birdwatchers and wildlife enthusiasts have been skipping it for many years now.

Sanjeet Mangat, an avid bird watcher who stays in nearby Jalandhar city, says: “I don’t even remember the last time I visited Kanjli. Water is polluted, encroachments are rampant and hyacinth has taken over, which is why migratory birds don’t visit the wetland anymore. In fact, I am surprised to know it’s a Ramsar site.”

Geetanjali agrees. “Kanjli is fast losing its status as a wetland. While Harike wetland also has problems of pollution and encroachments, the heavy flows of Beas and Satluj rivers help offset the adverse impacts to some extent. Kanjli, on the other hand, is only dependent on a distraught Kali Bein,” she says.

The future for Kanjli seems uncertain unless a major upheaval in land use and sewage pollution takes place.

“The district administration got most of the encroachments removed some time back and a blueprint to deal with sewage pollution from villages en route Kanjli was also prepared. Kanjli had suffered because of the old barrage giving in, which affected the reservoir. Now, since the new barrage has been constructed, it is coming back to life and a few migratory birds can be spotted there,” she says.

Dr Jerath also points to the unique biodiversity of the wetland. “Kanjli is the only wetland in Punjab which has Utricularia, a carnivorous plant that eats insects. This aspect calls for a scientific study,” she adds.

Disclaimer: This article, authored by Manu Moudgil, was first published on India Water Portal. The views expressed by the author are her own and do not necessarily reflect those of YourStory.