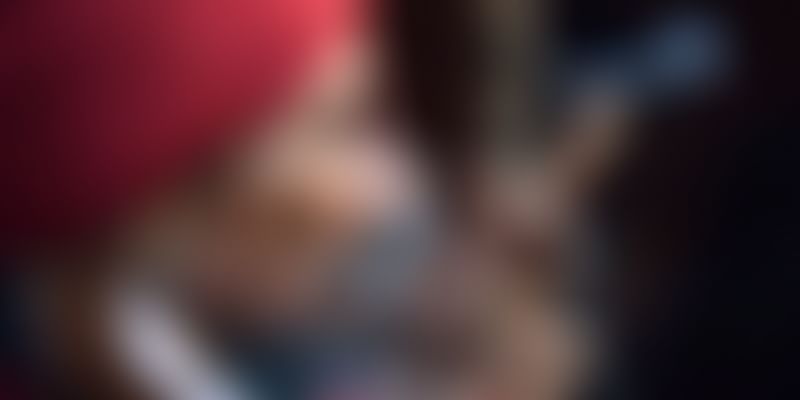 The proposed changes in the Act seek to enable medically supervised and state- regulated supply of traditionally used natural drugs for a common user.

Dharamvira Gandhi, a retired cardiologist and current MP from Patiala, had introduced a bill earlier in July, which sought an end to the 'drug war', and called for legalisation of certain natural intoxicants, such as opium and marijuana.

The bill was recently cleared by the legislative branch of Parliament, and is likely to be introduced as a Private Member’s Bill in the upcoming winter parliamentary session, reports the Hindustan Times.

Ending the war on drugs

The bill seeks to make amendments to the Narcotic Drugs and Psychotropic Substances (NDPS) Act of 1985, which was brought in order to meet Conventions on Drug Policy laid out by the United Nations.

"Thirty years down the line, where do we stand? The fact of the matter is that the NDPS Act has not only failed in achieving its professed goals, but this ‘War on Drugs’ has delivered results directly opposite to what it aimed to achieve," Dr Gandhi said in a statement.

The proposed changes in the Act seek to enable medically supervised and state-regulated supply of traditionally used natural drugs for a common user. It will separate natural drugs from the artificial and synthetic ones. Currently, ‘soft’ intoxicants, like bhaang (cannabis), afeem and bhukki (opium), are clubbed with artificial ‘hard’ drugs such as smack, heroin, crack, and cocaine. Possession of any of the drugs categorised illegal by the NDPS Act lands a user in jail with a 10-year sentence.

Dr Gandhi referred to the statistics from the Narcotics Control Bureau (NCB), according to which 88 percent of the drug-related arrests in India account for drug users and not directly related to the illegal drug trade. Only two percent of all arrests are of traffickers and distributors. None of the arrests were of financiers or of those running the drug trade at a large scale.

"The law should treat drug addicts as patients, not criminals," Dr Gandhi had told the Hindustan Times earlier in July when the bill was introduced. Without naming Punjab, he shared how drug menace has reached alarming levels in certain states of the country.

In the statement issued recently, Dr Gandhi claimed, "The ‘war on drugs’ had led to the creation of a dangerous drug mafia, hundreds of scores of human rights violations and innumerable precious lives destroyed. As the common man’s recreational substances were made unavailable, the newer, more potent, addictive and dangerous alternative drugs flooded the markets." He added,

"Heroin replaced opium, cocaine replaced cannabis, and so on. As the drug business involves huge super profits; on one hand, it creates rivalries spilling into gang wars and, on the other hand, it promotes ruthless and aggressive marketing, thus pushing more and more people into the drug world. Consequently, the petty traditional drug users are turning to the easily available and aggressively marketed more addictive and dangerous street drugs."

Speaking recently at the First World NCD Congress at Post Graduate Institute of Medical Education and Research (PGIMER), Chandigarh, Dr Gandhi had called fighting the nexus between the political establishment and criminals that funds the illegal drug trade.

Support from other Members of Parliament

Dr Gandhi won the Lok Sabha elections representing the Aam Aadmi Party. He, however, currently remains suspended from the party accounting on differences with the party leadership. Other members of Parliament including Women and Child Development Minister Maneka Gandhi, BJP MP Vinod Khanna, and BJD MP Tathagata Satpathy have also advocated for decriminalisation of marijuana in India.

Maneka Gandhi suggested legalising marijuana in India for medical purposes. According to The Indian Express, during a meeting of a group of ministers (GOM) who had met to examine the National Drug Demand Reduction Policy, she said,

"In some of the developed countries like the US, marijuana has been legalised, which ultimately results in less drug abuse. The possibility of the same maybe explored in India... Marijuana should be legalised for medical purposes, especially as it serves a purpose in cancer.”

Earlier in 2015, Tathagata Satpathy, BJD’s chief whip in Lok Sabha, admitted on social media that he smoked cannabis during his young days, surprising the Internet audience. Later in December, he brought up the issue in the Lok Sabha again. According to a DNA report, he said,

"In the villages of my constituency, old people, venerable people used to smoke natural marijuana. Today, by imposing ban on natural substances, which people have been using for ages, from the time of Lord Shiva, we have actually forced a lot of these people to move on to alcohol."

The NDPS Act was brought into effect in 1985, before which there was no legislation on sale or use of narcotics in India. The 1985 act was met with criticism in the Parliament for categorising hard and soft drugs in the same category, but the then Rajiv Gandhi administration refuted the criticism claiming that soft drugs acted as gateway drugs.

The US, which once spearheaded the global war on drugs, started legalising marijuana in 2014. Of the 50 states of the US, 29 have legalised the medical use of marijuana. This has led to increased revenues, reduced crime rates, and lesser drug related arrests. The Newsweek published an article studying the effect of legalising the drug in the state of Colorado where homeless population and rents increased, due to an influx of population from nearby states. Legalisation has also led to more teenagers getting addicted to the drug.

Kofi Annan, who served as the Secretary-General of the United Nations from 1997 to 2006, wrote an article on Huffington Post, supporting an end to war on drugs at the global scale. Explaining how the war on drugs leads to rise in the black market and drug-related violence, he advocated for decriminalisation of personal drug use, end of stigmatisation, and greater support for monitoring and rehabilitation of addicted users. He wrote,

“While most cannabis use is occasional, moderate and not associated with significant problems, it is nonetheless precisely because of its potential risks that it needs to be regulated.”