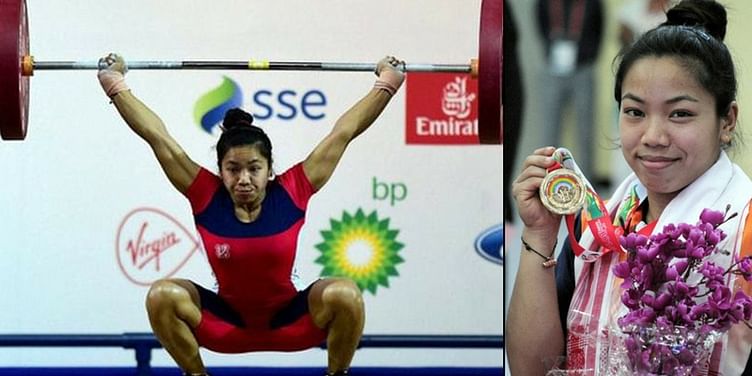 Since the unsatisfactory performance at the Rio Olympics (where she failed to lift the weight in any of her three attempts), the 23-year-old from Imphal had put twice the effort into her training, according to PTI. As a result, she won gold at the Commonwealth Senior (men and women) Weightlifting Championships held in Gold Coast, Australia. She broke a record then, lifting 85 kg, which was better than her previous record of 84 kg.

Mirabai's eyes filled with tears as she saw her hard work being rewarded. According to The Indian Express, congratulating her on her victory, sports minister Rajyavardhan Singh Rathore wrote,

"Saikhom Mirabai Chanu wins #Gold in 2017 IWF Senior Men & Women #weightlifting championships in Anaheim, USA. In the 48 kg weight category, her total lift was 194 kg. That’s four times her body weight. In sports, and in life, ‘will’ is everything. Never, EVER give up.”

Once taunted for being too thin, this weightlifter has won 38 medals

Untold story of AG Milkha Singh, one of the finest left-handed batsmen of his time