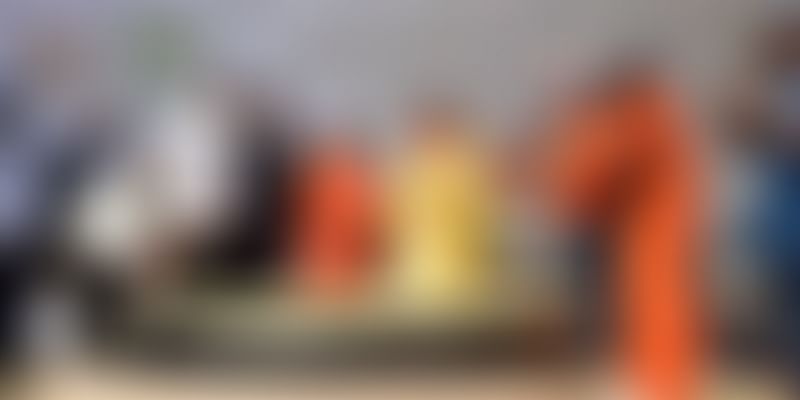 At the recently held World Food India event in New Delhi, renowned chef Sanjeev Kapoor cooked nearly 918 kg of khichdi. This tedious task was an attempt to enter the Guinness World Records and promote khichdi as a Brand India superfood.

The dish was steam-cooked in a massive wok weighing nearly 1,200 kg. Guinness World Records officials have not yet ascertained whether a record was made.

Baba Ramdev was the one to put the ‘tadka’ in the khichdi. According to FirstPost, he said,

Khichdi is healthy and a superfood. It is a solution to those depending on food supplements. It is rich with all nutrition.

He believes that promoting this dish would be an excellent way to encourage healthy eating habits not just in India but also at a global level.

Union Minister Harsimrat Kaur Badal also contributed in cooking the khichdi. According to The Indian Express, she said during the curtain-raiser event held on Wednesday,

Khichdi is the wonder staple food of India and is considered the healthiest prepared food in India and it is being eaten across the length and breadth of India by rich and poor.

Khichdi symbolises India’s great culture of 'unity in diversity' at its best. Therefore, khichdi has been selected as the Brand India food.

Made with rice, pulses, vegetables, and coarse cereals, the khichdi was made over the course of one night.

Imtiaz Qureshi, who is a master chef at ITC Hotels, was glad that the government is taking initiatives to promote traditional Indian foods and encourage Indian chefs.

This mega preparation of khichdi was a part of the ‘Great Indian Food Street’ at the global event.