This scientist spins a performing arts platform for the struggling artistes 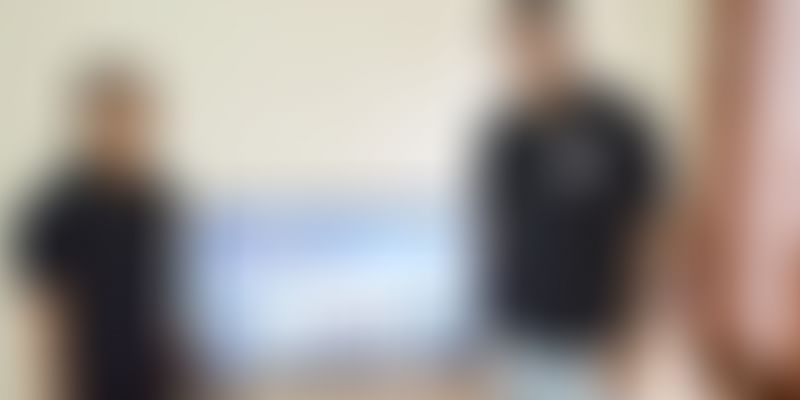 Suresh Chawrai’s Artistize gives artistes a stage on which they get to display their talent and be picked up for gigs.

Vinod Raj is a performing artiste who loves to showcase his skills in Shakespearean adaptations. With a desire to be discovered by global theatre troupes, he films his work and posts it on Artistize.com, a platform that allows artistes from over 160 countries to connect with each other. “Before such a platform came along I had to contact people on theatre forums, and there was no single platform on which I could showcase my work,” he says. But theatre is not the only thing he does. Vinod also works as a consultant in a small IT services company in Delhi.

Artistize allows fledgling and established artistes alike to create a portfolio of their talent and showcase it to the outside world through the platform. The idea itself was born from a family of performance artistes. But, interestingly, the platform was created by Suresh Chawrai, a scientist from the biosciences industry. “I grew up with music around me. My brother, who was a talented musician, found that his skills were not discovered and had to continue his day profession as a doctor,” he says. He adds that there are networking sites for corporate and friends, yet there was not one that helps people discover performing artistes.

The idea took shape in 2014. By then, Suresh had put in a decade of hard work in research and development at biosciences companies and institutions. He completed his PhD in 2009 at University of Cambridge and became the first employee at a successful biosciences company called Vyome, in 2010, where he still continues to work. He is also a visiting scientist at Harvard.

With such a solid background in science, one wonders why Suresh would go after a startup that supports the arts. But the answer is quite obvious if one delves into his childhood and his family pursuing art as a serious hobby. “There is more to life than the corporate world. The arts are very powerful for society’s growth and it needs a network that can essentially bring art together,” he says.

Pune-based Artistize has a personal investment of Rs 25 lakh from Suresh, and Rs 1.2 crore from friends and family.

The initial days went into scaling up the technology to support artistes in multiple countries. Initially, corporates were using the platform to find artistes for their local annual fests and team parties. The platform then saw steady growth in 2015 because of word-of-mouth testimonials, and there was a spike of 23,000 artistes registering on the website to showcase their work. About 40 percent of this number are active, gunning for performing roles across the globe.

It was only in 2016 that Suresh began thinking of a business model. He began to charge artistes for connecting with the right audience. The company also decided to serve as a placement platform for artistes looking to work on a full-time basis with production houses. “The platform is picking up, but we are looking to raise revenues,” says Suresh.

However, Suresh admits that the company is yet to generate substantial revenues. He says that he knows very well that the business needs to scale to the millions. “The opportunity exists because there are millions of artistes globally looking to connect with each other. Today, they are dependent on middlemen to connect them, and it is not very professionally done,” he explains.

The company is currently readying an app to make the business go global.

The size of the social media industry is directly linked to digital advertising. It is as big as $1 billion in India alone, says a report by eMarketer. Digital Media spends in the US are expected to be $120 billion by 2021, according to Forrester Research.

Experts, however, warn that a lack of a clear business model may spell doom for startups like Artistize “Social media companies need to scale up fast or else they will burn a lot of cash. Companies have to figure out a business model,” opines V Ganapathy, CEO of Axilor Ventures.

Suresh, on the other hand, has a created a team of 11 members who are technologists and a couple of marketing executives who are building the platform organically through social media portals. Only time will tell if upcoming cinematographers and artistes become so popular through Artistize that their success will eventually lead to the platform’s success.

Today, networking sites for artistes remain Tumblr, Instagram, Pintrest, SoundCloud and Facebook. Artistize is staring at giants around it, but, displays the will to make it. Let’s wait and see if Artistize will turn the fortunes of this scientist who wants to support the arts.