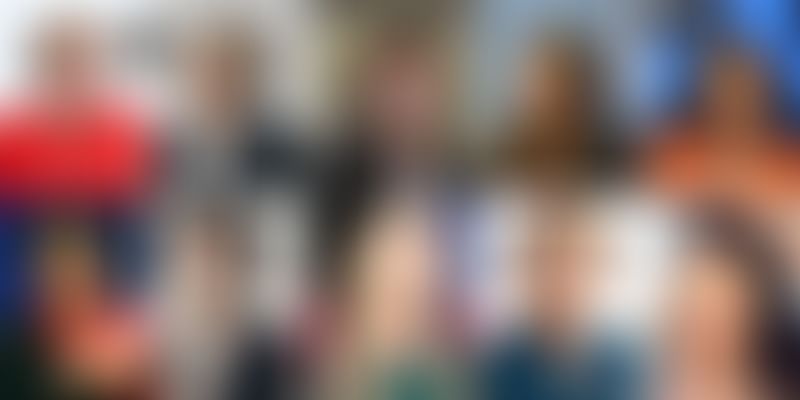 Meet the 10 most powerful, influential women around the world, who ‘are the change’ in the fields of politics, technology, business, philanthropy and more.

We’re drawing to the end of 2017, and James Brown crooning It’s a man’s man’s man’s world just won’t fly anymore! This year has been all about Beyoncé’s Run the world (Girls), and we couldn’t be happier.

Granted, there’s work to do and miles to go – we still need to bridge the gender wage gap; eliminate violence and discrimination against women; make healthcare and education available to all; and increase the representation of women in politics.

But thanks to these 10 incredible, unstoppable women, we’re making remarkable progress. They are movers and shakers in male-dominated lines of work, and yet they’ve made their mark, and how! True role models for everyone, meet the top 10 women to watch across the globe…

German Chancellor Angela Merkel is known as the most powerful woman in the world. In September 2017, she was elected Chancellor of Germany for the fourth term. While she faces many challenges in the upcoming term, she powers on, relying on reason and cooperation as the pillars of her leadership. Giving asylum seekers and refugees a home is a cause that is close to her heart and though she has caught flak for the same, she continues to be a strong advocate for them.

Back in 2016, United Kingdom Prime Minister Theresa May began the process of withdrawing the UK from the European Union, a move that had the world asking, ‘What will this mean for Britain and the rest of the world?’ Through 2017, she has been spearheading negotiations to move Brexit to the next stage even amid harsh criticism from many peers.

Chairman and CEO of General Motors (GM) Mary Barra’s vision for the company is to be more decisive, responsive and responsible. She has pushed GM into the automated driverless car space and recently announced that the automotive giant plans to move towards 100 percent electric cars. Barra is among other top female executives who work closely with US President Donald Trump’s administration to determine the future of trade, production and manufacturing, which are important for the US economy.

Probably the biggest name in philanthropy and Co-founder of the Bill & Melinda Gates Foundation, Melinda Gates has been a champion of women’s empowerment, using her voice to represent the voices of women worldwide. Eradicating poverty and hunger, bringing education to remote areas, access to contraceptives, healthcare, backing young innovators and ensuring work/life balance are few of the causes she dedicates her time to.

The Chief Operating Officer of Facebook, author and founder of Leanin.org, Sheryl Sandberg has raised concerns over the many societal barriers that stand in the way of women ascending career ladders. Through her work, speeches and books, she shines light on discrimination, sexism and sexual harassment as hurdles that career women face and urges women to lean in to positions of leadership despite such obstacles.

Indra Nooyi, the President and CEO of PepsiCo, has been instrumental in the financial growth of the FMCG giant. With an aim to join the conscious food movement she recently announced that the company is striving to cut sugar, salt and fat from several PepsiCo products. She is also known for her firm stance on the difficulty women face in maintaining work-life balance.

Engie CEO Isabelle Kocher has shouldered a responsibility towards sustainable energy like no other. Under her guidance, Engie vows to switch its gas operations to renewable energy and biogas by 2050. She has also made diversity in her teams a priority, ensuring at least a quarter of the Engie workforce is women.

In her role as advisor to the POTUS, Ivanka Trump is a crusader for elevating women to key positions, in the workplace and in politics. She has been pushing the Trump administration to pass legislation supporting a six-week paid family leave programme that will help new and adoptive parents.

The first woman to hold the office of President in Chile, Michelle Bachelet is currently serving her second term as the country’s president. She has been a champion for reproductive rights and the legalisation of gay marriage. Environmental conservation and the preservation of flora and fauna are the other causes she works towards.

YouTube star Lilly Singh, aka Superwoman, is one of the most powerful women in the entertainment industry. She has used her influence to speak against patriarchy, misogyny, racism, and discrimination, and promotes GirlLove, a campaign to break girl-on-girl hate. She is currently serving as a UNICEF Goodwill Ambassador to advocate for children’s rights.