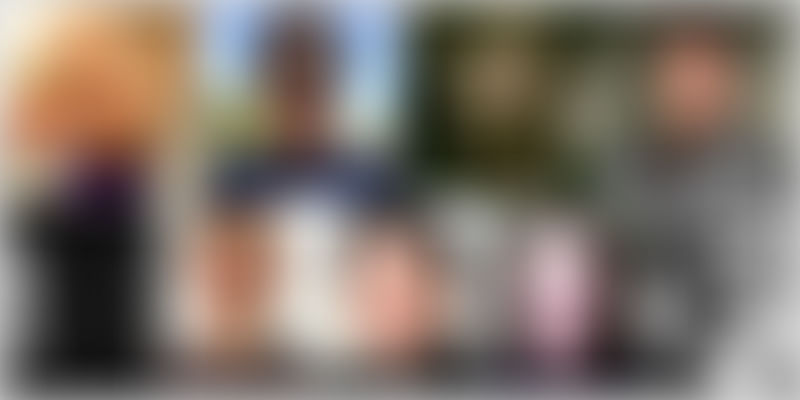 However, many people are unaware of the people pushing this innovation. From tech innovators and entrepreneurs to far-thinking investors, a number of people have been responsible for various applications and aspects of this revolutionary tech. Here, in no particular order, are some of the biggest and most important innovators of the blockchain universe:

The pseudonymous and elusive person or people responsible for the original design of Bitcoin, Satoshi Nakamoto first burst onto the scene in 2008 with his/her/their paper, ‘Bitcoin: A Peer-to-Peer Electronic Cash System’. After laying the foundation for the cryptocurrency, Satoshi stayed active in the development of Bitcoin until 2010, before disappearing without a trace. Many attempts have been made to discover Satoshi’s identity over the years, but while conspiracy theories abound, there has never been a conclusive answer. Just a few weeks ago, one theory claimed Elon Musk was Satoshi. However, Elon Musk refuted the claim. As the Founder of Bitcoin, Satoshi is estimated to own about one million bitcoins, worth over $17 billion in today’s exchange rates.

Vitalik Buterin is the Co-founder and inventor of Ethereum, popularly considered the second-most popular and powerful cryptocurrency after Bitcoin. The 23-year-old first learned about Bitcoin from his father at the age of 19, and used his computer skills to create a “decentralised mining network and software development platform rolled into one”. Despite his young age, he is one of the most influential and respected people of the cryptocurrency universe, a fact further compounded by his co-founding of the well-known publication Bitcoin magazine in 2011.

An early Bitcoin developer, Eric Lombrozo today is the Co-founder and Co-CEO of Ciphrex Corp., a company that develops tools and application development platforms for cryptographic protocols. A long-time contributor to the Bitcoin Core project, Eric has in the past contributed to the development of other cryptocurrency networks, including Ripple and Ethereum.

If Satoshi Nakamoto is the Father of Bitcoin, Nick Szabo can be called the Grandfather. In 1998, Nick designed a mechanism for a decentralised digital currency called “bit gold”. While bit gold never actually took off, it has often been called the precursor that laid the groundwork for Bitcoin architecture. Nick has often been theorised as the true identity of Satoshi Nakamoto, but he has repeatedly denied it over the years.

South Africa-based Riccardo Spagni is one of the seven co-founders of Monero, a cryptocurrency known for the level of privacy and anonymity it offers investors and transactions. One of the most ardent supporters of the decentralisation and lack of regulation prevalent across blockchain technologies, Riccardo today is a leading speaker on topics ranging from blockchain technology and regulation to the potential of the technology for various future applications.

American computer security specialist Zooko Wilcox is the founder and CEO of Zcash, a cryptocurrency that is focused on improving the anonymity offered for Bitcoin transactions. A relatively new cryptocurrency (it was launched in late 2016), Zcash was set up by Zooko in collaboration with cryptographer Matthew D. Green from Johns Hopkins University, US. Zooko is best known for his Tahoe Least-Authority File Store (Tahoe-LAFS), a secure, decentralised file storage system.

Charlie Lee is the creator of Litecoin, a highly popular cryptocurrency alternative to Bitcoin. The Director of Engineering at Coinbase, one of the world’s largest cryptocurrency exchanges, Charlie previously spent six years working at Google on a variety of platforms, including YouTube Mobile, ChromeOS, and Google Play Games.

Brian Behlendorf is one of the leading and most well-known figures in the worlds of technology, computer programming, and open-source software. At various times in life, he has been a founding member of the Apache Group (later known as the Apache Software Foundation); on the boards of the Mozilla Foundation (since 2003), Benetech (2009), and the Electronic Frontier Foundation (2013); and CTO of the World Economic Forum before joining the Linux Foundation in 2014. He now leads the Hyperledger project at the Linux Foundation to advance blockchain technology and its applications.

Self-described futurist, entrepreneur, and software engineer, Jeff Garzik is the co-founder and CEO of Bloq, a startup building services and applications based on Bitcoin, Ethereum, and other open-source decentralised platforms. An early Bitcoin adopter, he split off from the core project to pursue the development of more open-source blockchain applications. He recently launched two new cryptocurrencies – metronome and UnitedBitcoin – in an effort to find better ways of scaling open-source alternatives to Bitcoin.

Given the pace of innovation and development in blockchain and cryptocurrency environments, it is almost impossible to keep track of all the prominent entrepreneurs and innovators from the sector. These nine are some of the most well-known names in this area who have become nearly synonymous with cryptocurrency and blockchain innovation. As more avenues open up, they will be joined by others who can envision the disrupted and decentralised future made possible by blockchain technology.

Do you feel there are other names that can join these nine on this list? Who are your favourite blockchain and cryptocurrency innovators? Let us know in the comments below!