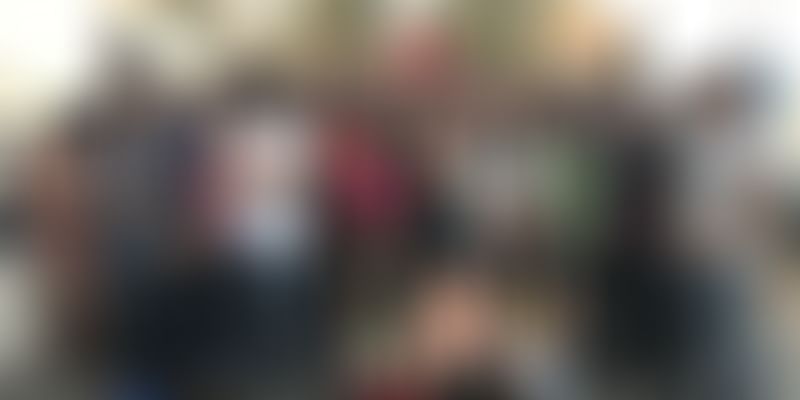 After struggling for funds, Bengaluru-based personal concierge app Dunzo gets Google to bet $12.3 million on it. Here's how they did it.

Last week Bengaluru-based personal concierge app Dunzo raised $12.3 million in Series B funding. This fund-raise is unique because it is Google’s first direct investment in a startup in India. So why Dunzo? And how did the startup manage to rope in Google?

Let’s rewind to June-end - the year wasn't going as Kabeer Biswas had planned. As Co-founder of Dunzo, he had hoped to have closed a Series B round of funding. Fundraising is a time-consuming process, and in Dunzo's case, was taking longer than usual. The day-to-day operations of the business were becoming a problem.

The startup needed more capital and funds to build a stronger product and tech capabilities, and hire engineers and product managers.

Kabeer and his team were hopeful that the next round of funding would take Dunzo to the next level. But with no funding in sight, Kabeer went to the people who he knew would help him no matter what. His investors, Aspada Investments and Blume Ventures, helped with a small bridge.

The future is getting things done

However, the year of fundraising woes soon ended when Google invested $12.3 million in the company. It was the internet giant’s first direct bet in an Indian startup. But why Dunzo?

“We are very energised by the Indian startup ecosystem, the entrepreneurs and the talent pool in India. We will invest as and when we spot the right opportunity. We have nothing else to share at this time.”

Google may have been tight-lipped, but its investment came as a sigh of relief to the Dunzo team and its early investors.

“Google is there for all your search needs. Search has become information, and people are now moving from that towards what needs to get done. It is no longer enough to give location points or store details. People want things to be done, and that is where Dunzo comes in. And that is where the next focus on product innovation is headed.”

A source close to Google says hyperlocal is a big market, and business. What was lacking in India was the ability to execute it.

“The others in the on-demand space - Swiggy and Zomato - are big and the amount of capital needed to invest in those would be significantly higher,” he says, on condition of anonymity.

Dunzo was mentioned to the search engine giant in passing. Intrigued, Google made contact and the rest followed. There was speculation of an acquisition, but the internet giant chose to invest in the company.

Google had come in at the end of a rather arduous journey. By then, Dunzo had made a spreadsheet listing over 80 different investors across the country. But nobody was willing to bite.

Kabeer, 33, had thought of Dunzo at a restaurant in Bengaluru.

“I thought how nice it would be if there was someone who could complete a list of tasks for you. If you could tell someone and it is done,” he says.

“I love Dunzo!” said a friend when I mentioned the personal concierge app. She went on to explain how she has used Dunzo for everything - from picking up a dress to dropping documents.

Dunzo has become a saviour of sorts for many in the city. From medicines to food, to getting that leaky faucet fixed, it is slowly becoming everyone’s go-to app. It lets consumers create “tasks”, which are divided into different buckets like buy, pick-up and drop, and others. The app covers 80 percent of Bengaluru.

That, however, wasn’t enough.

The investment community, though they knew about the love people had for the product, were wary of investing in it. Dunzo was close to running out of money twice. This despite the fact that the company had a few acquisition offers from Indian on-demand companies.

Staunch belief in the business

Founded in 2015, Dunzo’s founders include Kabeer, Ankur Aggarwal, Dalvir Suri and Mukund Jha. When YourStory spoke to the Dunzo team in February this year, the team had raised funding of over $2.5 million in two rounds from Blume Ventures and Aspada Investments.

At that time, the costs weren't divided into buckets. The startup would charge the customers on the kilometres run - Rs 40 for 4 km, Rs 80 for 8 km, and Rs 120 beyond that. Tasks that would take an average of 75 minutes, dropped to 45 minutes.

Today, 65 to 70 percent of Dunzo’s task volumes come from pickups and drops, five to seven percent from home services, and the remaining 20 to 25 percent is buying and selling.

Despite heartburn from investors, the founders continued to believe in the business.

“The team relentlessly kept making product innovations and changes. Kabeer would talk to investors, and despite the silence and wariness, he kept pushing. There isn’t a single metric that dropped. Customers were happy, the team worked to reduce the delivery time. They ensured that the app and product functioned and continued becoming better.”

Kabeer says the current burn is somewhere between Rs 80 lakh and Rs 90 lakh a month. The on-demand business is a tough one – the frequency of the business needs to be high; there needs to be a strong liquidity of demand and supply.

That’s why the desperate need for the next round of funding.

An analyst, seeking anonymity, had then said: “The product is great, the way the operations run is seamless, but it will be hard to raise the next round of funding. Are they scalable?”

The fact that Dunzo fell in the dreaded “hyperlocal” segment didn't help.

“The market was difficult; people had burnt their fingers last year after the bets they had made in the hyperlocal business. We were aware that raising funds in the hyperlocal space would be a challenge. But there is capital in the market and we believed with the metrics and customer delight, we could raise money sooner,” Sahil says.

Will we make money out of it?

The problem, an analyst seeking anonymity, says was that while the end consumer loved Dunzo, the investors were wary of it making any money.

They had their reasons. By the end of 2015, investors had pumped in $9 billion across 1,005 deals into the space as on-demand and hyperlocal were the major themes of the year.

Come 2016, and many of these startups started floundering. Home-service startup TaskBob, which had raised $5.7 million funding in 2014, had shut down as it was unable to scale up and generate profits.

On-demand logistics services provider Parcelled.in, which had secured $5 million funding, shut down as it was unable to make up for its poor margins.

“Let’s face it. Investors invest money in a company and a sector to get returns. And many investors burnt their fingers in hyperlocal businesses,” another investor says.

Doubt regarding whether Dunzo would be able to scale kept investors away.

“I really can’t guarantee whether Dunzo is a slam dunk or not. I can’t do it now nor could I do it then. However, if you look at the behaviour that they modelled in the market, the customers and the metrics, it’s gotten stronger. What I would say every single time is that the business needs a chance to prove, and if it has strong metrics with the existing numbers, it will be stronger with over 30,000 orders a day.”

He adds that the nature of venture capital is such that once you know that a certain consumer behaviour is being shifted, investors want to take a bet on that behaviour.

“Our assumption simply was that such strong retention and loyalty metrics would give enough cause to get investors to cut a cheque,” Karthik adds.

Most of us are aware that consumer businesses aren't easily self-sustaining in the early days. Eventually, every investor uses the same lens. How much more money will the business require? Is it scalable or not? Is it charging enough?

“It is unfair to say this early that the business isn’t scalable. The team has proven time and again that the metrics are strong and while I cannot disclose the numbers, it is a healthy business,” Sahil says.

Another key factor that made investors wary was the fact that many in the market believed that Dunzo was charging too less.

I ended up “dunzoing” a pouch, which I had left home at Rajarajeshwari Nagar to Indiranagar. The task took close to an hour and cost me Rs 250. While I, as a customer, might find that cost reasonable, many investors believed it was far too less. Kabeer, however, adds that the team doesn't lose any money on logistics.

“So clearly we aren't charging too less. Can we charge more? Yes of course,” he adds.

However, pricing for new-age tech consumer businesses has always been dicey. There needs to be a liquidity of demand and supply for such businesses.

Kabeer explains this means that the only reason his on-road partners are able to reach outlets within five to seven minutes is because there are enough partners, and enough demand for those partners on road.

Would being acquired help?

Now that demand and its use cases can work only if consumers feel that the price point is reasonable. The balance is tough to make and this isn't just in the case of Dunzo; it also is seen in cases of Ola, Uber, Swiggy and BigBasket.

Ola has already raised $1.2 billion from SoftBank this year, Uber is in talks with SoftBank for $10 billion funding, and Swiggy had roped in Naspers for its Series D funding.

This means every investor in the country had already made a bet in the space. Karthik says an investor wouldn’t make a bet even if there is a 40 to 50 percent overlap with what Dunzo is doing.

“But Dunzo was unique and not a copycat. We were just asking people to give the brand a chance to grow 10x the size,” Karthik adds.

The easiest option seemed to get Dunzo acquired by one of the portfolio companies. Sources say there were acquisition offers from several major on-demand startups.

“Everything is always on the table. But we always believed that Dunzo had the capacity to grow 5 to 10x,” Karthik says. It clearly is a tough call for an investor. Sahil adds it’s always the founder’s call in the end, but there was always the over-riding belief that the company had the ability to grow before making an exit.

However, now that Google has made its bet, Dunzo is poised for its next stage of growth. The team is looking to hire a stronger tech team, and more engineers and product managers.

“We are looking to bring in predictability in our tasks. There still is five to 10 percent unpredictability in our transactions. And I believe that great products should be able to do highly repeatable things in a six-sigma fashion,” Kabeer adds. Dunzo has also recently started operations in Pune.

Now that Google has bet on the hyperlocal segment, will Amazon look closely into it as well? And will this change the way investors view the space in India?

Like Karthik says it is too early in the game to decide.