This movement is changing childcare for orphans in India 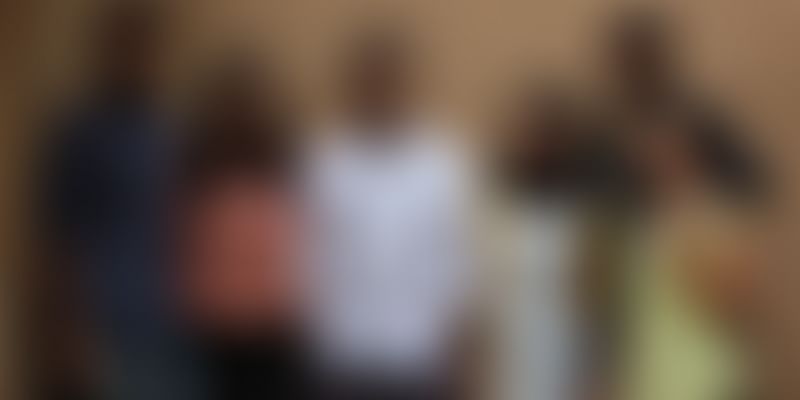 India has about two crore orphans, out of which on 0.3 percent are orphans in the traditional sense – where both parents have passed away.

The rest are children who have been abandoned, rescued from child trafficking or child marriage, children who are lost, children growing up in abusive family environments, etc.

Out of the two crore orphans, only about 35 lakh live in orphanages. Besides, orphanages face a severe resource and capability crunch.

Childcare outside the family unit

Four people who had worked with 80 different orphanages in 20 cities, came together to start Guardians of Dreams, an organisation that works to provide comprehensive childcare to children without families.

The founders – Sujith Varkey, Gloria Benny, Aditya Surneni and Mekha T, emphasise that everything Guardians of Dreams does is down to its many volunteers, who spend several hours a week working to create a healthy environment for orphan children.

“We realised that childcare is not looked at as a sector of its own in India,” Gloria says,

There is polio vaccination, there is some conversation around child sexual abuse, and there is attention paid to schools; but that’s about it. No one looks at the sector as a whole outside the family unit, because as a society we assume that every child has a family.

The first goal of Guardians, then, is to establish comprehensive childcare as a sector.

Mekha adds, “The other goal is to ensure that childcare is outcome-focused. Currently, orphanages are only able to focus on immediate needs and the inputs required to fulfill those needs. They focus on food, clothing, shelter and education, and that’s it. This is drastically different from how our parents raised us, with a vision for our future in mind. If orphan children are raised only with a view to meet their basic needs, how are we surprised that they are often unable to function as independent adults?”

Guardians’ partners with orphanages across three cities – Bangalore, Kochi, and Chennai – to enable orphanages to provide outcome-focused childcare. For example, Guardians has partnered with 87 orphanages in Bangalore to further these ends.

Currently, it focuses on two key areas: one, adequate infrastructure for orphanages.

These homes do not get support for capital expenditure, even from government, Gloria says.

Two, Guardians works on aftercare transition that is, helping children phase out of orphanages once they turn 18.

For infrastructure, Guardians partners with two orphanages every year and renovates them for safety, sanitation, and hygiene. They look at the kitchen design, ensure the toilets-to-children ratio is adequate, and make sure the sleeping and studying areas have furniture.

In an orphanage in Kochi, we added mosquito nets. We didn’t think it would be so crucial – but the orphanage administrator said that ever since the nets were involved, it was tough to get the children to wake up at 6am every day. Earlier, the mosquitoes used to do half the job. Now the children sleep much better.

“At another girls’ orphanage,” Mekha says, “There were no mirrors. When we renovated it, we made sure to cover an entire wall in the bathroom with mirrors. That was the highlight for the children. They no longer had to fight over a small mirror every day. These small changes really change how children perceive themselves. Parents usually think of these things for their children, but no one does it for orphan children.”

Often, the transition to post-orphanage life can be insurmountably difficult. Children are not phased out of orphanages; they have to leave suddenly when they turn 18, and they start jobs with no safety net. This often leads to exploitation. Even children who study further often fall through the cracks and drop out because of financial constraints.

Guardians runs two programmes to make this transition easier: the Guardians Scholastic Award, a cash award of Rs. 25,000 for 50 students across all three cities, who perform well in their Class 10 and 12 Board exams. The other is a programme that manages ID documentation for these children, because they often don’t have their Aadhaar cards, birth certificates, caste, community and destitute certificates, which causes them to lose seats in colleges and stops them from accessing scholarships.

“Homes want to support children after free education ends in Class 10, but it is prohibitively expensive for them. The cash award, these homes say, is a relief because the education of at least the meritorious students is taken care of,” Gloria says.

Driven by volunteers, involved with communities

How do they fund these programmes? “Childcare is a huge issue, and no one organisation can solve it on its own,” Gloria says, “This is why we follow a participatory model, and why our volunteers are the stars of the show. They organise charity events such as football matches and school competitions. This helps immensely with fundraising. The other sources we tap are individual donations and CSR funds.”

Meher Suri, who volunteered with Guardians for 16 months, says,

As a fundraising fellow who primarily handled community fundraising projects, I didn't just learn about the technicalities of raising money for the cause but effectively engaging with the community that I'm a part of.

What are the future avenues Guardians wants to work in? “We want to focus on three other areas of childcare soon,” Gloria says, “The first is education. We want to ensure that children’s learning outcomes are good, and we want to do this through after-school tuitions. The second is healthcare and nutrition. We want to make sure that nutrition plans are prepared for the children according to their age and individual needs, and that they have a counsellor network they can access. The third area is improving the quality of staffing in orphan homes, because often the skills of the staff can be the silver bullet that solves multiple problems in childcare.”

“We used to teach children over the weekends before we started Guardians,” Mekha says,

But we realised that no matter how good the education is, if children are sleeping on the floor after school, or if they are unable to support themselves after they turn 18, there is only so much by which you can enable them. This is why Guardians of Dreams, through our volunteers, treats childcare as a comprehensive whole – just like any parents would for their own children.