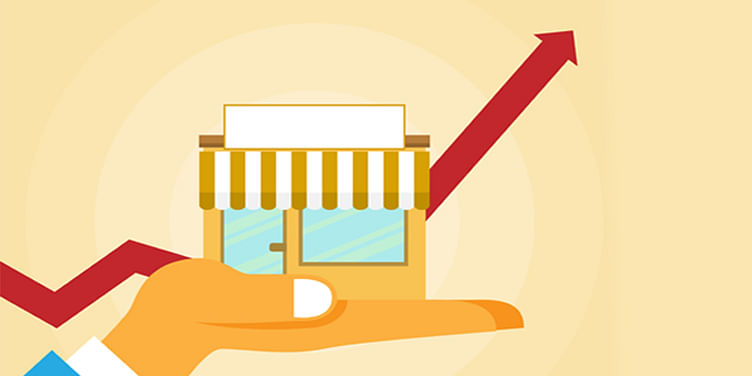 Small and medium businesses (SMBs) have been growing at a rapid pace in the country and this year has been no different. They play a big role in the growth of the Indian economy and the SMB sector is a major source of innovation, employment, and industrialisation of rural and backward areas in the country. With more than 51 million SMBs, the sector contributes up to seven percent of the manufacturing GDP. Increase in purchasing power, rising consumerism, and improved policies are driving the growth of the SMB industry in India.

As we come close to the end of the year and the beginning of 2018, it is important to take stock of where the industry is right now, where we are headed, and some trends that will dominate the Indian SMB sector in India.

Growth in tier-II and tier-III

According to a recent report by NASSCOM and Zinnov, India’s tier-II and tier-III cities are emerging as hubs for startups, primarily due to the growth of accelerators and incubators. More entrepreneurs are now coming from smaller towns and cities due to an increase in awareness and educational initiatives. MSMEs in tier-II and III centres are also witnessing faster growth than their counterparts in the top cities of the country. Low competition, unexplored markets, and an increase in investments due to success in tier-I investments are also proving to be a boon for small business owners in these areas.

One of the biggest news stories to break out this year was India jumping 30 places to move into the Top-100 of the World Bank’s ‘Ease of doing business’ global rankings. Credit reforms, protection of investors, and some structural reforms have made this possible. While we are on the right path, there is still a long way to go in empowering entrepreneurs and facilitating ease of doing business. There are more reforms that are needed in business setup, contract enforcement, simplification of processes, etc., that will drive this further. This is expected to continue in 2018 with more changes and improvements in the framework for small businesses in the country.

Financing is an important aspect of every phase of a small business. Difficulty in getting access to credit and finance is a big challenge that small businesses face. SMBs in tier-II and tier-III centres find it harder and this acts as a major growth inhibitor. Complicated collateral, long duration and delays in disbursement, high rate of interest, and messy sanction procedures lead to SMBs not getting the right financial support at the right time.

With the rise of the Fintech industry and companies, we’re seeing more and more financing options and instruments that are accessible and affordable for small businesses. New credit-scoring mechanisms, usage of data and analytics, automation of cumbersome processes, and simplified user journey methods are helping small businesses get access to finance when they need it the most. Fintech players have also allowed SMBs to get loans and credit faster with minimal paperwork, documentation, and collateral. This will help entrepreneurs focus on their core business instead of worrying about the gaps in their cash flow.

Adoption of technology and the internet

The internet is one of the biggest drivers of the SMB sector in India. The growth of digital technologies, platforms, and the internet have enabled entrepreneurs and small businesses to expand their reach to newer markets and outside their existing geographical limitations. As more consumers embrace the internet and mobile channels, digital becomes a huge opportunity for the growth of SMBs and emergence of new ones.

Digital SMBs are growing twice as fast as offline SMBs. However, a mere 32 percent of Indian small businesses are now online, and there is a long way to go. There is a lack of awareness, access, and support that acts as a deterrent for SMBs to go online. In 2018, we will see more small businesses adopt the internet to run their businesses and engage with customers. Initiatives by the government and the private sector, the push for financial inclusion, changes in the payments ecosystem, and changes in the way consumers transact is going to increase the pace at which small businesses adopt technology and the internet faster this year.

The next year is going to be exciting for the Indian small business owner as we see big changes in technology and consumer behaviour. Where will the growth trajectory of SMBs take them in 2018? Let’s wait and see.