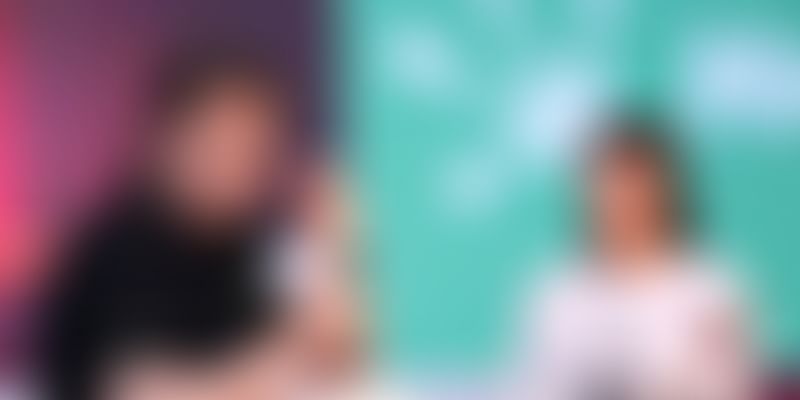 Watching the gaming market open up in India is like watching history being made right in front of your eyes.

After my time at Zynga, when I was figuring out my next adventure, and touring the world talking to big game companies, I felt I was lucky to know the secret that others were only starting to suspect -- the opportunity in India’s emerging gaming industry.

Now, as the numbers are starting to tell the story in terms of smartphones, engagement times and downloads, other companies around the world are waking up to the Indian gaming “honey pot” as the place to be.

It’s exciting for me that Moonfrog is already here, and has been here for four years. We have been focusing exclusively on India, building our company, creating games, gathering experience and learning about our players: the people of India.

It’s been a joy to see the industry evolve and to be part of that evolution. Two years ago, when I went to the NASSCOM Game Developers Conference in Pune, the most asked question was: “How can I be successful in the West?” Last year, that question came up only 50 percent of the time. This year, no one asked that question and, instead, the focus was on how to win big in the Indian market!

I love that the game-makers here in India have been learning and have levelled-up in the two years that I’ve been here. So have I, and so has Moonfrog. We’ve built Moonfrog’s flagship product Teen Patti Gold to greater heights with new modes and features. At the same time, we’ve also released two games in different genres with two major Indian IPs -- Alia Bhatt: Star Life (narrative adventure) and Baahubali: The Game (real-time war strategy). We've learnt a lot from the hurdles we've overcome in developing these games as well as from analysing the data on how these games are played and enjoyed by our players.

I’m going to share some of these learnings with you here.

While building Alia Bhatt: Star Life, we knew we had to get the story, character and dialogue right. Our characters were designed to remind people of several Bollywood icons and stereotypes to make it easier them to connect with the game. Our goal was to have our players say, “Oh! I remember this guy….” even if they’d never seen the character before.

The trickiest part, though, was getting the style and length of the dialogue right. It might seem obvious, but people don’t want a flavorless wall of text when they’re playing a game. They want quick-to-read and interesting dialogue that is fun to imagine coming from those characters’ mouths. Our big learning here was that dialogues of less than 100 characters work best. Slightly less than the erstwhile 140-character limit on Twitter, our stories got much better when we used this constraint to our advantage.

Translating the game into Hindi was another challenge. Translation services and agencies brought varying degrees of accuracy to the process but the real win happened when we hired writers who already had experience writing dialogue for Hindi movies. The key takeaway here is that when story and dialogue are important in narrative games, you can’t cut corners. You need to hire the right writers to maintain the true flavor of India.

I believe in the craftsman approach to making games– “understand what your players like and give them the best version of that”. One of the things I really like about Moonfrog is that during the research phase of making a new game or adding new features to a game, our teams travel across the country, visit tier 1 and tier 2 cities and talk directly to the players.

It’s simple but not always easy. We talk to players, show them our prototypes, ask questions, hear their thoughts and take lots of notes, especially on their reactions and what they like or don’t like. In fact, one of our most-used game modes in Teen Patti Gold, the “Pot Blind” mode, was conceptualised because of this process.

Our best learnings are not only about how and what people like to play, but also about the context of their play. Good phones, bad phones, good network, bad networks -- these are all important factors in the play experience, and have helped both our engineering teams and UI/UX designers get better at delivering quality fun.

We’ve been fortunate to work with both a huge hit (Baahubali) and an A-list celebrity (Alia Bhatt). Both have been a lot of fun as well as great learning experiences on how it’s different to work with a movie IP versus a celebrity IP.

When you’re working with a film, your release date for the game is also the movie release date and it’s set in stone. You can’t miss that deadline because it will affect the success of your game. You also need to have a good rapport with the cast, crew and the production house, all of which will help you to make the best authentic game possible, as well as align your release with the marketing and PR surrounding the film’s release.

Working with a celebrity is quite different from a film IP because you’re signing up to work with an individual. This means you have to work your way around their schedule. We made Alia Bhatt: Star Life when Alia was actively working on 4 different movies. One day we’re emailing and the next we’re flying to Goa to work with her filming schedule. It’s awesome and hectic. So be prepared for that.

Another difference is getting the art right for the likeness of the celebrity, because how they look is a big part of their brand. We spent months working and reworking the likeness of Alia in the game to be the best possible representation of her digital self. This wasn’t only important to Moonfrog and Alia, but also her fans.

4. Surprise and delight as a service

Building a good, player-friendly game is only one part of the success equation. The other part is “live-ops” or “running a game as an entertainment service that delivers surprise and delight to our players”.

Beyond keeping our servers running well and having bug-free software, “entertainment as a service” means having a pipeline of new content to release to players week after week, providing surprises to delight players, keep them excited and wanting more. One technique is to offer special content only accessible in-game. Another is combining real world events with what’s going on in the game.

The line-up of fresh never-seen-before Alia videos that the players would find only if they played “Alia Bhatt: Star Life” is an example of this. The really exciting surprise that we had for players was the “Happy Birthday” video from Alia Bhatt herself, which pops up in the game on the player’s birthday.

Another example of delivering “games as an entertainment service” was the Independence Day special feature in Baahubali. With this feature, we celebrated August 15 with pomp as players were given Indian flags to decorate their base.

These are just a few of the learnings we’ve gathered about India and Indian players, and we’re just getting started. This is a very special moment in time for India. The game market is growing rapidly. With so many people moving to smartphones and playing games, India is one of the most vibrant and explosive places for gaming across the entire world. As a veteran game maker, I’m excited to be working with my colleagues at Moonfrog Labs, being a part of the challenges and the excitement of making games for India.