Living the sharing economy in the cryptocurrency way 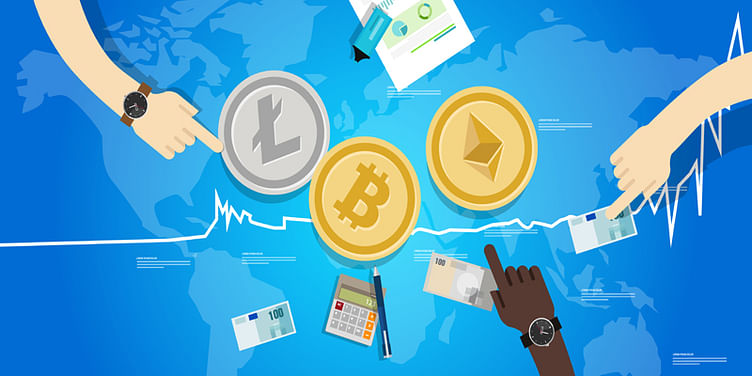 With cryptocurrencies like Bitcoin popularising the adoption of Blockchain, the technology is predicted to spur sharing and exchange of assets. Although the success of the bitcoin bubble is highly speculative, blockchain provides a sense of promise to its users.

It has been a couple of years since the thought of buying a house, a car or even a furniture struck me. I have always lived in rented homes shared with my friends, after leaving college. When I lost my first car in an accident a few years ago, I gave up the idea of owning a car. Renting one is much easier and economical. Even the clothes I wear for special occasions are rented. We cannot deny the growing influence of rental and sharing companies in our lives.

From bikes and cars to homes, welcoming the "Sharing Economy" into our daily lives

The concept of sharing is not new to us. It is a natural instinct. Packs of wolves or colonies of ants communicate well enough to hunt as a group. Every member gets a share of the hunt. This act of cooperation has helped countless species to brave catastrophic calamities through millennia. We have survived on the very same principles, sharing our food and whatever resources we had within our communities.

The first Industrial revolution ushered an era of abundance for the first time in history. The resources available at our disposal today are unparalleled. We are able to order, on demand, everything from food and medicine to transportation and computers. But this abundance is not distributed equally. More than 70 percent of the world’s adults own less than 3 percent of the global wealth. Economic growth by itself cannot bridge this gap. It is under these conditions that we witness the revival of the age-old system of collaborative consumption.

Sharing in the recent past has gained attention for its ability to allow access to a variety of assets and services at a fraction of the previous cost of buying them. Owners and providers can supplement their income when customers rent from them. The growth of platforms such as Airbnb and Uber popularized the concept of shared marketplaces, paving the path for others to enter the space. This allowed the concept to grow beyond our trusted circle of friends, neighbors and family. The stigma of renting our personal belongings to strangers is giving way. But how can this new paradigm alter our notion of ownership for good?

Cypherpunks and the rise of Blockchain

Bitcoin arose as an amalgamation of ideas and technologies developed on a cryptography mailing list. Started in 1992, it was humorously nicknamed cypherpunks by one of the founders, Jude Milhon. They believed cryptographic technology would lead to the emergence of self-organized, cooperative societies.

In 2008, a cypherpunk, known by the pseudonym Satoshi Nakamoto, released the whitepaper for bitcoin. He envisioned it as the world’s first decentralized digital currency. Nakamoto had been active in the community since 2007. His idea drew from the previous work of cypherpunks like Adam Back’s Hashcash, Wei Dai’s b-money and Nick Szabo’s bitgold and outside technology like Bram Cohen’s Bittorrent. The true genius of bitcoin is its ability to function without any central authority. It maintains a secured ledger of verified transactions between participants, called the blockchain.

A decade later, the ubiquity of blockchain technology has given way to more than just digital currencies. We have decentralized application platforms like Ethereum, blogging platforms like Steemit, and even a platform to trade digital cats. The success of bitcoin may be speculative. But blockchain holds great promise as a technology for trade in the future. Not only does the blockchain distributed ledger enable direct peer-to-peer transactions, it reduces the cost of processing transactions and enables secure management of large volumes of data without central control.

The fundamental blocks of any economy are transactions. These transactions can be between two individuals, two businesses or between a person and a business. Traditional fiat currencies complicate this process. Every rupee transaction done online passes through multiple intermediaries before reaching the intended recipient. Blockchain-based systems cut out these middlemen.

The sharing economy as we know it, consists of a large number of disparate and isolated marketplaces. Blockchain-based systems can stretch across political and cultural boundaries to unite these fragmented marketplaces and build a true global Sharing Economy with a common currency.

The adoption of Blockchain in the sharing economy will not happen overnight. But it surely presents the possibility of changing the way we think about ownership. By creating algorithmic trust between users, it can foster the growth of global, self-organized peer-to-peer marketplaces.

According to a PwC report, the peer-to-peer global marketplace is pegged to touch $335 billion by 2025. The adoption of blockchain technologies can spur this growth by allowing existing platforms to scale far beyond their current limitations. While blockchain enabled systems will not completely replace current systems, they will create a pathway for efficient and quicker transactions. The fusion of blockchain and sharing can build systems that could revive the natural order of sharing on a global scale.