The march of technology: how these 10 objects shape the global economy 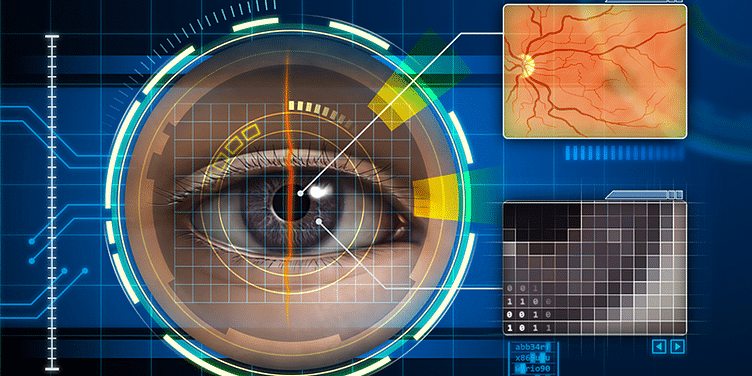 This well-designed coffee-table book details the story of 10 objects and technologies having profound impacts on our lives. With lots of fun facts, anecdotes and infographics, it makes the information accessible to a broad audience,

Launched in 2012 as “a guide to the new global economy for people in business who are excited by change,” the publication Quartz celebrates its fifth anniversary this year with the release of the slender book, The Objects that Power the Global Economy.

The compilation has been put together by editors Lauren Brown and Caitlin Hu. Here are brief snapshots of the innovations; see also our reviews of the books The Inevitable (Kevin Kelly), Industries of the Future (Alec Ross), and Life 3.0 (Max Tegmark).

Invented in 1992 by Dartmouth College professor Eric Fossum, the active pixel sensor was originally designed for NASA for its miniature space cameras. Other intended applications were “swallowable pill cameras” to map digestive systems.

Nokia and Sanyo first used it in cellphones in 2002, and the Ericsson Z1010 was the first mobile device with a front-facing camera. Photography (and society) would never be the same again thanks to selfie mania; the world "selfie" was named "word of the year" by the Oxford Dictionary in 2013.

Filters are used in an estimated 57 per cent of all images posted in Instagram. Unfortunately, taking selfies has inadvertently led to accidents and even deaths; the Mumbai government has demarcated 16 no-selfie zones in 2016, many along the seafront.

Nearly 90 per cent of world trade moves by shipping container, and refrigeration has transformed the global food industry. Thanks to initiatives by companies such as Maersk and Traxens, “smart” reefers now help track where goods are, when temperatures fluctuate, and when the containers are jolted.

Startups such as TripWire and Freightos are regarded as the “Ubers” of shipping, and help businesses book space in reefers. The world’s busiest ports are in Asia: Shanghai and Singapore. The world’s most-shipped fruits are bananas, apples, oranges and grapes.

Oceans cover two-thirds of our planet, and seabeds have some of the largest reserves of copper, nickel, cobalt and manganese. The world’s richest underwater diamond deposits are off the coast of Namibia. Some of the deep-sea microbes could also have medical applications, eg. bio-luminescence.

Companies like Debmarine (a joint venture by De Beers and the government of Namibia) have developed underwater tractors for mining. However, there are also environmental issues on how to minimise damage to marine life.

Thanks to iris scanners, India has built the largest biometric database in the world as part of the Aadhar programme. Iris scanners are also used in Mexico (in pensioner benefit schemes), Jordan (for refugees to get cash from ATMs), and UAE (to document locals and foreigners).

Passports were first specified and standardised during a meeting in 1920 in Paris, after World War I. Bio-metrics are now used in passports as well; ePassports were pioneered by Malaysia in 1998. Trends to watch are the use of AI for face recognition and authentication.

The Human Genome Project, started in 1990, is the largest collaborative biology project. Within 30 years, the cost of gene sequencing has come down from $3 billion to $1,000. Techniques such as CRISPR-Cas9 can edit genes.

The most common bio-tech crops (with genetic modification) are cotton, soybeans, canola and corn. Bangladesh also farms GM eggplants. Some animals can even be brought back via “de-extinction,” such as heath hen (US) and thylacine (Australian marsupial).

In countries like the UK, citizens can use “three-parent procedures” to reduce genetic defects in embryos. Companies such as Novartis, Dupont, Monsanto and GE Healthcare are identifying ways to benefit from vast pools of consumer genetic data. Concerns of privacy and ethical practices call for research and collaboration between industry, government, academia and civil society.

From “Faster, Higher, Stronger” in athletics to “Smarter, Faster, Better” in the workplace, humans have looked for ways to enhance physical performance and mental skills. Modafinil reportedly offers alertness without negative side effects. Adderall has been used to treat ADHD in children.

The fourth most used stimulant in the world (after tobacco, alcohol, caffeine) is the areca palm or betel nut (paan in India). In east Africa, khat plants have been known to have amphetamine-like properties, but countries like the UK have banned import of these stimulants.

Factors like lack of faith in government-backed currencies have spurred the rise of blockchain and bitcoin. Startups like EverLedger are trying to use blockchain to track the diamond industry. At various points, more than 90 per cent of bitcoin exchanges have been linked to China, probably due to citizens trying to circumvent strict government controls on the yuan.

However, there is a lot of confusion and hype in the market. There are also concerns over the rising costs of electricity needed for blockchain computing, which has now crossed the energy levels of many countries’ national grids.

Turbo-pumps fuelled by liquid propellants are propelling humans and cargo into space. They are used by SpaceX, Blue Origin, Rocket Lab and India’s ISRO. Rings of satellites around the planet are trying to boost Internet access, such as Iridium, GlobalStar, O3b, HughesNet, SiriusXM, ViaSat and SkyTerra.

There are concerns, however, over the accumulation of debris and trash in space. The startup AstroScale is attempting to clean up space junk.

Server farms at data centres are the heart of the global Internet. Manufacturers in Taiwan, such as Wistron, Foxconn and Quanta, supply servers to tech giants Amazon and Facebook. AWS is the largest hosting company in the world.

Data processing and storage account for an estimated 2 per cent of global electricity usage, but this could reach 13 per cent by 2030. The hunt is on for secure and energy-efficient locations to host server farms around the world, such as Scandinavia and Oregon. One of the highest data centres in the world is in the Atacama desert; the Deltalis data centre is in an underground bunker in the Alps.

Laptops, smartphones and wearables would not be so integrated in our lives without lithium-ion batteries. Lithium is the lightest metal in the periodic table, produced largely in Argentina, Bolivia and Chile.

The cost of the combination of batteries and renewables needs to match the economics of combustion, which may eventually happen. There are concerns, however, over safe and sustainable disposal of cobalt, which is used in lithium-ion batteries.

Solar energy is finally becoming as cheap as fossil fuels. Morocco has the world’s largest concentrated solar plant, and plans to “greenify” 600 mosques with solar panels by 2019, with support from German development agency GIZ.

Tunisia has launched the TuNur solar project. The Lake Kariba hydro-power project in southern Africa is located at the world’s largest man-made lake. Kenya has an estimated 40 per cent of Africa’s geo-thermal potential.

Iceland is the only country that runs on 100 per cent renewable power all the time (hydroelectric and geo-thermal). China has become the world’s biggest clean-tech investor. Saudi Arabia, with oil exports accounting for 90 per cent of its budget, is now investing billions in non-oil businesses, especially technology.

Elon Musk is creating the world’s first vertically-integrated clean energy company, moving away from the “mine and burn” hydro-carbon economy. Bill Gates has co-founded Breakthrough Energy Ventures, a fund with $1 billion for clean energy.

Some details on how these 10 products were chosen for the book would have helped, along with a list of other contenders. Still, the book is a stimulating read on innovative products, and takes the focus away from just cool apps and consumer gizmos to ‘behind the scenes’ innovations and broader environmental issues.