Prices up by 81 pc in 24 hours, why are Bitcoin investors suddenly flocking to Litecoin? 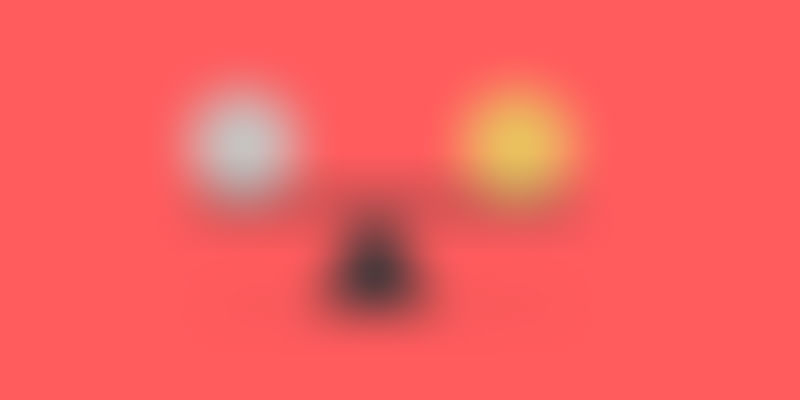 Just today, Litecoin has seen prices rise by 81 percent with the price of a single Litecoin going up to $328.92.

Up by 4000 percent from year to date, Litecoin seems to be skyrocketing higher than its digital sibling Bitcoin, in terms of just growth.

Experts have already anointed Litecoin to be the ‘silver’ to Bitcoin’s gold.

According to Coinmarketcap, Litecoin ranks fourth after Bitcoin, Ethereum, and Bitcoin Cash with close to $13.8 billion in market capitalisation.

In the last 24 hours, the price of a single Litecoin has risen to $328.92 (at the time of publishing this article), according to Coinbase’s exchange, GDAX.

So what is suddenly pumping the momentum for this cryptocurrency? Some hints for the meteoric rise are already out there.

First, Litecoin has more room to grow, given that only 64 percent of its total stash of 84 million coins are in circulation.

When compared on Coinmarketcap.com, only 76 percent of Bitcoins are in circulation of the total stash of 21 million coins. Twenty-one million coins is the maximum market capitalisation for Bitcoins.

But there is a flipside to this coin.

On an average, the mining profitability for Bitcoin continues to be the highest at $3 per day for one transaction hash. However, for Litecoin this number still remains to be at $0.0499 per day for a single hash.

Birds of the same feather flock together

In the past, creator of Litecoin, Charlie Lee has said that most innovative works done by Bitcoin developers and projects directly benefit Litecoin. He has said,

“Every Bitcoin developer also works on Litecoin. Absolutely nothing they can do about that. If you don't like that Litecoin piggybacks off of Bitcoin developers' hard work, it is because you care more about Bitcoin making you rich than crypto changing the world.”

Just to give an example, SegWit, (the process by which block size limit on the Blockchain was increased) was integrated into the Litecoin’s codebase prior to Bitcoin, and the stability of Litecoin’s codebase subsequent to its integration of SegWit led to increased support for SegWit within the Bitcoin community.

In an article, CoinDesk has said that Bitcoin and Litecoin are the same feathers flocking together.

Further structures of Bitcoin and Litecoin are nearly identical.

For example, a successful beta test of Lightning Network last week on the Bitcoin Blockchain, (an overlay network built on top of an existing Blockchain) is also in the 2017 roadmap for Litecoin.

Now look at this, the Blockchain size for Bitcoin is 172.96 GB while that of Litecoin is 10.68GB, so it takes faster and less computing to process a transaction for a Litecoin.

But needless to say that block sizes may grow as Litecoin picks up.

Litecoin is a Bitcoin hedge

In a recent article in Forbes magazine on Litecoin, Jeff Koyen, strategic advisor for 360 Blockchain, stated:

"But with Bitcoin overbought at the moment and Ethereum relatively flat, they're turning to Litecoin -- a grande dame crypto with reliable underpinnings and enough similarities to bitcoin that they're comfortable buying."

A lot of market analysts have stated in Forbes that Litecoin is essentially a ‘Bitcoin hedge’.

For equity markets, investors sought to gold to soak up if the equity faulters. However, in the cryptocurrency what is gold and what is silver? The answer is other cryptocurrencies.

BTC/LTC (Litecoin) is a great example as price data as old as the final quarter of 2013 shows six quarters where the pair's correlation surpassed 0.7 and three quarters where it exceeded 0.8.

Here is another graph from the 'Bitcoin Market Journal' which also states that there is a strong correlation relative between Litecoin and Bitcoin.

Why is everyone moving away from Bitcoin to Litecoin?

Just this weekend, Bitcoin analyst Nic Carter had suggested that there was a spam attack of low-fee transactions which resulted in a clogged Bitcoin mempool, which prevented the Bitcoin Blockchain network from clearing transactions and processing payments.

In his tweet, Nic Carter states that this is one of the biggest spam attacks since May.

Suspicious behavior in the Bitcoin mempool again. Be on your guard this weekendhttps://t.co/8MIPUW0Cxw pic.twitter.com/npMXjHP4Ma

The Bitcoin mempool acts as a holding area for unconfirmed transactions.

An article in 'CoinTelegraph' explains,

So, low-fee transactions are quite difficult since it basically means that platforms need to hike the cost of the transaction for it to be processed faster. Globally, Bitcoin wallets seem to be charging as high as $ 16 for a Bitcoin transaction to clear their pending transaction pool.

Hence, there could be a correlation in the increase in interest in Litecoin which can be connected to the clogging of small value transactions for Bitcoins and also hedging risks of investors across different cryptocurrencies.