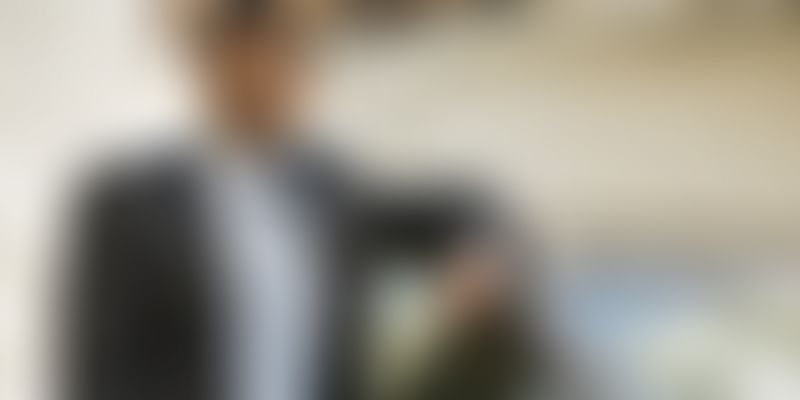 Vipul Jain, who believes stem cells are the future of healthcare, is focused on making Advancells a therapy provider even as most Indian companies concentrate on banking and research.

Stem cell therapy, also known as regenerative medicine, may be the next chapter of organ transplantation, but there aren’t too many takers for it. For the therapy, which promotes the reparative response of diseased or dysfunctional tissue using stem cells, is an expensive proposition.

The majority of people in India can’t afford it; those who can, fly abroad for the treatment.

But, Vipul Jain has - in four years - built a profitable stem cell therapy business. His startup, Advancells, has crossed Rs 10 crore in revenue and is completely self-funded, he says.

Vipul is neither a scientist nor a technologist. He calls himself a serial entrepreneur who happened to see stem cells as the future of healthcare.

Stem cells are capable of treating various diseases such as diabetes, Parkinson’s, Alzheimer’s, arthritis, stroke and heart diseases. These cells, the building blocks of our body, can be used to regrow organs and treat diseased organs with transplants. Research is on to make it a mainstream therapy, costs remain prohibitive.

“I got into it because it can save lives; research is only reducing costs,” says Vipul, the Founder of Advancells.

The transformational nature of stem cells

Advancells was born when Vipul acquired a German company and their IP in stem cells for $7,50,000 in 2013. He began to invest in scientists and has till now invested a sum of $2 million in the business.

The idea came to him when he stumbled upon the working of stem cells at a healthcare conference. This led to a fascination with the transformational nature of stem cells, leading to him buying the German company’s IP.

Today, around 55 hospitals use Advancells therapies. The company also focuses on a B2C model where the patient comes to Advancells for counselling and they are referred to partner hospitals for treatment.

The company charges Rs 2,000 per million cells. For treatment, a doctor needs a total of 2.5 million cells per kilogram of weight of a person. The treatment can last from a day to 40 days.

The early days of entrepreneurship

An MBA from Rochester Institute of Technology, New York, Vipul is a serial entrepreneur. Extending the family business of garment exports, he started his career in 1999 by establishing a fabric import enterprise. In 2002, he established Mirage Animation, which produced TV-quality animations.

After this, he identified an opportunity in the medical tourism space, which led him to co-found a company called PlanetHospital. He soon moved on to establish his own medical tourism business, Mirage Medserv, which focuses on SAARC countries, Russia, Africa and the Middle East.

Vipul was also a part of Round Table India and various other social organisations. His many meetings led him to realise the need for better stem cell research in India.

According to a YES Bank and the Federation of Asian Biotech Associations (FABA), the top five players in the Indian private sector space in stem cells currently are Reliance Life Sciences, Life Cell, Cryobanks India, Stempeutics and Trans-Scell Biologics. Most Indian companies are focused on stem cell banking and research.

That’s where Vipul’s business strategy differs - he focuses on the therapy aspect.

The Indian Government has been quite proactive in promoting work in stem cells, especially in clinical trials, basic research and creating applications. The Department of Biotechnology invested $60 million in stem cell research during 2005-2010.

Getting the business model right

Vipul had to work hard to convince doctors about the advantages of stem cell therapies. In the first year, he focused on the Delhi region; by 2015, he was in talks with hospitals across the country.

“The pricing was essential. The hospitals were fine with sourcing cells from us because we were also referring a lot of patients to them,” Vipul says.

Advancells as a business makes an EBITA margin of 20 percent, Vipul says.

The startup is consistently upgrading technology by introducing innovations. Advancells processes the bone marrow/adipose tissue from a patient and separates the stem cells.

“These are further processed in our state-of-the-art laboratory for treatment procedures. The company intends to file a patent for this simulation technology in the near future,” Vipul says.

Advancells has 35 employees, with three-fourth of them being scientists.

“I don't intend to raise money because we have been cash positive since the last two years,” Vipul says.

Anand Anandkumar, CEO and Co-founder of Bugworks Research, which raised close to $5 million in grants, says, “A lot of work needs to be done in healthcare. Indian businesses need more support from the funding ecosystem for businesses to scale up.”

Vipul believes stem cells will become mainstream in time and is investing to become a large business in the next decade.