Here are the top startup investors of 2017 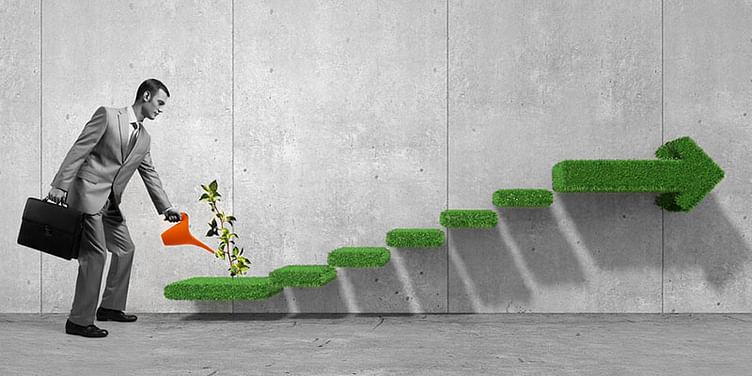 In a record year in terms of funding for the Indian startup ecosystem, early-stage investors have kept the deal ticker buzzing. Accel Partners leads the pack.

This year has been a record one in terms of investments in the startup ecosystem, with $13.7 billion invested across 820 deals. Early-stage investor Accel Partners emerged as the top startup backer in 2017 in terms of the number of deals, having completed 65 investments. Seed investment platforms LetsVenture, with 37 investments, and Venture Catalysts, with 33 deals, are next; IDG Ventures India (30 deals) and Blume Ventures (29 deals) make up the top five.

Accel put its new fund to good use with an impressive 65 investments in 2017. Accel raised a $450 million India fund late last year. At that time, the investor had said it would utilise the funds primarily for seed and early stage investments.

Accel made 22 new investments, of which 20 fell in the early-stage category. A whopping 43 investments were in Accel’s existing portfolio companies.

We continue to remain excited about the early-stage investment opportunities in India. In 2017, in all, 20 out of 22 new investments we made were either Seed or Series A stage startups. We continue to invest across sectors and have broadly invested in Consumer, SaaS, Enterprise B2B, Agri-tech, Fintech and Healthcare this year.”

Angel and seed investment platforms like LetsVenture and Venture Catalysts deserve a special mention. These act as marketplaces almost connecting individual investors with startups looking to fund raise. We did debate whether such platforms should be included. We decided to include them as these networks are instrumental in the fundraising process of the startups that get funding from the angel investors on these platforms.

However, as these networks focus on early stage investments with relatively smaller cheque sizes they do tend to have higher volumes. Not surprisingly, both feature prominently in the top of the rankings in both the charts.

LetsVenture focused on Consumer, Healthcare and Agri while VCats primarily invested in companies in sectors like FMCG, F&B and Manufacturing this year.

"I do believe the marketplace online model will continue to be strong enabler towards building scale and access to the new emerging investors as well as enable the global Indian to participate into the maturing Indian start-up ecosystem," says Shanti Mohan, Founder of LetsVenture.

If these two marketplaces are not considered then IDG, Blume and Accel top the early-stage investor table.

Like Accel, a few other early-stage funds too focused largely on their own portfolio this year. Vani Kola, Managing Director at Kalaari Capital admits that the “goal this year was to support the growth of our portfolio companies”. (Disclosure: Kalaari Capital is an investor in YourStory)

While IDG Ventures India has completed 12 new investments, its Founder and Chairman Sudhir Sethi says the fund did focus on subsequent rounds of financing and 18 of their companies got refinanced in follow on rounds.

Early-stage investors caution about the dip in investments in the Series A and earlier stages. Tarun Davda, Managing Director at Matrix Partners, says that in many ways, the last 12-18 months were sobering for the Indian startup ecosystem. “There has been a flight towards quality. Compared to the excesses of 2015 and parts of 2016, the year 2017 is a much more 'normal' year. Investors have been more selective in making bets - but for quality startups there hasn't been a dearth of capital,” Tarun adds.

Padmaja Ruparel, Co-founder of Indian Angel Network, says the market has given a strong signal in the year for entrepreneurs to create innovative propositions and not me-too products. She adds:

Some government regulations like Section 56 of the IT Act has held back angel investment. On the other hand, companies have shifted overseas (US/Singapore) to avoid the Angel Tax net. Investments of $1 million to $5 million or $6 million has been very difficult. Good companies have faltered for lack of funds/delayed at this stage. This has impeded growth for companies and angel investors have become wary. However, the Government of India’s Fund of Fund has committed to several venture funds. This should bring more money into the startup ecosystem and encourage entrepreneurs to get started. This is exactly the reason that IAN has launched the IAN Fund as it will bring critical post angel round money to the startups, along with mentoring and market access."

While fewer investments have taken place in the early stage, it is not for a dearth of startups. Padmaja says that over 10,000 entrepreneurs reached out to IAN in 2017, and the angel network invested in less than 0.25 percent of this pipeline.

Is it dangerous to be fixated on these two sectors?

The market for both financial services and consumer internet is very large and new players will emerge to fill in gaps in the market using new sources of data or better go to market strategies, just like Bajaj Finserv found a valuable space in consumer finance,” says Sandeep Singhal, Co-founder and MD, Nexus Venture Partners.

He adds that the key issue for finance companies is increased competition from banks with their low cost of capital, particularly once they put the NPA issue behind them. Many NBFCs haven’t yet proven their underwriting models in tough market environments, and have grown their books very fast over the last couple of years.

“I expect some consolidation with the more progressive banks acquiring fast growing startups to bring talent and new business models into their fold. With share prices at record highs they can afford to acquire. Consumer internet will continue to remain a market share game as long as Softbank and Amazon keep pumping in capital, and other entrepreneurs need to find niches where they can build large businesses away from this battlefield,” he adds.

IDG too was focused on Finance. Says Sudhir: "Investment thesis was more towards Fintech and Software in 2017 and in Consumer more towards media and shared economy models. In Software, we saw a number of deep tech companies which is a great new trend in India not seen before and these companies are world beaters in terms of tech.”

The other clear trend in 2017 was the big fund raises by startup ecosystem bellwethers Flipkart, Paytm and Ola. These three raised a whopping $7.29 billion (including debt financing) in 2017. This is not a bad sign, say investors. Tarun of Matrix Partners says:

It's very important for the first generation of Indian product startups to do well - this will pave the way for a new wave of value creation. To that extent Flipkart, Ola and Paytm are doing very well - they are well capitalised and continue to execute on the opportunity. 2017 saw some M&A activity (the bigger lot acquiring and investing in startups). 2018 will see these bellwethers make even more strategic bets and execute towards becoming large 'platform plays', like their global counterparts.”

Investors expect investments to pick up in 2018, especially in the early stages. “The factors which would enable the change would be active participation of state and central government bodies in the startup ecosystem, which focuses on providing the required resources and infrastructure to the new ventures, increased risk taking appetite of angel investors and more participation by HNIs and UHNIs in the angel investing ecosystem. In addition, focus by corporates to incubate fledgling startups will open up more areas for startups to build innovative companies,” says Padmaja.

Accel, which was 2017’s top investor, expects the trends of this year to continue into the next. Accel’s Shekhar says the focus sectors of Consumer, SaaS, Enterprise B2B, Agri-tech, Fintech and Healthcare will remain the same. He, however, expects many companies in these areas to increasingly use Artificial Intelligence, Machine Learning and Blockchain. “We continue to invest in great founders with deep insights and scale thinking, across large categories, and early in their journey,” says Shekhar.

IDG too sees deep tech investments go up. Sudhir says he sees the following trends in 2018:

Matrix’s Tarun says there are some clear signs that point towards a better 2018. He says:

Larger bellwether companies such as Flipkart, Ola and Paytm are now well funded and are executing well to the opportunity. Some of the emerging bellwethers like Zomato, Policybazaar etc are showing signs of moving towards profitability while continuing to grow at a fast pace. The mix of entrepreneurs is also broadening - along with young engineering graduates we are also seeing experienced executives from these bellwethers venture out. In a deepening market, we have all the right ingredients in place for significant value creation over the next decade and so 2018 promises to be a good year for making new investments.”

Nexus’ Sandeep sees many challenges and opportunities in 2018. The positives include entrepreneurs across industries building businesses based on first principles rather than the copy paste models of the past. Also, the penetration of smart phones in semi urban and rural markets will lead to vernacular platforms gain steam. He, however, warns: “Large Chinese players are joining US companies in their interest in the new economy in India and entrepreneurs should expect greater competition in the market. On the positive, greater participation in new markets will grow the market faster.”

The year 2017 has been a mixed bag. However, it is clear that funding is back. The biggies raising massive rounds of funding is a great shot in the arm for the startup ecosystem, and one expects funding to go up in 2018, especially in the early stages. However, only well differentiated business models will find backers. Investors have well and truly learnt the lessons of 2015 – copy-paste and me-toos will not work. Entrepreneurs would do well to take these lessons to heart.