With AWS, businesses bet on personalised knowledge for next growth phase 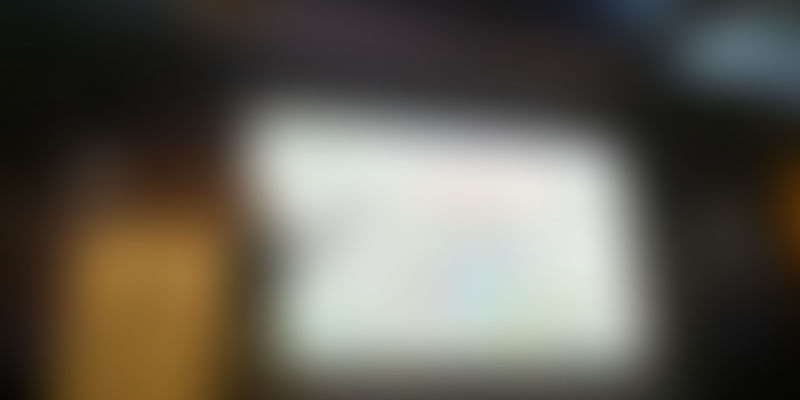 Imagine a situation where a software can accurately guess your mood and provide a music list that soothes and uplifts your soul, or mellows you down after a long day. Well, Amazon Web Services (AWS) has figured out just that.

Millions of rows of music lists can be crunched in seconds and then the software would recognise the mood on your face to recommend music that makes sense at that moment.

This was unveiled in Las Vegas in November and has found its way to India, where the almost eerie robotic voice of Amazon ‘Polly’ informed the audience at the AWS event that she can speak 25 languages.

Bikram Singh Bedi, Head of Amazon Internet Services, says, “Artificial Intelligence is nothing but machines that think and behave like humans. Vision, natural language processing (NLP), data-crunching technologies are just the tip of the iceberg today. AI will eventually change the way we do business. Take, for example, healthcare drug research that can reduce timeline to drug discovery, and doctors can use virtual patient assistants. In retail today in-store analytics can be done in real time.”

Amazon’s entire customer experience is on Machine Learning and AI. So the concept of Amazon Go, which is a retail store that has integrated payments and catalogue selections onto the consumer’s mobile, will change the face of retailing.

This is not an app or fintech business. In this scenario, all you have to do is scan the mobile and enter the store. By doing so, all the purchases will be recognised by the mobile when the consumer adds the goods in to the shopping basket. The consumer can leave the store as payments will be made the moment he or she picks up an item and puts it in the shopping basket.

Jayant Swamy, MD, Global Data Architecture Lead, Accenture says, “We have worked with several organisations on AI to change the way they looked at business models.”

Today, there are several contentions and contenders when it comes to a debate on AI. Today, Elon Musk and Mark Zuckerberg have Twitter battles going on every now and then about what they believe AI is. But both of them do know what AI has been doing, in that it is changing civilisation itself.

What we have seen today is just the tip of the iceberg and there are several businesses already using these technologies. So, Accenture has gone on to implement solutions based on AI, just like TCS is working with Rolls Royce on AI. All these SIs are working on telecom, agriculture and manufacturing industries to predict outcomes based on data gathered from edge devices or Internet of Thing (IoT) devices.

“Artificial Intelligence is all about data and its quality. Recommendation engines need good quality data and we worked with clients where we collected millions of data points that were crunched to save them time and effort. We saved some of the businesses tens of millions with the help of machine learning,” says Jayant.

Accenture worked with a plantation company in Southeast Asia, which is three times the size of Singapore, and solved a unique problem that usually takes months to be done manually in a matter of hours.

The client was losing acres to weed infestation, which had destroyed crops and dropped margins. The plantation wanted Accenture to identify these weeds and know the key areas that need to be saved before the infestation spread. In the old days, the plantation companies were sending people to find out the root of the problem but were unable to stop the spread.

So, Accenture swooped in and deployed drones that captured data with high-end video graphics, which used ML and computer vision to analyse what an infected plant or tree looked like before the infestation. “We could do this in hours. The tech and processing required was immense because of the voluminous amounts of data. But the client transformed themselves fast because they could predict the nature of the weeds and cut it before it infested the plantation,” says Jayant.

So, the crux of the AI revolution is this: data needs to be monetised. Just building algorithms does not cut it. How are we going to capture that data is key. In enterprises, one group is not aware of what the other is up to. We have to bring them all together, and organisations should drive this change. Eighty percent of this enterprise data is working in silos, with enterprises using only three percent of their data.

So AI can signal a rapid advance in technology if an organisation wants to go digital.

Gartner predicts that by 2020, cloud adoption strategies will influence more than half of IT outsourcing deals. The largest market will be Software-as-a-Service (SaaS) market, which will double to $75 billion by 2020. It is here that AI and machine learning will be of biggest use, along with a combined and judicious use of platforms and infrastructure.

Vasan Subramanian, CTO, Accel India, says, “Technologies will exponentially grow, because the computation and storage costs have dropped. People who have more data will have a better advantage than people who have great algorithms.”

Vasan says startups need to look at bringing about differentiation in the verticals that they go after.

He adds that startups need to study the businesses of Simility (security), MoneyView (SMS coming from banks), SigTuple (looking at blood samples on a real-time basis) to see how they use AI to disrupt the verticals they go after.

“Go after industries that have the willingness to adopt technology, and digitisation should be high in the sector. There should be a lot of data. It must be easy to automate,” says Vasan.

Accel research showed that construction, travel and tourism did not spend money to digitise faster. The data they showcased made it clear that Manufacturing, Financial Services and Logistics sectors were the best bet to build AI services.

Finally, AWS and its experts told businesses that they have to focus on the data to usher in a revolution for services that use AI.