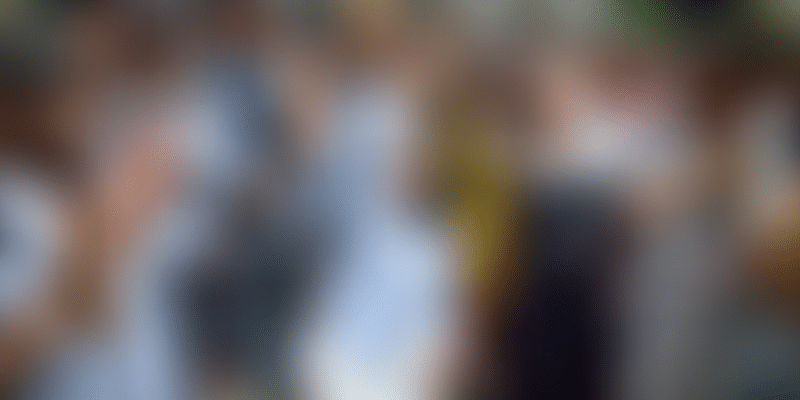 Discrimination against persons with disability play out in many subtle ways. Workplaces, are after all, nothing but constructs of the society.

In line with our previous attempts of chronicling journeys of the specially-abled, and build dialogue around inclusion and accessibility; SocialStory, a vertical of YourStory organised a month-long campaign on making India inclusive.

The campaign discussed various issues around accessibility and invited leaders and change-makers to share their views and opinions on the subject.

As part of the Inclusive India campaign, we also partnered up with organisations like Sarthak Educational Trust, Enable India, National Centre for Promotion of Employment for Disabled People, among others, whose efforts have played a significant role in paving way for a more inclusive society.

The campaign which started on November 6, 2017 culminated with a special event on December 8 where experts and change makers working in the inclusion sector shared their views in two insightful panel discussions.

A panel discussion at the event deliberated on “Employment and workplace Inclusion.” The panelists who were part of this conversation included Madhumita Venkataraman, who currently heads diversity and inclusion for a leading beverage brand, Mr. Pranesh Nagri, Operations Manager of Inclusion Services with Enable India and Meenu Bhambhani, who heads the CSR activities for Mphasis.

Discussing how prejudices and discrimination against people with disability plays out in workplaces, Madhumita explained how the problem arises when to someone, the disability part overshadows everything else in the other person. His or her disability becomes more important than the person. Constant staring and being over- sympathised are also other issues. Finding jobs and career growth becomes particularly difficult.

“There is a person I know who graduated from one of the top B-schools in the country. He was a good student. He had to literally go through 40 companies before he got his first job,” she added.

Adding to this, Meenu discussed how discrimination often plays out subtly. She added, “I still feel that many schools from where HR professionals come, are not equipped enough for diversity.

In spite of sensitisation and awareness, I have come across situations where they have assumed that a candidate cannot do a certain job. Despite having all the academic qualifications, they still believe that this person cannot type. Arey aap test to lekar dekh lo? (At least take a test first?)

Explaining how workplaces are nothing but constructs of the society, Pranesh called for changes in the social response to disability. “Discrimination starts from the household. We need to change the way a person with disability is looked at.”

What workplaces need to do to become disabled friendly

Discussing what workplaces need to do to become more disabled friendly, Meenu explained how the Rights of Persons with Disabilities (RPWD) Act, 2016 is a game changer. “Rules were framed very recently in June 2017, according to which every company above the workforce of 50 will now need to have an equal opportunity policy. You need to have that listed in public domain. Private establishments have been brought into the ambit of the RPWD Act. Earlier, it was voluntary, but now it is mandatory.”

Calling for companies to bring about a change in perspective, Madhumita said, “A lot of companies say that they are not completely accessible, and hence won’t hire people with disability. Given the number of types of disability and the large spectrum, one needs to start somewhere. The other problem we observe is when companies say that they will hire a person with slight orthopedic disability but not someone who is a wheelchair user. Give people a chance. It is a journey of progressive realisation.”

She also called for companies to form their own policies and communicate them to the employees, and discussed why companies should look beyond employees. “If you have a customer or a supplier who is a person with disability, you need to become inclusive towards them as well. You also need to look at the employees in your companies who are parents to children with disabilities,” Madhumita said.

Pranesh spoke about the need for workplace inclusion in the unorganised sector. The equal opportunity clause in the RPWD Act goes beyond the corporate world. It applies on our lives as well. “We need to understand disruption in the sector at the grassroot level,” he added.

How workplaces evolve when they become inclusive

Meenu recalled how Mphasis changed after Ashwin Karthik, now widely celebrated as India’s first successful engineer with cerebral palsy, joined the company. “Ashwin’s joining changed our workplace. He was a fresher. Though he did not come from the campus, but he had to go through three months of post-placement training at our academy in Bangalore. The academy was an old cashew factory. He was the first wheelchair user who joined as a fresher in Bangalore. He needed support for mobility, and so we made the changes. Thanks to Ashwin, we made the ramps and built toilets. We made the whole place accessible.”

Madhumita added, “When you make a place accessible, it doesn’t just benefit a person with disability. It benefits everyone. So that itself becomes an enough reason to become accessible.

Additionally, when you open your workplace to many different types of people, it opens many mental barriers among people.” She also explained how companies that follow the best practices in diversity, in many other ways, build their goodwill and brand.

The panel also discussed the government’s Accessible India Campaign and the RPWD Act. Acknowledging that the dialogue around the needs of the specially-abled has increased over the past years, they called for greater citizen participation in making workplaces, and society at large, to become more inclusive.