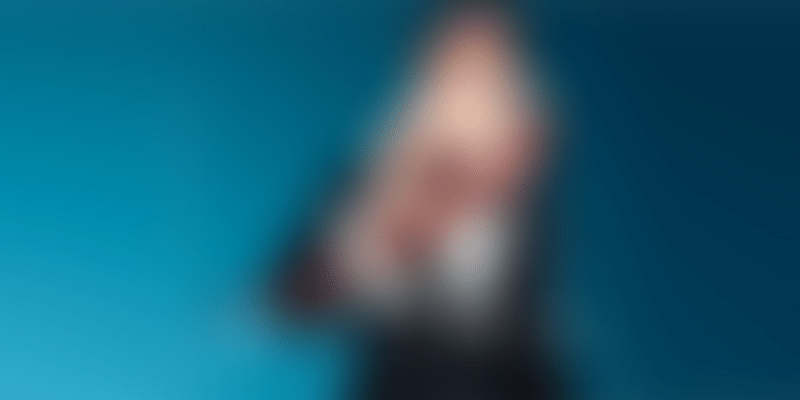 With the rise of data and automation, intelligent tools can help discover opportunities, improve conversions, and increase sales at an unprecedented rate.

The 90s were a fascinating time for Indian cricket. Their lasting memory for any fan was the “Sachin, Sachin” chant that rang out loud in stadiums across India when the master batsman walked on to the pitch. As it so happened, about 67 percent of those times, the crowd was shocked into silence when he got out early to Chaminda Vaas or Allan Donald. Cuss words would fly. Televisions would be turned off. And kids stayed the hell away from surly uncles. For it signaled the match was in peril.

The Indian cricket team of the 90s was many things, but reliable wasn’t one of them. More times than one would like to recollect, the rest of the team were worse off than Geoffrey Boycott’s “Auntie Annie when she’d had too much sherry to drink”. The Indian cricket team of the 90s won about 47 percent of its matches, although it had the most valuable player in the world at that time. Cut to the present, that percentage has increased by over 10 points.

What really changed in that time?

While the cricket nerd might attribute a wide assortment of factors, ranging from politics to global warming and everything in between, it’s important to note that the single biggest change has been the rise of the middle and lower order. Starting with players like Mohammed Kaif and Yuvraj Singh to the likes of MS Dhoni, Ravindra Jadeja and R Ashwin, the middle/lower order has undoubtedly turned the tide for Team India.

Sport offers innumerable maxims to the corporate world; could there be a lesson in this, too?

Sales organisations, across domains, consider it prudent to incentivise their top performers to extend themselves. The much abused Pareto Principle or the 80:20 rule is often cited as reasonable rationale to disproportionately support and incentivise upper quartiles (top 1-50 percent of the sales force) to do more. This is prioritised over raising the productivity of the bottom quartiles, with relatively more scope for improvement and success. But, does this supposed convention hold water? Well, we ran the numbers, and it turns out, it doesn’t.

We graphed a model basis sales performance data for some of our clients, which shows the business impact of such a method. For quartiling, we considered % quota achievement as the KRA and assumed cost of a top quartile rep to be 100 percent Model - Q1 reps get a 30 percent annual hike versus Q4 (bottom quartile) who get only 5 percent. Attrition as a result of this incentive structure is pretty high outside top quartile reps. We have assumed number of reps throughout this timeframe remains the same as new “average” reps are hired under pressure to ensure stable headcount.

As the years go by, the incremental cost to the company increases significantly, crossing incremental sales impact. By Year 3, we start seeing that this model actually leads to a downtrend in profitability. It isn’t the Pareto Principle that is at play here, but the law of diminishing marginal returns. The same is borne out anecdotally, too. Often, top reps are already running at near-maximum capacity and only a few acquire the necessary skills to graduate to the next level. A common sentiment was that the incentives were deemed “unattainable”, and that the additional effort required to increase their sales was just not worth it.

Coaching the bottom half

An alternative method, is to focus on improving productivity of below average reps. A 10 percent year-on-year average improvement in productivity and about 10 percent churn reduction has been considered. Unlike the first model, we see sales momentum picking up and overtaking costs to result in higher profits. Here’s a better view to compare profits across both methods.

By end of year 5, Model 2 may even be 30 percent more effective for bottom line vs. Model 1. While it may be impossible to upskill every sales rep in an organisation, identifying those with potential to do better, and investing in their improvement should pay rich dividends.

When it comes to large sales teams, individual excellence demonstrated by the top 10-25 percent reps is overrated. A disciplined focus towards improving productivity across the spectrum of reps has a much more significant impact.

It is often the case that sales leaders in most sectors are the ones who have implemented the best processes versus those who hired a few rock stars.

HBR, in an article titled The New Science of Sales Force Productivity, confirms the same: “Companies that use a scientific approach to sales force effectiveness have found that reps in the lower quartiles show dramatic improvement, with productivity jumps of 200 percent.”

It is no surprise then, that we see a dramatic rise in innovation focused at sales force productivity in recent years. With the rise of data and automation, intelligent tools can help discover opportunities, improve conversions, and increase sales at a rate never experienced before.

Indian public sector banks have had a rough run in recent years. First, with the rapidly rising NPA problem and now, with the increased competition from the NBFCs in the microfinance industry, the banks are continuously losing ground. Research undertaken by SNGC, Coimbatore, concludes that the public-sector banks have a meagre net profit per branch with a very high number of employees proportionally. Data released by RBI shows that the banks increased their employee base by almost 1.3 percent per year in the last three years. In the same period, the growth in assets under management has come down from 7.6 percent to 2.8 percent.

The PSBs are yet to escape the trappings of their corporate heavy approach in lending. Their sales operations are a mess. Today, when data-driven informed decisions and processes have become industry norms in advanced markets, Indian PSBs are still doing most of their business using the traditional “hit or miss” methods.

The banks have simply failed to understand that the problem lies in the productivity of their workforce rather than in numbers.

Businesses are looking beyond metros and Tier-1/2 cities to meet rising aspirations of the new India. The increase in small ticket lending is symptomatic of the same. PSBs lack the sales and product innovation required to service this new target segment. It requires an ability to go beyond conventional processes to aggregate, recognise, and act upon data. Much of this is de rigueur among corporate houses who are increasingly conscious of the stress on their efficiency metrics. The recent case of India’s largest private bank (by market capitalisation) is a shining example.

Adoption of automation and utilisation of readily available unconventional credit data to target customers has increased the operational range of NBFCs. With that, NBFCs are selling products and services expressly tailored for the B2B and B2C segments. Their loan terms are flexible and the turnaround time is way lesser than that of the banks. By investing more time and money in increasing their existing sales reps’ productivity instead of hiring more people, providing training and tools (digitisation), NBFCs have managed to reduce the performance gap between their rainmakers and average sales guys.

And in that world, the model of hiring more is only going to encumber the already stretched resources of Indian Public Sector Banks. Implementing sales technologies that can monitor performance and increase revenue per employee is the key to the long-term success of the public-sector model of banking in India.