8 men who have raised their voices for women’s rights 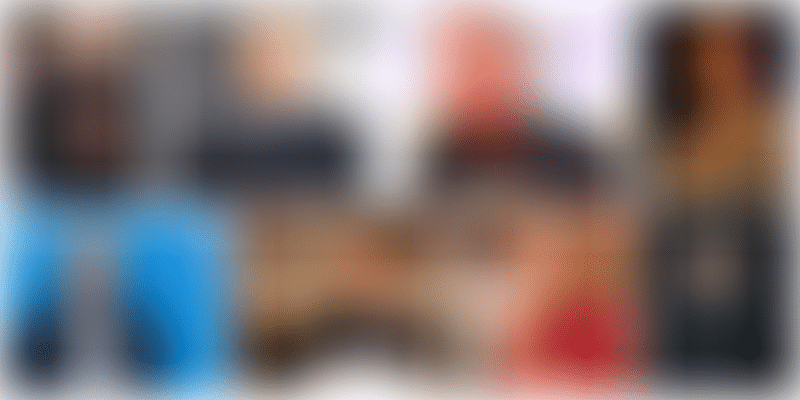 In the first of this two-part series, we profile men who are well-known, successful, and passionate advocates for women’s empowerment.

Agent 007 raised his voice for women all over the world without saying a single word when he agreed to wear women’s clothing for a short film about sexual inequality. The two-minute video discusses disparity in pay and opportunities between men and women and raised the question, ‘Are we truly equal?’ A bold move for sure, but then do we expect anything else from our favourite Bond?

Director Joseph Gordon is known for his brilliant acting roles (Inception, anyone?), sensational screenwriting abilities and of course, for being a self-proclaimed feminist! While discussing Don Jon — a film he directed about a man with a skewed perception of women — he spoke about his opinion on gender stereotypes, “I do call myself a feminist. Absolutely! It’s worth paying attention to the roles that are sort of dictated to us and that we don’t have to fit into those roles. We can be anybody we wanna be!" Well, we couldn’t have said it better ourselves!

This Vampire Diaries actor has won hearts all over the world but it’s his unwavering interest in social issues that truly puts him on the map! Somerhalder is a passionate activist endorsing a number of causes including the fight against animal cruelty and abuse against women. The gorgeous 35-year-old took part in the UK Women’s Aid national ‘Real Man’ campaign, ‘because it’s so easy to forget the many women who live their lives in fear because of domestic violence. Men have an important role to play in sending out the message that real men do not hurt or abuse their partners’. Stunning good looks and a personality like that? This is as close to perfection as it gets, ladies!

He’s a director, television and film producer and a comic book author, best known for creating strong, independent female leads (who doesn’t remember Buffy The Vampire Slayer?). It’s obvious why Joss Whedon would join the ranks of powerful men taking a stand! The award-winning director is a staunch supporter of women’s rights and as he puts it: “Equality is not a concept. It’s not something we should be striving for. It’s a necessity. Equality is like gravity. We need it to stand on this earth as men and women.” Just one more reason why we can’t get enough of the brilliant director!

Proving that anyone and everyone can step up for the cause, The Dalai Lama definitely turned heads with his broad-minded comments and opinions — even going as far as to say that he would be pleased if his successor as Dalai Lama would be a woman! An icon and inspiration for many, The Dalai Lama made us all proud when he went on to say: “I call myself a feminist. Isn’t that what you call someone who fights for women’s rights?” We couldn’t agree more!

Widely known for his role of Professor Charles Xavier in the blockbuster X-Men film series, Patrick Stewart combines his magnetic personality and brilliant on stage presence to draw attention to women’s rights and equality. Coming from a troubled household himself, Stewart is a supporter of the national domestic violence charity, ‘Refuge’, which operates a 24-hour emergency helpline and provides shelter, protection and legal help for women and child victims of domestic violence. Moreover, he continues to lend his support and speaks out publicly against domestic abuse, on behalf of Amnesty International’s Stop Violence Against Women campaign. This is one actor who proves that age is no barrier when it comes to standing up for a cause!

Legendary stand-up comedian Bill Bailey is all about proving his support for women through his active participation in the Fawcett Society – a UK organisation that campaigns for women’s rights. As part of the campaign, Bailey was photographed wearing a shirt stating ‘This is what a feminist looks like’ — a picture that later went viral and became a symbol for men spearheading the women’s movement. Let’s hear it for the feminist!

His books bring to life fiery, strong women and brave female warriors! There’s absolutely no need to explain why the author of the best-selling fantasy series A Song of Fire and Ice is famous for his passionate and outspoken beliefs on gender equality! “To me being a feminist is about treating men and women the same,” he was quoted saying, “I regard men and women as all human — yes there are differences, but many of those differences are created by the culture that we live in, whether it’s the medieval culture of Westeros, or 21st century western culture.” Honesty, passion and a little mention of the epic fantasy world? How can anyone resist a quote like that?