Blockchain and beyond: innovation insights for startups, from WestTechFest 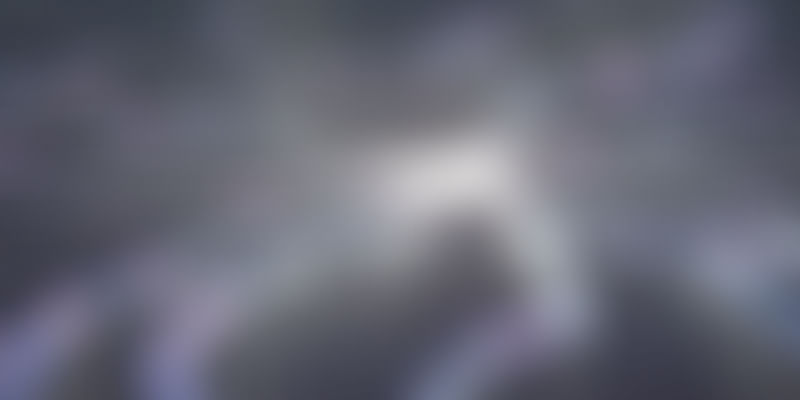 Speakers and startups from Asia, Australia and the US gathered in Perth for the recent WestTechFest conference and exhibition. Blockchain was a key theme, along with other digital trends.

What is the hope and hype underlying blockchain? What are the emerging challenges and opportunities for startups? How can regulation help and not hinder new innovations? Experts, investors, founders and government officials shared experiences and insights at Perth’s favourite annual conference on startups, WestTechFest.

Topics addressed ranged from cryptocurrency and AI to human rights and the environment. Case studies, trends and tips provided lots of food for thought; here are some of my key takeaways from this insightful event.

Blockchain is the latest chapter in the journey of money and finance. “Money is the greatest story ever told,” said Michael Casey, Senior Advisor, MIT Media Lab Digital Currency Initiative, and Chairman of CoinDesk.

Money is a tool, device, information asset and record, which has evolved from seashells, gold, paper and digital forms. The internet solved the problem of distance and time for agreements, while blockchain can transform the issue of trust, said Michael. He has a forthcoming book this year, titled The Truth Machine: The Blockchain and the Future of Everything (see my reviews of other books on tech transformation and entrepreneurship here).

In the centralised model of trust, the banks were the keepers of ledgers. But the problems of such centralised models and the barriers between these ledgers were all too apparent during the financial crisis of 2007-2008. The lack of visibility across the whole system has spawned interest in alternatives like blockchain, explained Michael.

Blockchain can help tackle problems like failures in record-keeping, “double-spending” of money, and multiplicity in voting patterns. “Blockchain helps create programmable money,” said Michael, joking that it can help parents ensure that money given as college allowance will be spent on books and not on booze. Programming can ensure that housing loans to the needy go only to housing needs and not to the black market.

Bitcoin as a non-replicable digital asset is the first use case of blockchain. However, blockchain is not just about money but currency and contracts. Public ledgers and tokens will transform a range of sectors from advertising to government, and this can accelerate the economy, said Michael.

There are even examples like FileCoin, which tokenises the “hard disk commons.” Connected users can share empty hard disk space and get rewarded for this.

“This is the golden age of open protocols,” said Michael, as incentives will emerge for developers to create network effects. Other use cases arise in ClimateCoin, a carbon zero cryptocurrency to fight against climate change.

“Ultimately, blockchain is all about consensus and agreement on what facts are,” said Michael. As with many emerging technologies and frameworks, there will be lots of noise, hype, volatility, bubble effects and even scams, he cautioned.

“Speculation is built into scarcity,” observed Erick Miller, Founder of CoinCircle and Hyperseed Ventures. This will lead to frenzied bidding activity and “fear of missing out” (FOMO). However, bubbles have existed before and have not destroyed the tech industry.

“Programmable money is the future of money. Decentralisation won the war even before it started. We are seeing many moves on this front in the global chessboard,” he said.

In addition to currency players, the crypto wave is opening up opportunities for other players as well, in computing and energy. A good example is BitFury, founded by Bill Tai of Charles River Ventures.

“Machines made oil valuable in the industrial era, creating petro-dollars. Data is the new oil, and software constitutes the gears of the new era. Electricity drives this value,” said Bill.

Challenges arise in reducing the carbon footprint of blockchain computing. But here, too, tokens could be given as rewards for reducing emissions. “Currency is value as defined and ascribed by the community,” he added, and power laws will shape how this value is created.

IoT infrastructure players are also looking to blockchain micro-payments to see if value can be captured and monetised across networks of sensors and actuators.

Creation of alternative currencies, ledger systems, and private money may be seen as disruptive to banks and governments. “Blockchain is to banks what TCP/IP is to telcos,” said Bill, drawing on the early years of the Internet’s disruptive rise and dawn of the real-time global digital economy.

But there are also compelling use case scenarios in sectors like music. “Payments can go to the whole ecosystem in the music value chain in a fair manner,” said Bill. He cited artist Imogen Heap’s Mycelia initiative and her article ‘Blockchain Could Help Musicians Make Money Again.’ Imogen has released an album via blockchain.

In the B2B sector, distributed ledgers are already being used by banks connecting their branches, and between financial services firms and their partners. See YourStory’s coverage of BankChain in India, BitIndia wallet, industry impacts, cryptocurrency startup profiles, and the Blockchain Academy. The Maharashtra state government has released a report on blockchain as the ‘internet of trust’ and ‘internet of values.’

Blockchain for social and humanitarian causes

Blockchain is not just about transactions but also property, welfare and citizen identification. It can unlock a number of intangible assets and open up value chains in emerging economies, said Bill Tai, drawing on the work of economist Hernando De Soto (author of The Mystery of Capital: Why Capitalism Triumphs in the West and Fails Everywhere Else).

Blockchain can help develop digital solutions for citizen identity, which can in turn help track and prevent illegal trafficking of children, said Mariana Dahan from Moldova, founder of the World Identity Network.

“There are two billion people in the world who lack identification,” said Mariana. There also 18 million refugees in the world. Government and civil society need to work together to promote digital innovations for humanitarian purposes. In this regard, the United Nations has launched the Blockchain for Humanity – Global Challenge (see also the BlockChain Summit).

Smart regulation will be needed in the blockchain era, advised MIT’s Michael Casey. “We need to preserve opportunity but also restore sanity,” he said. There need to be clear roles and responsibilities for token ratings, software audits and third party auditors.

An informed media and open-minded citizenry are also important, along with project-based support from government. “Regulators will be needed when there is fraud, we don’t need crypto-anarchy,” cautioned Erick Miller.

An interesting blockchain startup to watch in Australia is PowerLedger, a Perth-based energy trading platform for the peer-to-peer solar power community. The government has funded a broader initiative involving PowerLedger along with Curtin University, Murdoch University, and CSIRO. PowerLedger reportedly raised $34 million via an initial coin offering (ICO) in 2017.

“Fifteen thousand people purchased power tokens,” said Jemma Green, Chair and Co-Founder of Power Ledger. She is also an independent councillor for the city of Perth.

Switzerland and Japan are seen as accommodating to Blockchain, whereas London is “sandboxing” it, according to the speakers.

ICTs seem to be reintroducing community network phenomena from the pre-industrial era, but with more interactivity and global scale. Some digital developments may seem too early, and need more network effects or market maturity to take off – Second Life and Linden Dollars being a good example.

“The next version of the internet will be Web 3.0. It will be run by new distributed protocols and interlinked blockchains that will be owned by the people,” predicts Erick Miller. A number of digital trends will converge and even collide. “We are at one of those rare moments when an entire paradigm is shifting,” he said.

Asia has become a major part of global hardware and software flows. The global economy has advanced from goods and devices to platforms. Technology adoption curves worldwide are becoming shorter and shorter, said Hertz.

At the same time, concerns are arising over the proverbial dark side of tech change: challenges to privacy and security, disinformation and fake news, new types of divides and disenfranchisement, and even the rise of distractions for children.

The conference speakers also offered a range of tips for aspiring entrepreneurs, from ideation to investment stages.

In sum, technologies like blockchain are opening up new areas of innovation along with disruption. Key success factors will be better education that demystifies these technologies, self-regulation, and understanding of behavioural economics.

“Open your minds to what is possible,” signed off Rohan McDougall, Director, Commercialisation at Curtin University.