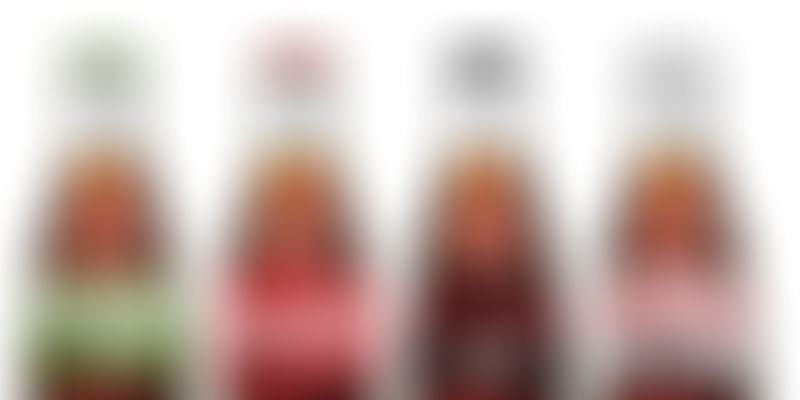 When Coca-Cola India decided to launch a line extension of Thums Up in India last month, it was hardly surprising. Line extensions are a great way to extend the franchise of a brand, and Coca-Cola as a marketer knows this strategy too well.

Traditionally, Coca-Cola overseas has been quick to launch several healthy variants of the classic brand, knowing well that the category is under increasing pressure over the years as an unhealthy drink.

And if you think, Coca-Cola has been inventive with variants thus far, wait till you try Coke Plus - the only Coke with a government-approved laxative that sells in Japan. The government has even awarded it a gold label for the health effects of its ingredients. Ostensibly, in a country that eats meats and grilled fish for breakfast, Coke Plus might provide a distinct advantage. Coke has even managed to get a Foshu (foods for specified health uses) label for Plus giving the product a stamp of credibility.

For the marketing intellectual, the introduction of Thums Up Charged might hold for an interesting debate. Variants, according to textbook marketers, can endow the mother brand with rewards ranging from increased market share to a longer life. But how does that augur for a category like colas, which is increasingly being seen as unhealthy? And Thums up Charged might well be dubbed an even unhealthier variant, given the extra levels of caffeine and heightened aeration. There is even a statutory warning for children and pregnant and lactating mothers.

So how will an unhealthier variant in an already unhealthy category perform?

Of course, to its credit, Thums Up remains the market leader in the Indian market which has the world’s leading colas. Another point to debate might well be how the two variants will be differentiated in the advertising. Will it be differentiated enough for the consumer to know which variant is being advertised, or will the consumer just see it as another Thums Up ad? This often is the acid test for variant advertising.

When Thums Up made the change from Salman Khan to Ranveer Singh, it made a conscious effort to evolve the 'masculinity' factor that Thums Up was endowed with already through its history. The launch of Ranveer Singh with the Main Hoon Toofani theme had Ranveer in a feat where he helped school children out of a bus that was about to fall into a gorge. Earlier commercials had shown Salman go to any lengths to get his bottle of Thums Up and in the process overcome several hurdles. In comparison, the new Ranveer film had a purpose.

Irrespective of how successful the new variant is, Thums Up which was acquired by Coca-Cola in 1993, continues to be the leading brand of cola in the market, leadership being something that has eluded the likes of global leaders like both Coke and Pepsi in India.