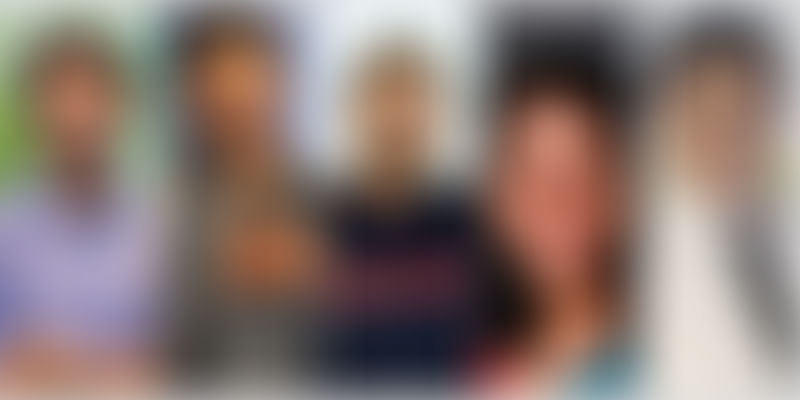 After a fiscal year with two big initiatives, demonetisation and GST, founders and CEOs tell us what the Union Budget should involve to foster innovation, help set up a business, and scale.

As we inch closer to the announcement of the Union Budget by Finance Minister Arun Jaitley, startups are keeping their fingers crossed. They have great expectations - many suspect this year will bring a populist budget; others are wondering what’s in store considering that it’s the first budget after the implementation of GST.

Apart from a push towards digitisation and technology innovation, startups are - this time around - also seeking the abolition of the Angel Tax, relief and tax benefits, and changes in GST slabs.

We spoke to some startup founders to find out what their expectations from this year’s budget are.

Ritesh Agarwal, Founder, Oyo, says: "We expect a forward-looking Budget that comes good on reducing corporate tax rates to 25 percent and effects administrative and tax reforms suggested by the Easwar Committee. This will go a long way in enhancing ease of doing business in the country.”

He adds that GST was the biggest and most important tax reform in 2017; it’s good for the country, but the challenges in implementation need to be streamlined. Although the government has released clarification for application of taxes on the declared tariff, Ritesh says they expect the concept of the declared tariff to be replaced with actual tariff as consideration for GST on hotel accommodation - as is the case with other industries.

“The government has executed strong fiscal discipline in the last few years while enabling more startups and jobs through Skill India. We are hopeful that this momentum continues and there's ample availability of skilled talent in the country, not only for us but every company that has both online and offline presence,” Ritesh says.

As a company, OYO also works in close proximity to the real estate industry. Therefore, Ritesh is also seeking the facilitation of micro and small enterprise loans under the Mudra and CGTMSE Schemes (Credit Guarantee Fund Trust for Micro and Small Enterprises) through easier availability and larger outlays. This could benefit the industry as well as customers.

Sandeep Ladda, PwC India Partner, Global TMT Tax Leader and Technology Sector Leader, believes that weighted deduction under section 35 (2AB) for R&D activities should be extended to companies engaged in the development and sale of software or providing IT services.

He believes that since e-way bill rules are expected to come into force soon, a simplified and smooth framework should be implemented; this will go towards “enhancing the ease of doing business index”.

“Adjustments to past years income emanating from APAs should be recognised as income of those years itself, else it is resulting in higher tax liability on account of MAT,” Sandeep says. He also adds that the availability of credit of equalisation levy to overseas online ad companies has increased cost of doing business in India. A clarification should be issued that this levy is indeed on income allowing access to the treaty for claiming credit.

Hari Menon, CEO and Co-founder Bigbasket, says they are happy with the way GST has been implemented and how players like them have gained. Hari says it has brought in relief from cascading taxes, a key issue faced by the ecommerce segment; ensured seamless movement of goods across the country; and brought in efficiency and transparency in the manufacturing sector.

“The implementation of GST has helped us in effectively selling unique products of one state at the same price across the nation. For most products, prices have come down. If the rates are lowered further, it would be great. The customers will benefit more. But beyond GST, I am not expecting any major reforms in this year’s budget on the business side."

He, however, believes that the budget should focus on skill development, job creation, and infrastructure.

Hari says, “Though there has been a lot of work going on in these sectors, a further fillip in the upcoming budget would be a positive step.”

Push towards digitisation in healthcare, reduction of taxes in the insurance segment

Shashank ND, Co-founder and CEO, Practo, hopes healthcare will be one of the primary focus areas in the Union Budget. He adds that while the government has been working and talking about infrastructure growth and development, there needs to be a push towards digital innovation and digital healthcare.

One of entrepreneurs’ biggest expectations in this budget is clarity around GST, along with better tax slabs and brackets.

Shashank says: “Health Insurance still falls under the 18 percent GST bracket. For the Indian healthcare ecosystem to truly evolve and grow, it would be great if there is not just tax relief but benefits as well. Currently, health insurance in India is not as evolved as it is in the other parts of the world. For the healthcare ecosystem in India to truly be world class, insurances need to be robust. For that, tax benefits will be helpful.”

“The Finance Minister should consider reducing GST rates on the purchase of pure-risk based insurance products. That itself will make premiums for products like health insurance more affordable.”

While the government has always taken steps towards promoting crop insurance, Premanshu adds that insurance products for business tools and equipment (especially those employing renewable energy) should be promoted.

He says there is a need to build a framework of subsidies where insurers are encouraged to reach rural areas. Providing incentives to technology-led digital channels either in the form of better remuneration or tax holidays, incentives to drive micro-insurance and making insurance a mandatory element of individual tax planning are some of the ideas that should work.

Softer, incremental changes should be replaced by disruptive focus on building insurance in the country.

Dharmil Sheth, the Founder of PharmEasy, says, “We are seeking better processes from the government in terms of the massive GST rollout that was done last year. Small vendors and businesses are struggling to understand the process even after 6 months of rollout.

He adds that healthcare as a category should have better funds infused by the government. Dharmil stresses on the need for a health wallet so people can avail subsidies directly for healthcare services like medicine purchase, doctor consults, or hospitalisation. This will be something like Obama care or “healthcare for all”, and will improve access and availability of services in this space.

PharmEasy Co-founder Dhaval Shah says the big ticket change over the last year has been GST. It has changed everyone’s lives, including early stage and mature startups.

“What we expect this year are better implementation guidelines - from ease of implementation to simplification of the regime. As startups we would love to concentrate on the business rather than being compliant. If taxation breaks are given to early stage startups for a few years after establishment it will fuel the growth of the ecosystem further.”

Sampad Swain, CEO and Co-founder of Instamojo, agrees. “Boost entrepreneurship at grassroots level by exempting online micro businesses from GST; that is 90 percent of all Indian MSMEs. Today, anyone doing less Rs 20 lakh gets GST exemption, however micro businesses like sole proprietors doing an online business aren’t. They should be given impetus as this creates millions of direct and indirect jobs.”

“On GST, while Tax Collected at Source (TCS) has been suspended till March 2018 for ecommerce companies, it can prove to be extremely challenging to not only register in several states, but also comply with various onerous obligations in each state for ecommerce companies. This provision should be deleted altogether,” Sandeep adds.

Sampad adds that the growth in the fintech space is a sign of growing acceptance towards digital payments in the country. He, however, says a huge gap is yet to be filled and is only possible with government intervention.

“By setting up a dedicated fund to hasten the creation of digital payment infrastructure, I believe the industry will see a huge shift in terms of market penetration. The Watal committee, which has proposed the same, is aiming to grow digital payments from the current 5 percent to 25 percent of consumption expenditure and cut Cash-to-GDP Ratio from 12 percent at present to 6 percent in three years.”

Sampad says this kind of a vision will allow fast-paced and rooted growth in the digital payments space, as the required infrastructure growth will also be fast-paced. The roadblock so far has been in penetrating rural areas where there is lack of digital penetration. He hopes that these roadblocks can be set aside with such measures.

Push towards Make in India

Bhawna Agarwal, CEO at Gadgets 360, says: “The Union Budget 2018-19 is expected to encourage new entrepreneurs and startups as last year there was a clearly visible focus on ‘Make In India’ and on startups. Recent modification on FDI inflows might help in generating more employment opportunities and may give way to a lot of innovative ideas. This Union Budget may focus more on digitisation of most financial transactions.”