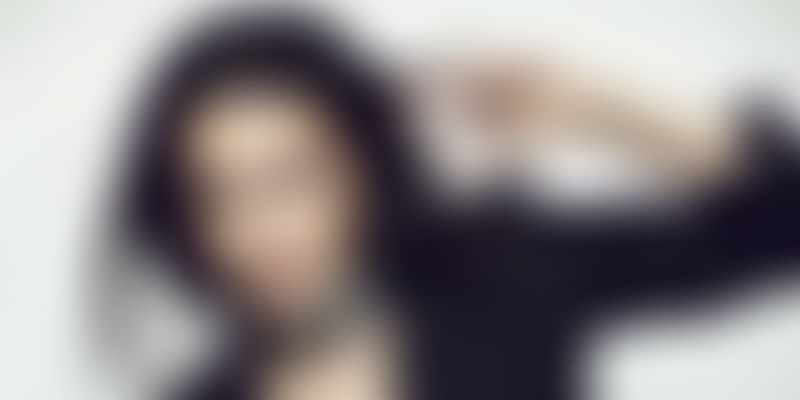 An actor, model and now producer, Neha Dhupia speaks about how she went from an army brat interested in athletics to an actor donning multiple hats.

“When I landed in Mumbai, I had two suitcases with me, but no keys. In true fauji style, my father asked me to break open those suitcases,” reminisces Neha Dhupia, in a telephonic conversation with YourStory.

The girl who landed in Maximum City with those two pieces of luggage has now completed over 15 years in the modelling and film world.

Neha was recently seen in supporting roles in the movies Qarib Qarib Single and Tumhari Sulu. She has a podcast show, No Filter Neha, is working on her yet-to-be launched charity, and also has her own production house, Big Girl Productions.

However, Neha never aimed for a career in modelling or films. She wanted to be an athlete and still refers to it as her “undying wish”.

“The hustle is real. You need to hustle every day of your life. You aren't half the person you can be if you aren’t doing five things. Maybe I am pushing it, but you can’t be doing one thing. It is only when you push yourself that you achieve great success,” Neha says.

A complete army child, Neha spent most of her childhood across different parts of the country, including in Kerala, Vizag, Delhi, and Mumbai. It so happened that in every city she would pick up a different sport. In Vizag, she picked up table tennis; in Delhi, she learned basketball and swimming; the list continued.

“I had the hand-eye coordination, will, and discipline to be an athlete, but I would keep moving around places, making it difficult to stick to one thing. I always wanted to wear the name of my country, didn't realise it would happen through modelling,” Neha says.

Modelling happened by chance when her uncle gave her a Miss India Pageant news clipping.

“When I went there, I saw a different world. Girls were dieting and I was busy eating two club sandwiches. I don't think I even knew how to wear makeup. I never thought I would be a beauty queen,” Neha says.

Neha was in Mumbai in December 2001, she was in the city alone from Delhi for the first time. It has now been 16 years now, and there is no looking back.

“I still am coming to terms with different little mannerisms of a civilian life,” she jokes.

In these 16 years, Neha says, she has been able to do many different things and discover who the real Neha is and what she wants. Since she never grew up around money, but had a good life, thanks to her army background, she continues to strive for that instead of working for money.

“Coming from a non-filmy background, I did not have a godfather, friends or any connections in the industry. I made a lot of mistakes; I wanted to work every day and consequently took a lot of wrong decisions. Today, I don't have many movie projects and I am fine with that. Every morning I wake up keen to pick up new and different things to do.”

The challenge is how do you stand out? When Neha started out there weren’t as many options as they are there today so it’s important to prove yourself every time.

“Opinions in showbiz are formed quickly. It there is important to be aware of all the steps you take,” Neha says.

She adds that every time she wanted to do something or try something different, be it in films or in production, she got the opportunity to do so and exploited it.

“The biggest blessing and challenge for me today is the fact that I am underrated. It works well because people don't expect much so whenever you do something good people are happy. The challenge is that it is hard to get the kind of jobs you want.”

While there definitely are camps and other groups, she says Bollywood isn't a sleazy and slimy business. Good filmmakers are respectful and value talent.

But Neha is now at a different leg of her journey. She says things change once you become a producer. “It is a different ball game. There aren't any off days, you can’t take your eyes off things.”

But if you keep your eye on the prize and work hard, nothing can stop you, Neha ends.