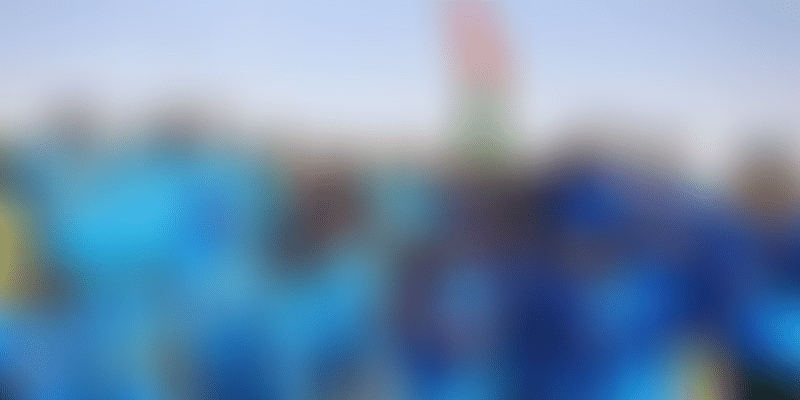 Defending champions India beat Pakistan by two wickets in the final of the 5th ODI Blind Cricket World Cup at the Sharjah Stadium on Saturday.

Pakistan put up 307 for 8 in 40 overs. Badar Muni scored 57 in 61 balls. Risayat Khan's 48 in 38 balls and skipper Nisar Ali's quick 47 were the highlights of Pakistan innings. Deepak Malik and Rambir took two wickets each and Sunil Ramesh took one.

During the chase, Sunil Ramesh's scintillating 93 runs in 67 balls and skipper Ajay Reddy's 62 in 60 balls guided India to win, with an over to spare. Prakash and Venkatesh opened in grand style and gave India a flying start. They managed the scoring rate at 10 per over. Venkatesh scored 35 in 32 balls, while Prakash scored 44 in 42 balls.

Pakistan made it to the final after defeating Sri Lanka by 156 runs while India beat Bangladesh by seven wickets to book their place in the final. The Indian team had remained unbeaten throughout this tournament and were considered the favourites to retain their title.

Wishes poured have poured in for the team and the team captain, Ajay Reddy. Prime Minister Modi too tweeted about the same,

Congratulations to our cricket team for winning the 2018 Blind Cricket World Cup! They make the nation proud and inspire every Indian with their game as well as phenomenal attitude. True champions!

Winning any global tournament back-to-back is never easy. This very fact needs to be looked upon in a very positive mind frame. We hope that the BCCI would consider initiating steps to promote or encourage such talented cricketers in whatever way that may be practically possible for it.