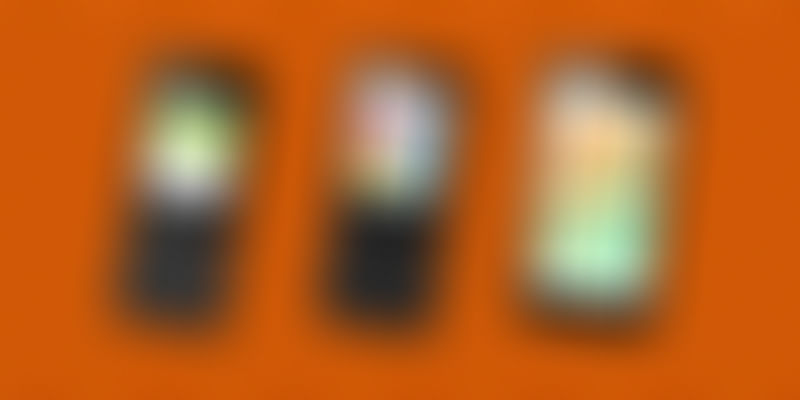 Feature phones might be a dying breed globally, but they continue to thrive in India — the fastest-growing mobile telephony market in the world. Analysts estimate that there are over 400 million feature phone users in India, and the smartphone revolution has eluded them. They either don’t need smartphones or cannot afford/access them.

But, something changed last August with the rollout of Reliance Industries’ JioPhone — a unique in-between kind of a device that looks like a feature phone, is priced like a feature phone, but is smart enough to offer 4G mobile data. Scores of new users took to it, and the JioPhone recorded six million pre-orders.

While the exact number of JioPhone shipments are not known, it contributed majorly to the feature phones segment that witnessed a huge 55 percent growth in the December quarter of 2017. In contrast, smartphones grew only 12 percent, and overall mobile shipments were up 37 percent, according to Counterpoint Research.

“This surprising annual growth can be attributed to higher demand for smartphones and more so for feature phones. Feature phones have been driven by the disruptive entry of JioPhone, which expanded the feature phone segment,” according to the report.

In three months, JioPhone has become the market leader in feature phones with a 26 percent share. It surpassed Samsung (the erstwhile leader) which captured 15 percent of the market, while Micromax, Itel and Nokia followed with nine percent, seven percent and six percent shares respectively.

Tarun Pathak, Associate Director (Mobile Devices & Ecosystems), Counterpoint Research states, “Reliance Jio captured a 26 percent share of the feature phone segment in just one quarter with its compelling value proposition compared to the normal 2G feature phones. We expect the 4G feature phone segment will be a 200-million-unit opportunity by volume, over the next five years as the hundreds of millions of current feature phone users in India are likely to upgrade to VoLTE handsets.”

JioPhone and the low-cost phone revolution

Feature phones as a category had seen the least amount of innovation in the last ten years. JioPhone made a disruptive entry into the space and managed to crack open the market for other domestic manufacturers like Micromax, Lava, Karbonn, Intex — all of which were facing near obliteration from the lower end of the smartphone market, now dominated by China’s Xiaomi.

Domestic phone manufacturers were roped in by Jio’s rival telcos to launch a slew of basic, pocket-friendly, 4G data-enabled devices. Airtel partnered with Karbonn, Lava, Intex and Celkon, Vodafone-Idea roped in Micromax, and state-owned BSNL tied up with Lava and Micromax. A new “India’s cheapest smartphone” arrived every other day. The sub-3,000 segment of market went through a major overhaul.

The World Bank estimates that 67 percent of India’s 1.34 billion people reside in rural areas. According to industry trackers, 400 million to 500 million of them are on feature phones, and upgrade from one feature phone to another.

JioPhone managed to induct millions of such users into the mobile internet ecosystem by reimagining the traditional feature phone. As the numbers suggest, India has fallen for ‘feature-rich’ feature phones!