In the Land of High Passes, winter farming technologies are helping boost incomes 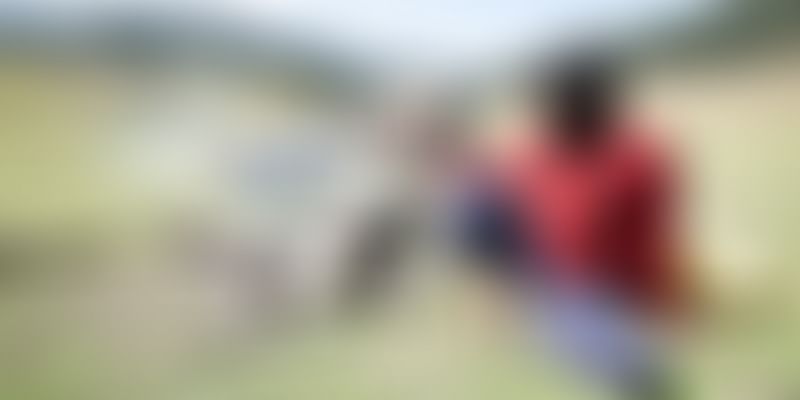 With the farming season limited to just four months in Ladakh, villagers have turned to innovative, low-cost technologies to grow vegetables in winter. However, small farmers need post-harvest support.

The greater part of India’s cold arid area, 90 percent to be precise, is in the Ladakh region of Jammu & Kashmir. Spread over 80,000 sq. km, this cold desert is shut for almost eight months in a year. About 89 percent people here live in rural areas. The villages are remote, unconnected, and inaccessible.

Agriculture in this region is different from that in other rural areas in India, since farming can be done only for four months. Further, the soil suffers from moisture stress. There are socio-economic constraints as well — small land holdings, low productivity, labour shortage, poor post-harvest management, and marketing of produce.

In winter, Ladakh imports vegetables worth lakhs from other parts of the country. People do not get access to green vegetables in winter, and as a result, they suffer from nutritional issues.

Farmers here construct vegetable cellars, and store potatoes and onions underground. They take them out for consumption in winter. Some people pickle vegetables like carrot to eat in winter. But most of the local people consume meat, pulses, and dairy products in winter.

If farmers could grow vegetables in winter, they could consume nutritious food and also supply vegetables to defense personnel stationed in the region.

“The technology should not need much labour as population is sparse and labour costs are high,” Anup Raj, scientist at Sher-e-Kashmir University for Agricultural Science and Technology (SKUAST), told VillageSquare.in.

Since the Tibetan region has similar climatic conditions, and farmers there have adapted to greenhouses, the agriculture department brought in the same concept to Ladakh.

Tsering Angchok, a farmer from Saboo village, set up a greenhouse about eight years ago. Earlier, he used to cover the crops with plastic sheets or even blankets and logs.

With the state government’s support, he received 50 percent subsidy to set up a greenhouse. “I spent Rs 1.5 lakh, and got a subsidy of Rs 80,000 from the government. I produce more vegetables, and so can sell more,” Angchok told VillageSquare.in.

Since cost of greenhouses is high and not all farmers can afford them, there are alternatives like low tunnel technology to grow vegetables. Farmers need to spend only Rs 2,000 for this. This technology is not only low-cost, but also portable. The farmers can shift the tunnel anywhere. Krishi Vigyan Kendra (KVK) has been actively promoting this technology among villagers.

Trench farms, known as the poor man’s greenhouse, are also used to grow herbs and vegetables in high mountain areas like Changthang.

Using plastics, pipes and greenhouse glazing material, mulching was done here to grow watermelon and muskmelon. The research team from SKUAST tested this out.

Raj said, “This is harvested in September. The sugar content in these melons is high. The total soluble sugar in melons here is 17-18 percent. After about three years of trial, farmers are now growing it.”

The scientists demonstrated this farming in the Kargil and Zangskar regions as well.

Apricot is one of the key commercial crops in Ladakh. Apart from this, the region is abundant in sea buckthorn (Hippophae rhamnoides), a fruit that is rich in vitamins. Despite the potential to grow these crops, there are challenges. The farmers need support for drying and processing apricot, packaging and marketing.

“If there is support for processing, we can get 100 percent tasty and organic apricots. The market value will also go up,” Raj said.

Though apples grow here, fresh apples do not go outside the region due to the presence of codling moth. This insect that infests orchards cannot be easily controlled.

“People here will not agree to spray chemicals as they follow Buddhism practices of not killing any life form,” Tsetan said.

“In the month of September, there is a glut of tomatoes in the market; there is good potential for sundried tomatoes from this region, but the people are not keen.” However, apple juice can be sold locally in bottles without any preservatives.

“We were planning to set up vermicompost as well, but people think the insects will die, and they would not use it,” Tsetan told VillageSquare.in. “Also earthworms need humidity, which is difficult in winter.”

Other than vegetables, there is a strong scope for floriculture. Ladakh produces first-rate gladiolus flowers, and such quality is found only in Holland or France. If greenhouses are available, these flowers can be grown here. However, transportation is an issue as airfreight charges are high.

“We are currently only producing milk, not processing it. If we process it into curd, or cottage cheese, and package it, people can double their income,” Angchok Mahay, district agricultural officer, told VillageSquare.in. “Also, peas can be packaged and sold as frozen peas.”

Where seeds take two years in other places, seeds of high quality can be produced within a year in Ladakh.

“However, for marketing this, we need a seed company certification. We need investments, packaging, and marketing support,” Tsetan said.

Under public distribution system (PDS), people get what they need and hence do not find the need to cultivate wheat or barley. The wheat quota per head has now reduced.

Tsetan said, “We ask them what they would do if all of a sudden PDS distribution is stopped and they have to produce their own food.” He added: “If right technologies are introduced here and products are sold at premium price, migration can also be controlled.”

“Income from tourism is good but not sustainable as we are in the border area, and also prone to disasters. Agriculture, on the other hand, is more sustainable. If agriculture is promoted, it will outdo tourism and increase the income of local people,” Tsetan added.

Disclaimer: This article, authored by Sharada Balasubramanian, was first published in VillageSquare.in. The views expressed by the author are his/her own and do not necessarily reflect that of YourStory.