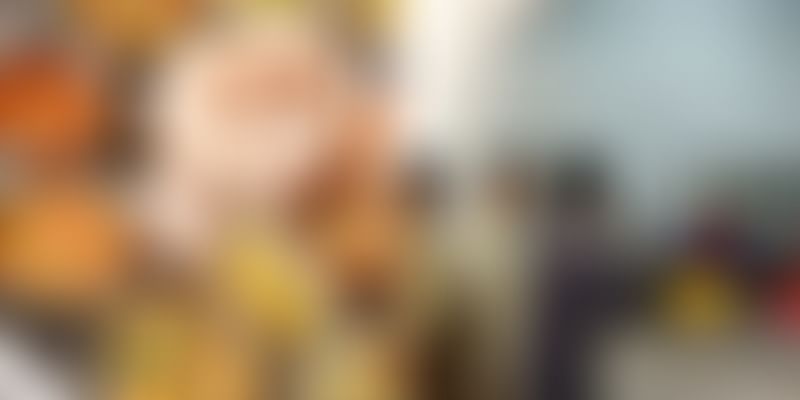 Six Atal Jan Aahaar Kendras have been opened in South Delhi on a trial basis to mark the birthday of former PM Atal Bihari Vajpayee. The scheme was launched as part of Atal Jan Aahar Yojana, and aims to open such centers all over Delhi within the next year, and start providing dinner as well.

The meal - a combination of food items like rice, rajma, vegetables, puri-sabzi, and chapattis, will be available on all days from 11 am to 2 pm. Talking to India.com, South Delhi's Mayor Kamaljeet Sehrawat said,

“An important promise made in the election manifesto is being fulfilled on the Good Governance Day celebrated on the birth anniversary of former Prime Minister Atal Behari Vajpayee. The scheme is being implemented in a phased manner. It will be expanded to add more centres, and distribution timings will be extended to include dinner as well.”

At present, the kiosks - 9 feet by 5 feet in size - have been set up in Okhla Mandi, Raghubir Nagar, Kakraula Mor in Najafgarh, Matiala chowk, Green Park/AIIMS, and in Shalimar Bagh.

On the very first day, people from all walks of life from rickshaw pullers and mechanics to corporate officials ate at the Atal Jan Aahaar Kendra. Ram Paswan, a labourer, who ate from the kiosk near AIIMS, told The Indian Express,

“You cannot find such food for Rs 10 anywhere in Delhi. We don’t even mind paying Rs 20 if they maintain the quality. Most of these schemes start off well, but slowly deteriorate.”

As the civic body plans to set up more centers in coming months, it is essential to make sure that the quality of food is not compromised.

Indira Canteens, Bengaluru's promise of affordable meals - where do they fall short?