A new year, a creative you: 80 provocative tips from Rod Judkins, author, ‘The Art of Creative Thinking’ 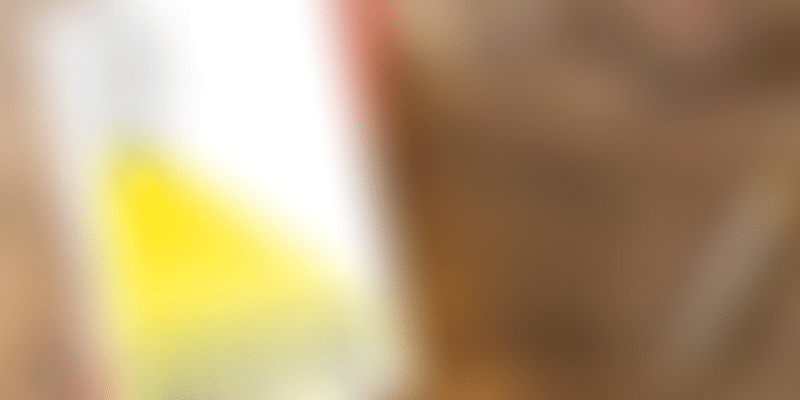 If your New Year resolution is to be more creative, then this is the book for you. If losing weight is what you are after, then we can talk about it some other time!

“Creativity is not a professional activity – it’s a way of relating to your life. Creativity is about creating yourself, creating a better future, and taking the opportunities that you are currently missing,” says Rod Judkins, lecturer at Central Saint Martin's College of Art, and blogger at Psychology Today.

“Creativity can transform everyday life,” he says. His handy little book, The Art of Creative Thinking, draws on the habits of a wide range of successful people, along with his own insights into the creative process.

Rod’s other bestselling book is Ideas Are Your Only Currency. He aptly describes himself as a “hunter-gatherer of creative techniques.” See also my reviews of the related books 12 Steps to Creativity (Michael Atavar), Creativity Now (Jurgen Wolff), and Steal like an Artist (Austin Kleon).

The book’s 280 pages have over 80 short chapters, with lots of nuggets, quotes and illustrations. There is no table of contents or a methodology proposed, and this may come across as contradictory or even messy. But then, perhaps that’s the nature of creativity after all. Here are some of my clustered takeaways from this brilliant book.

Be a beginner, forever

“Make the most of inexperience. A beginner has a fresh perspective,” says Rod, and this is good for startups because they have no preconceived notions of what is right or wrong in some contexts.

For many experts, knowledge becomes a repetitive ritual – which is why some companies use job rotation or a buddy pairing system to give employees new insights. “Constantly search for new ways of doing the same things,” Rod advises.

Age is also not a hindering factor. Alfred Hitchcock’s suspense works hit the stride after the age of 50. “Maturity is an advantage when it comes to creativity,” says Rod; it gives you more material to draw on and mash up.

“Fear of failure is a great motivator and it keeps the creative ego in check,” says Rod. Even negative feelings can be channeled into something useful. It is also OK to feel inadequate or not accomplished. Self-doubt keeps you on your toes and fights over-confidence.

Creativity is about experimentation. “To get into the creative mindset, you have to accept that there will be a lot of fruitless attempts, even disasters. There is no way of knowing what will work and what won’t, but every failed experiment will teach you something new,” Rod explains. “If things are running too smoothly, it is a sign that you’re not experimenting enough,” he jokes.

Accidents can also open the way to fresh insights. Edouard Benedictus discovered the properties of cellulose nitrate when he accidentally dropped a glass beaker and noticed an unusual break pattern – leading to the invention of safety glass. “Accidents generate new perspectives,” says Rod.

Django Reinhardt lost the use of some fingers in a fire – but pioneered a new style of playing guitar and become a renowned gypsy jazz guitarist. Frida Kahlo had polio and later met with an accident. But she channeled her pain into an unusual painting style. Beethoven became deaf but converted his pain and disappointment into uplifting music.

Have role models – but be yourself

It is natural to look up to established professionals and want to emulate them – but you can actually go beyond that when you become yourself. “Make the most of your experiences,” says Rod – that is where originality comes from.

Creative people accept their own strengths as well as weaknesses. Creative people are generators and “weapons of mass creation,” and go beyond early phases of imitation. “The most courageous act is still to think for yourself,” says designer Coco Chanel, who refused to follow conventions that fashion should be uncomfortable.

Sometimes the student can even excel the master, as in the case of Nikola Tesla who was hired by Thomas Edison and went on to pioneer AC electricity over DC. In other cases, self-taught people can come up with products that apprentices may not have thought of, such as John Harrison, who invented the chronometer.

Creative people accept criticism from others but adapt and persevere nonetheless. “You often have to create a strong foundation with the bricks thrown at you,” says Rod. Follow your own interests even if others see no value in it in the beginning.

For example, the scientist S. Chandrasekhar taught a class on astrophysics which drew only two students. Though others made fun of this low attendance, all three eventually won a Nobel Prize.

Commit to questioning and improvement – but switch off periodically

But having curiosity and skill is only a start – you need to keep refining your abilities and become better. Talented is good, lazy is not. The Beatles are a good example of a band that perfected their music through thousands of performances and continuous experimentation.

In ideation sessions, the first few ideas come easily. The next batch, the ones you really have to push yourself hard to generate, are sometimes the most useful.

Creativity requires drive and grit – but you also need to switch off occasionally. Rest and sabbaticals help refreshment and rejuvenation.

Some innovations can come out of mimicking other domains. Nature is a great source of inspiration, as seen in the Bird’s Nest Olympics stadium in Beijing. The Sydney Opera House was inspired by a cut-up orange. Velcro was inspired by seed hooks which clung to sheep fur. “Nature is creative by necessity. It is the consummate problem-solver,” observes Rod.

At the same time, you can make an impact by being different, such as the design of the Guggenheim Museum or Steve Jobs’ Mac and Cube. While many creative people have a clear process, some have embraced randomness – such as author William Burroughs, who would integrate sentences from newspapers into his work for unusual effects.

Extend your creativity to new dimensions

Look at the modular components of your work and see if they can be applied elsewhere. Owen Maclaren designed foldable undercarriages for World War II fighter planes – and extended these principles to foldable prams and carriages.

Follow your curiosity to new domains even if you don’t know what the end may be – and your creativity will throw up new ideas and products along the way. Miuccia Prada was a fashion powerhouse but also an art curator, film producer and architect. “We have to keep searching,” says Rod.

Alexander Fleming was a scientist and a water colour painter. He collected bacteria for their colorful properties and not just practical use – this led him to stumble onto the discovery of penicillin.

The author also gives other tips on topics such as lifestyle and humour. “Humour is a pattern-switching process,” says Rod. Many of Andy Warhol’s painting started off as a joke about money, but became worth millions.

Novelist Hunter Thompson, author of Fear and Loathing in Las Vegas, did not become rich but was not poor either – he chose to live the writer’s lifestyle that suited him. He chose a way of life rather than a pre-defined goal. “The creative person’s work and life are one, inseparable. They are their work,” Rod explains.

There are numerous other principles of creativity that go in seemingly contradictory pairs, but can alternate with one another, eg. immerse in crowds but also unplug; suspend judgment but have a strong opinion; go for public roles but value obscurity; there is more to it than money but money can be a great friend; create a unique style but share knowledge openly.

The intriguing list goes on: search outside but also look within; value order but enjoy chaos; look at what’s happening under your nose but also over the horizon; accept rejection but also reject acceptance; give people what they want but also provoke them; find creativity in tradition but also in science fiction.

The book ends with some unusual creative exercises: pick a fight with yourself, rename yourself, go overhear random conversations. Creativity requires dedication as well as mental liberation. “Make freedom a career,” Rod signs off.