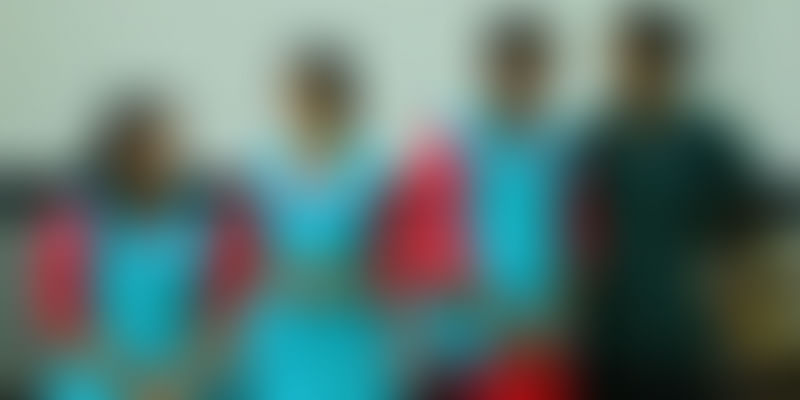 There was a time when transgender people were not welcome or accepted in workplaces, but today, especially with states like Kerala introducing their transgender policy, the atmosphere has changed for the better.

The journey towards equal opportunities has only just begun, but the struggle is far from over.

Ragarenjini, Sandra, and Karthika are beacons of hope for many others who aspire for regular jobs and a life of dignity and acceptance.

Ragarenjini’s firm handshake exuded confidence, and she seemed quite at ease in her pink-and-green salwar kameez — the Kochi Metro uniform. She guided me through the ticket counter of the metro, towards a train. Guiding passengers to the train is Ragarenjini’s job — a job she does well and with sincerity, just as any of the other employees hired to do the same. But her similarities with her co-workers in customer care end there.

Ragarenjini, 37, is among the 20 transgender people Kochi Metro hired last May across various positions in ticketing and housekeeping. After the initial hiccup, Ragarenjini has now settled into her job. She was quite enthusiastic to join customer care and help commuters. Although her female and male co-workers were initially distant, they have now warmed up to her and the others like her. “Our coworkers are now approachable and helpful.” Ragarenjini is more at ease with the way things are now.

She was previously employed in a high-paying hotel job. All was well until she revealed her trans identity — a truth that cost her the job. So getting this job where she did not need to hide the truth has indeed been a blessing.

There was a time when transgender people were not welcome or accepted in workplaces, but today the atmosphere has changed for the better. Things started to look up for members of the transgender community when Kerala introduced the Transgender Policy in 2015, after which those from Kerala living outside the state gained the confidence to return to their home state and look for jobs.

The ride has been smooth, but not without its fair share of challenges. The biggest challenge for the transgender individuals at the Metro, however, has been to educate their colleagues about their gender identity.

Leave alone working with members of the transgender community, some employees had never even seen or known anyone like them. Besides, they also had to dispel the notion that all transgender individuals doubled as sex workers.

The police in Kerala, too, had been accused of hounding the transgender people and calling them sex workers for several years.

Sandra Larwin, 28, who was crowned Miss Beautiful Smile in a 2017 beauty contest for transgender people organised by Dhwayah Arts and Charitable Society in Kochi last year, joined Metro’s housekeeping department. She was, however, not as fortunate as her other transgender coworkers.

“I had to counter a hostile atmosphere and long working hours. I even had a colleague tell me once that people from my gender are being hired to prevent transgender people from indulging in sex work,” Sandra says.

She even mentions about the condescending attitude of some of her coworkers who are convinced all transgender people are sex workers — a misconception perpetuated that has been by media reports of transgender people indulging in sex work after their work hours at Kochi Metro.

But, Sandra has remained unfazed by such sneers. Instead, she has gone all out to educate her coworkers about her gender, their way of life, about the differences between a hijra and a bisexual and many more such things about the transgender community.

“True, there are sex workers among us, but it is not as if all of us do anything that’s illegal,” says Sandra. She also points to harassment by the police security personnel at Metro stations, but only has positive words for passengers. “They mostly behave decently with us. If I notice any signal of a bad behaviour from customers, I move away from the situation.”

Sandra’s efforts at educating her colleagues and bringing awareness among them seem to have paid off, because now most of her co-workers seem to have understood at least something, not just about her community but also their way of life. It has not been easy trying to get others to understand their perspective, but it has been worth the effort. “Now, they treat me well,” she says.

Karthika, 36, joined Metro as a housekeeping staff after a three-year sabbatical. Unlike Sandra, however, Karthika is a post-graduate in MSc Biochemistry. “We are not competing with the other two genders, we are just learning from them,” she says.

Before joining the Metro, she worked at a call centre and a medical lab. Karthika reveals that she has never hidden her trans identity. Born to middle-class parents who were open to her trans identity, she received a good education. Very early on, Karthika realised that losing or hiding her identity was as good as being non-existent or dead. “I am in charge of my gender identity,” she says.

So when the job openings came up at Kochi Metro, Karthika applied and was recruited as customer facilitator. But her alternate shifts demand that she report for work as early as 5.45 am. Her biggest concern was reaching on time as her home is some 15 km away from her workplace. But her apprehensions about her workplace dissipated when she joined because of helpful coworkers, especially women. She speaks highly of her senior colleagues as well. “They assign work equally,” she says. “As for customers, in case of a bad behaviour, I stop them.”

For the commuters, after the initial amusement of seeing transgenders at work, it’s back to normal, and gender has faded into the background. To them, customer-care people are just customer-care people, whatever the gender. Arjun, a 20-year-old student, and regular commuter, doesn’t think much of it. “Yes, I have seen them in the Metro,” he says nonchalantly.

After nine months, transgender employees at the Metro get both good and bad vibes from customers and coworkers alike.

Kochi Metro’s transgender employees face a host of unprecedented problems. Lack of gender-specific washrooms, accommodation problems, and commuting costs are among the most common. The workplace does have washrooms for men, women, and people with disabilities, but there is no specific washroom for the transgender community. As an adjustment, transgender employees at the Metro have begun using washrooms meant for people with disabilities, but with much discomfort. Outside of the workplace, the problem lies with finding a home away from home. While some of them live with their families and commute daily, others stay in the city and often cannot find accommodation. As the stigma against transgender individuals persists in society, most are not allowed to rent homes or lodges. If it is not for the lodge owners turning them away for fear of police harassment or because of prejudice, it is the high room rent that puts transgender employees on the back foot. With salaries below Rs 10,000, paying for rents as high as Rs 600–700 a day can be a big strain. Cost is also an issue when it comes to commuting. As most transgender people avoid public transport to circumvent harassment, commuting becomes costlier because they have to depend on taxis and autos or use their own vehicles.

“Bringing transgender people into the mainstream is a huge challenge. Providing them with a job is not a be-all-and-end-all solution, but it has highlighted some of their issues. They are hard working and make efforts to gel with the mainstream,” says Reshmi CR, corporate communication personnel of Kochi Metro.

The presence of the hitherto-marginalised transgender community in the workplace now has forced the society and lawmakers to sit up and notice the problems the community faces. Gender activists have been demanding hostels for them as not all transgender employees have the luxury of going back home or having home-packed food.

Kerala’s Social Justice Department has proposed a toilet for transgender people at the KSRTC depot in Ernakulam. Although this may take quite a while to become a reality, an initial step has been taken, and washrooms for the third gender may soon be as common as they are for men, women and people with disabilities.

The government has taken baby steps towards the development and inclusion of the third gender. There is a long way to go, but these are moves in the right direction. As for the transgender community, their voices are now being heard, but their struggle for a life of dignity continues.