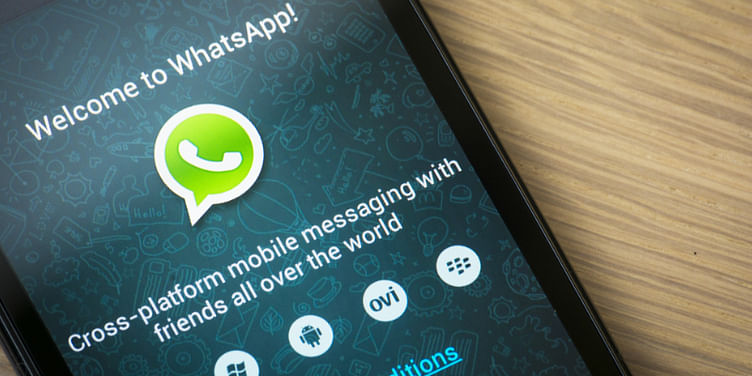 After German cryptographers reported flaws that make it possible to infiltrate WhatsApp's private group chats without admin permission, the Facebook-owned messaging platform said its end-to-end encryption is impeccable, and its over one billion users are at no data breach risk.

According to a report in Wired.com, cryptographers from Ruhr University Bochum in Germany told a gathering at the "Real World Crypto Security Conference" in Zurich on Wednesday that "anyone who controls the app's servers could insert new people into private group chats without needing admin permission.

"The confidentiality of the group is broken as soon as the uninvited member can obtain all the new messages and read them," Paul Rosler, one of the Ruhr University researchers, was quoted as saying.

The report, however, did not document any threat to the way end-to-end encryption protects the content of messages sent on WhatsApp.

Reacting to the report, Facebook Chief Security Officer Alex Stamos tweeted: "Read the Wired article about WhatsApp -- scary headline! But there is no secret way into WhatsApp groups chats. The article makes a few key points."

In a statement to IANS on Thursday, a WhatsApp spokesperson said: "We've looked at this issue carefully. Existing members are notified when new people are added to a WhatsApp group. We built WhatsApp so group messages cannot be sent to a hidden user.

"The privacy and security of our users is incredibly important to WhatsApp. It's why we collect very little information and all messages sent on WhatsApp are end-to-end encrypted," the spokesperson added.

According to the report, the attack on WhatsApp group chats takes advantage of a bug.

"Only an administrator of a WhatsApp group can invite new members, but WhatsApp doesn't use any authentication mechanism for that invitation that its own servers can't spoof," the report said.

So the server can simply add a new member to a group with no interaction on the part of the administrator.

"The phone of every participant in the group then automatically shares secret keys with that new member, giving him or her full access to any future messages," the report added.

WhatsApp provides users with multiple ways of confirming who will receive a message prior to it being sent.

In every WhatsApp group, users see a special blue message when someone joins or leaves a group.

The membership of a group can be seen by tapping on "group info".

For additional security, users can easily verify the security code of other group members.

With over 1.2 billion monthly active users, WhatsApp is available in more than 50 different languages around the world and in 10 Indian languages.

WhatsApp is also testing a feature where it will likely give group administrators more powers where they will be able to restrict all other members from sending text messages, photographs, videos, GIFs, documents or voice messages in case the admin thinks so.

According to WABetaInfo, a fan site that tests new WhatsApp features early, the popular mobile messaging platform has submitted the "Restricted Groups" setting via Google Play Beta Programme in the version 2.17.430.

Once restricted, other members will simply have to read their messages and will not be able to respond. They will have to use the "Message Admin" button to post a message or share media to the group.