Rohan Bopanna talks about his love for tennis and blending coffee 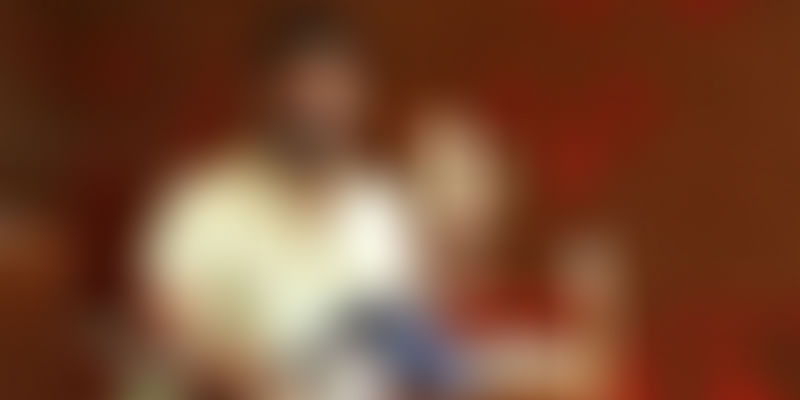 At the launch of Rohan Bopanna’s Master Blend, the tennis player spoke to YourStory on his love affair with coffee and tennis, and how the two intermingled.

“Tennis will always be my first love. This morning, I practised before coming in,” says Rohan Bopanna at the launch of his coffee brand - Rohan Bopanna's Master Blend - at Bengaluru’s The Flying Squirrel. It has been two days since he is back from the Australian Open where he competed in the mixed doubles finals with Timea Babos.

It is a pleasant Tuesday afternoon, and as always, The Flying Squirrel is packed with people. This time around, however, it is for the launch of Rohan Bopanna’s coffee.

The room is packed with people trying their hand at coffee-tasting, and with coffee beans and brews in glass cups, people speak of flavours and aromas.

For the love of the bean

From tennis to coffee? There is a reason for the journey, a smiling Rohan says,

“Coffee was there in my life before tennis, I have grown up in the coffee farms and estates in Coorg. I picked up my love for coffee when I was 10. Living in the estate for 14 years, I grew up with the smell and taste of coffee.”

Even after gaining international repute as a tennis player, for Rohan, coffee continued to be an integral part of his journey. When players in the tennis circuit figured out that Rohan had an estate, and was a coffee connoisseur, they would try freshly brewed and blended coffee.

“I would travel with the coffee, and give it to few coffee lovers, who enjoyed it. I realised that a lot of people loved coffee, and my dad takes care of our coffee estate and farm like it is his own child. It got me thinking, and I decided to make my own blend,” says Rohan.

Tej Thammaiah, one of the founders of The Flying Squirrel, happened to be a family friend. While in conversation one day, Rohan and Tej decided to collaborate. Over the next six months, along with the founding team of The Flying Squirrel, Rohan went on to taste and try different blends. It was after several trials, and errors, did they come out with the final version of the master blend.

After Wimbledon, Rohan was in Coorg and worked on tasting the different kinds of coffees. He did so after most tournaments, and intends to do so to launch other blends as well. “It was a completely new experience for me as well. Over the last few months, I have developed a palette, and have started identifying the different flavours - woody, spicy, acidic and tastes. Earlier, it was just the fruit, now it is a lot more,” says Rohan.

Rohan decided to first launch the coffee at a tennis tournament in Pune because he felt coffee and tennis went well together. Since Rohan’s main focus is tennis, the packaging, distribution and logistics are handled by the team at The Flying Squirrel.

The Rohan Bopanna’s Master Blend is a made from Arabica coffee beans from his farm. “This brings in a more fruity and acidic flavour to the coffee,” says Ashish D’Abreo, Co-founder The Flying Squirrel. The company, apart from a coffee shop in Koramangala, Bengaluru, also produces and sells coffee.

“We ensure that every coffee we serve or sell is freshly made. We experiment with different flavours, what blends and taste palettes work well matters,” says Ashish. Currently, Rohan Bopanna’s Master Blend will be available at the online store, and in stores, and is priced at Rs 449 for 250 gm.

This is the first blend, the team is working on launching other blends as well. “We don't want to rush into it, we want to start it slow,” says Rohan.