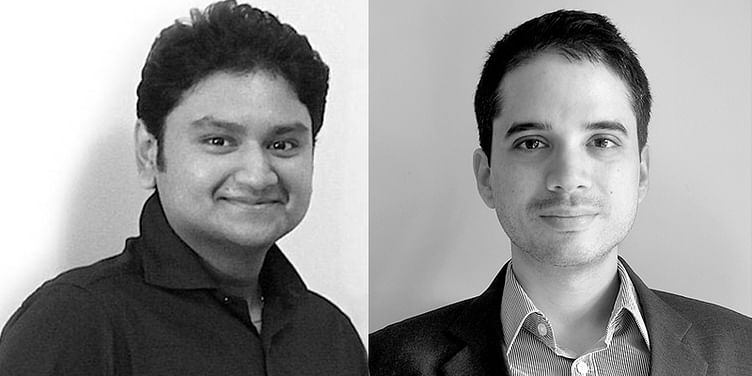 “We studied military deception. The greatest generals in history – from Genghis Khan to Napoleon – relied on deception to defeat their opponents,” says Sahir Hidayatullah, Co-founder and CEO, Smokescreen.

Banking on the method of deception and translating traditional military principles to cyberspace, Sahir and Raviraj Doshi founded Smokescreen in the sector of cybersecurity, which is nothing short of a battlefield as per the two founders.

IllusionBLACK, the company’s security product, uses machine learning and data-science to study a network and automatically create thousands of fake ‘pots of gold’ (traps) or mimics of an original system for a hacker to go after, keeping the assets of the main system untouched.

IllusionBLACK layers deception on endpoints, on servers, and practically anywhere the hackers might possibly attack. Sahir claims that these traps are so realistic that they can engage a hacker for days while the security team learns everything about the attack.

The decoys are created for Internet of Things (IoT) systems, supervisory control and data acquisition (SCADA), industrial control systems, as well as for specialised environments such as SWIFT servers in banking. The product has a user interface that lets security teams visually reconstruct exactly what the attacker is doing in real-time.

Talking about the clientele, Sahir reveals Smokescreen solutions protect some of the most highly-targeted organisations globally, including leading financial institutions, critical infrastructure, and Fortune 500 companies.

For its innovative offering, Smokescreen has also won some awards. It recently bagged the NASSCOM-DSCI Excellence Award for Security Product Company of the Year, won the CISO Platform Top Indian Startup of 2017, and has also been recognised by Gartner as a Cool Vendor in Artificial Intelligence, 2017.

From ethical hacking to a security product

“The team behind Smokescreen comes from an ethical hacking background, so we know exactly how the bad guys break in. We started Smokescreen because we were tired of the stream of security products that claimed to solve the problem, but always seemed to fail because they didn’t understand the motivations of the modern hacker,” adds Sahir.

Sahir recalls the first time their technology worked to detect 13 infected ATM machines, in a large financial institution that claimed to be guarded by some of the best security tools available. Though it was a new product, IllusionBLACK displayed accurate results and the bank became Smokescreen’s first customer.

The founders of Smokescreen, Sahir (CEO) and Raviraj (CTO), have been working together for over a decade. The duo founded their first cybersecurity company Siegecraft, in 2010, and have continued to work together since then.

Sahir is a serial cybersecurity entrepreneur. His past ventures have investigated numerous high-profile data breaches, with clients spanning critical infrastructure, global financial institutions, and Fortune 500 companies. One of his past works has also been a cover story in Fortune India magazine.

Raviraj has over 13 years of experience in information security including digital forensics, penetration testing, and secure code reviews. He specialises in incident response for advanced persistent threats. He is also the co-inventor of a patent-pending technology in the field of stealth malware detection and has been closely associated with the law enforcement authorities for cyber-crime.

Considering the booming potential of the sector, several startups are trying to create their niche. Companies like Data Resolve, Innefu Labs and Quick Heal Technologies are some of the competing businesses in this space.

However, Smokescreen is banking on its innovative technology and long years of experience in ethical hacking to disrupt the space.

“Our competitors view cybersecurity as a technology problem. For us, the attacker is a human, with economic, financial and cognitive motivations. We understand the bad guys better than anyone else because we think exactly like them. It’s in our DNA,” adds Sahir.

Smokescreen is bootstrapped, debt-free, and profitable, claiming to have enough organic revenue to support its current growth plans.

The company is generating revenue by selling perpetual and subscription licenses for its technology, along with support services for incident response and red-team assessments (where it helps customers figure out how to better protect their network by breaking in and showing them the loopholes, and how to detect a breach).

“From inception, we’ve focussed on having the unit economics right and building a business. We have plenty of interest from tier-1 Silicon Valley VCs, but we don’t need the money right now and we have grown at over 200 percent CAGR,” adds Sahir.

Smokescreen is currently expanding its presence overseas, setting up regional offices in other geographies, and building out its partner distribution model. The company is also planning to launch two new products in 2018 that aim to take its technology to a whole new level.